From July 2019 Elizabeth Gaskell’s House will be exploring the friendship between the Gaskell family and John Ruskin in a new year-long exhibition as part of The Ruskin Bicentenary.

Often at odds with their contemporaries, John Ruskin and Elizabeth Gaskell were controversial writers, often sharing the same ideals. Elizabeth openly took sides when Ruskin’s wife, Effie, left him, commenting in a letter that “…She really is very close to a charming character; if she had had the small pox she would have been so.”

This new exhibition takes us from the studios of the Pre-Raphaelites and the Italian grand tour to legacies in education and social reform, showing us that the often-overlooked contributions of Ruskin and the Gaskells continue to the present day. 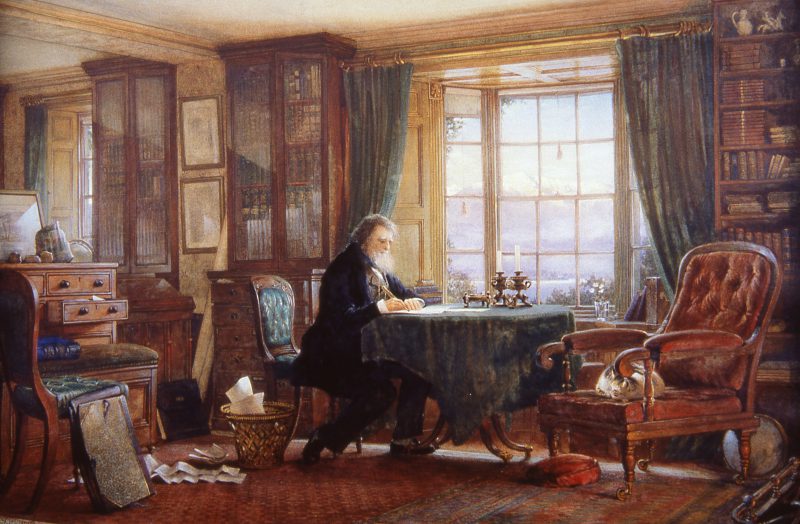 Ruskin in His Study at Brantwood. Supplied and owned by The Ruskin Museum, Coniston

Ruskin gave some of his most important lectures in Manchester, and the people of Manchester responded positively to him. Some of the city’s most influential people were inspired by his teaching and Mancunians formed the first Ruskin Society and the first exhibition dedicated to him (1904). A number of the city’s institutions, including Elizabeth Gaskell’s House, are collaborating to present events and displays to mark his bicentenary during 2019. See The Festival of Ruskin in Manchester website for more information

A programme of family events and a lecture series will run alongside this exhibition.

The exhibition is included in House admission. £5.50 or £4.50 for concessions and tickets are valid for 12 months.