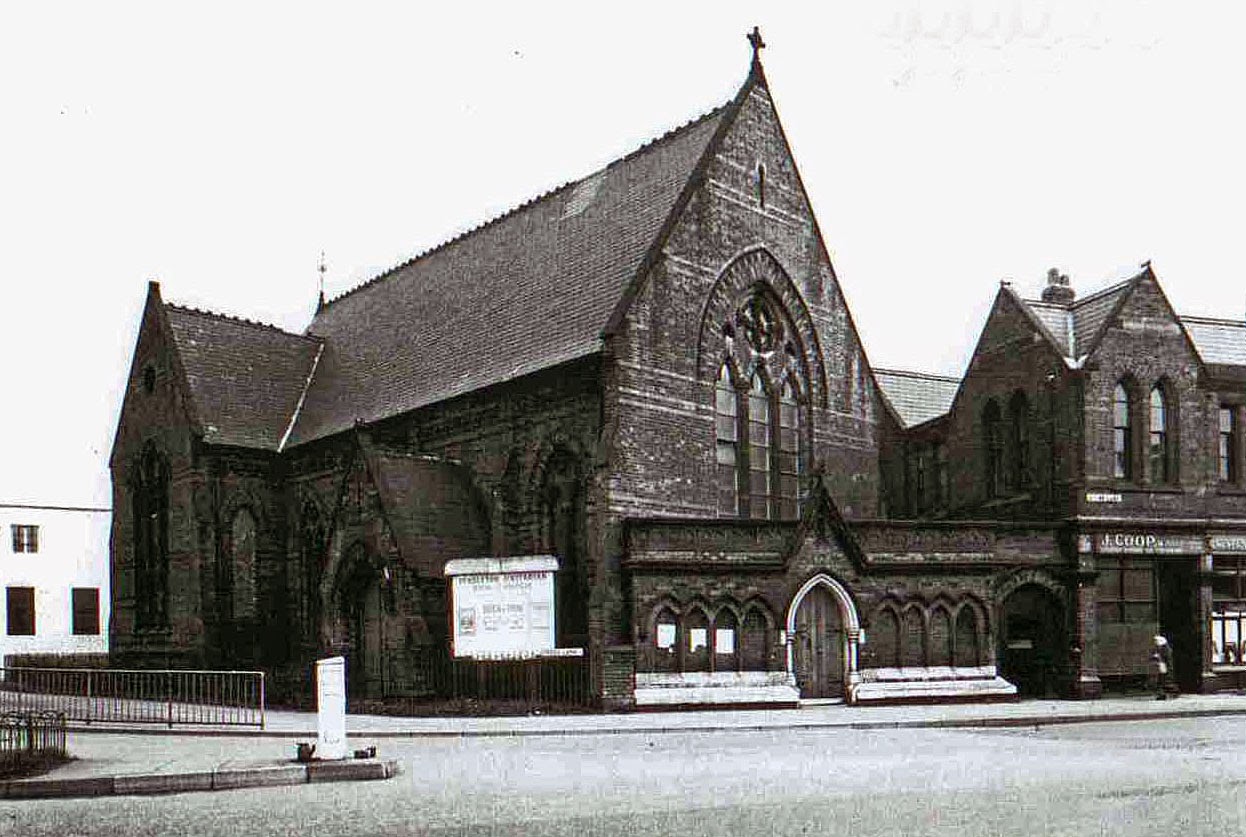 The last blog about the Bowes family explored their Unitarian connections but there’s more to learn about an interesting literary friendship Arthur Bowes had!

Arthur Bowes, who is our volunteer Jane’s great grandfather, was born in Pendleton in 1858. In 1872, when he was 14, he briefly attended a Quaker boarding school in Alderley Edge. The Lindow Grove School/Academy – it seems to be called both in the records we’ve found – was run by a James Wood. It functioned as a school between 1865 and 1894 in what is now the Merlin pub, on the road from Wilmslow to Alderley Edge village. An advertising leaflet for the school promised baths (but didn’t specify if these were for swimming or general washing!), a gymnasium and a carpenter’s workshop. Why was Arthur Bowes sent to a Quaker school? Perhaps for his devout Unitarian father Isaac, it was the nearest or considered the best non-conformist school in the area.

Another pupil at the school at the same  time was the young George Gissing –on his way to becoming a celebrated novelist. Arthur and George were together at Lindow Grove in 1872 and became firm friends. We get some sense of the depth of their friendship from one of the letters George wrote to Arthur after Bowes had left the school. On April 23 1873, Gissing writes: ‘I turn again to enjoy it by myself, knowing that there is no other, no, to the shame of the school be it said, not one other, who would intelligently appreciate what I know you would.’

After he left the school, Arthur Bowes kept a diary from April 1873 and August 1875 and records many occasions when he met George Gissing – going to the theatre seems to have been one of their favourite occupations. A diary entry from September 1873 reads: ‘Went with George Gissing to the Princes Theatre to see Phelps in the character of Malvolio in Twelfth Night. Enjoyed ourselves immensely. It is the annual Shakespearean revival.’

The eighteen letters Arthur Bowes had from George Gissing between April 1873 and June 1874 are an extraordinarily important part of George Gissing’s biography, illuminating the ‘lost’ years between 1871 and 1876 when there is little other information about him. Apart from two letters he wrote to his mother, the only record of Gissing’s life from 1873-1874 comes from the letters he sent to Arthur Bowes. The correspondence between the two young men has been closely studied and published through the Gissing Society. Links to an article by Pierre Coustillas can be found here, and a long article which gives a fuller picture of the Arthur Bowes diary by Markus Neacey can be found here.

And as an interesting Gaskell aside here, Arthur Bowes also records in his diary that he attended a: ‘Lecture on James Hogg by Gaskell – I took this down in shorthand.’ Was William Gaskell exploring James Hogg’s rather peculiar book ‘The Private Memoirs and Confessions of a Justified Sinner’? We wonder…

George Gissing attended Owens College- the forerunner of Manchester University. He began his studies in 1872 at the same time as continuing his schooling and undertaking some tutoring at Lindow Grove School. The College was a Manchester landmark and a source of pride to the community. William Gaskell was a teacher there, establishing evening classes and in 1878, he founded  a Gaskell Scholarship to Owens College for Third Year students of the Unitarian Home Missionary Board. Arthur Bowes makes an entry in his diary about a visit he makes with Isaac in September 1873: ‘Went with Father in the afternoon to see the new Owens College up Oxford Road – fine building.’

So why did they lose touch? Jane thinks that it was partly due to their lives diverging – George Gissing studying at Owens College and Arthur Bowes pursuing his successful business career. Arthur must also have been shocked by Gissing’s expulsion from Owens College in 1876 for stealing. Gissing was prosecuted and sentenced to a month’s hard labour in Belle Vue prison in Manchester. Perhaps at his point Arthur Bowes felt it was unsuitable to pursue his friendship with Gissing?

But Arthur Bowes always remembered his friend and wrote a touching tribute to him after his death which was published in the Alderley and Wilmslow Advertiser of January 22, 1904: ‘Thirty years ago George Gissing was counted amongst my dearest friends, and his character and guidance exerted an influence on my whole life for which I am still his debtor.’

Such an interesting story – worthy of Elizabeth Gaskell at her best!