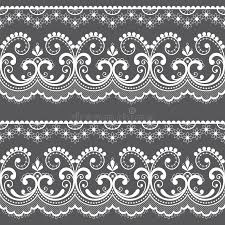 Dressing to Impress – Elizabeth and Lace

Lace has historically been associated with dressing to impress as it was an expensive commodity. It was originally made by hand: point lace was made using needles while bobbin lace or pillow lace was, as the name suggests, made on a pillow using bobbins. Other types of lace include crocheted lace and tambour lace which is made by embroidering net once it has been stretched over a frame. Lace collars, cuffs and jabots were popular fashion accessories and lace edging was often added to petticoats and household linen. Lace was a treasured possession, passed down through families and it carried a degree of social status. When John Ruskin gave his lecture, ‘A Joy for Ever’,  in Manchester in 1857, he highlighted two particular features of lace: ‘the wearer of it has worthiness or dignity enough to obtain what is difficult to obtain, and common sense enough not to wear it on all occasions’.

Over the years, however, lace saw many fluctuations in popularity, not least after its production became mechanised during the late 18th century. Mechanisation meant cheaper lace which was more readily available but which was also generally of inferior quality. Thus hand – made lace took on an exclusiveness which added to its status and value.  In February 1840, the young Queen Victoria chose white Honiton lace for her wedding dress which started a trend in white wedding dresses and increased the popularity of lace.

Lace also features in much of Elizabeth Gaskell’s work. Elizabeth was very fashion-conscious, and her letters constantly refer to dress: styles of sleeves, collars, types of fabric and trimmings, an interest which is reflected in her novels.

Because of its delicacy, lace dresses were reserved for very special occasions, balls or parties and its price made it a fabric chosen by the wealthy. In Ruth, the wealthy Miss Duncombe has damaged her delicate lace gown at a ball and Ruth, a young dressmaker, is called on to repair the damage. Similarly, in her own letters, Elizabeth writes about a christening party she attended in Broughton at the home of a wealthy American businessman, Samuel Bradford and his wife, Julia, during the summer of 1838. Elizabeth gives a detailed account of Julia Bradford’s clothes: ‘worked white muslin over white satin shoes, Brussels lace and flowers in her hair’ (p. 18), an outfit which Elizabeth clearly felt enhanced the woman’s beauty.

Much of Elizabeth’s writing presents lace as a prized possession, something to treasure but which also made strong connections with the past.  In Wives and Daughters, you can hear echoes of Ruskin as Elizabeth describes the ‘kindly old maids…[who] aired their old lace and their best dresses’, for a charity ball. (ch 26) This ‘old lace’ endows the wearer with the dignity and social status that has gone from their lives with age and poverty, it has become the ‘sole relic of better days’ (Cranford ch 8). However, the better days mentioned here may also refer to the days of hand-made lace, a commodity which ‘cannot be got now for either love or money; made by the nuns abroad, they tell me.  They say that they can’t make it now even there’.  (Cranford ch 8)

In North and South, Mrs Hale who values her family heritage and believes she has married beneath her social status, values Mrs Thornton’s old lace which she recognises was ‘of that old English point which has not been made for this seventy years, and which cannot be bought’. Suddenly the mill owner’s mother is elevated in status because of her lace which is seen as a symbol of wealth, breeding and taste. As a representative of the old English gentry, Mrs Hale spurns the social standing achieved through commercial enterprise-the nouveau riche, yet she is forced to re-assess Mrs Thornton in the light of her ‘ancestral lace’ which made the mill owner’s mother ‘worthy of something more than the languid exertion to be agreeable to a visitor’.  (ch 7) Lace also becomes one means through which Elizabeth reveals Mrs Hale’s shallowness and snobbery.

The value of lace is also emphasised in Morton Hall when Ethelinda and her sister prepare a body for burial Ethelinda ‘plaited up my lace into a close cap to tie up the wasted features’ a last act of love. However, Elizabeth’s wit and keen observation reveals the dark side of funerals through focussing on the lace:

‘I did hear that one or two of the more ill-conditioned had said, it was not for nothing we had kept the death to ourselves for two nights; that, to judge from the lace on her cap, there must have been some pretty pickings’ (ch 2)

Of course, as a conscientious housekeeper, Elizabeth passes on to her readers instructions on how to care for family lace. In Cranford, Mrs Forrester tells Lady Glenmire:

‘I treasure up my lace very much.  I daren’t even trust the washing of it to my maid….  I always wash it myself… Of course, your ladyship knows that such lace must never be starched or ironed.  Some people wash it in sugar and water, and some in coffee, to make it the right yellow colour; but I myself have a very good receipt for washing it in milk, which stiffens it enough, and gives it a very good creamy colour….and the beauty of this fine lace is that, when it is wet, it goes into a very little space.’

Elizabeth re-enforces this fact in Wives and Daughters, where Miss Browning is found ‘pulling out my grandmother’s lace which I’d been washing’.

In 1855 Elizabeth’s friend, Janetta Mitchell is left some valuable antique point lace dresses. Which she hopes to sell to raise income. Elizabeth writes to Maria James in January 1855 …

‘… I am coming to you about advice as to a good shop to sell old point lace; of which a poor friend of mind (sic) has had a valuable legacy, -… she is anxious to make the most of it, and has requested me to get them valued, if not sold for her in London.’ (153)

« Heirlooms and Treasures
Being a Trustee at Elizabeth Gaskell’s House »