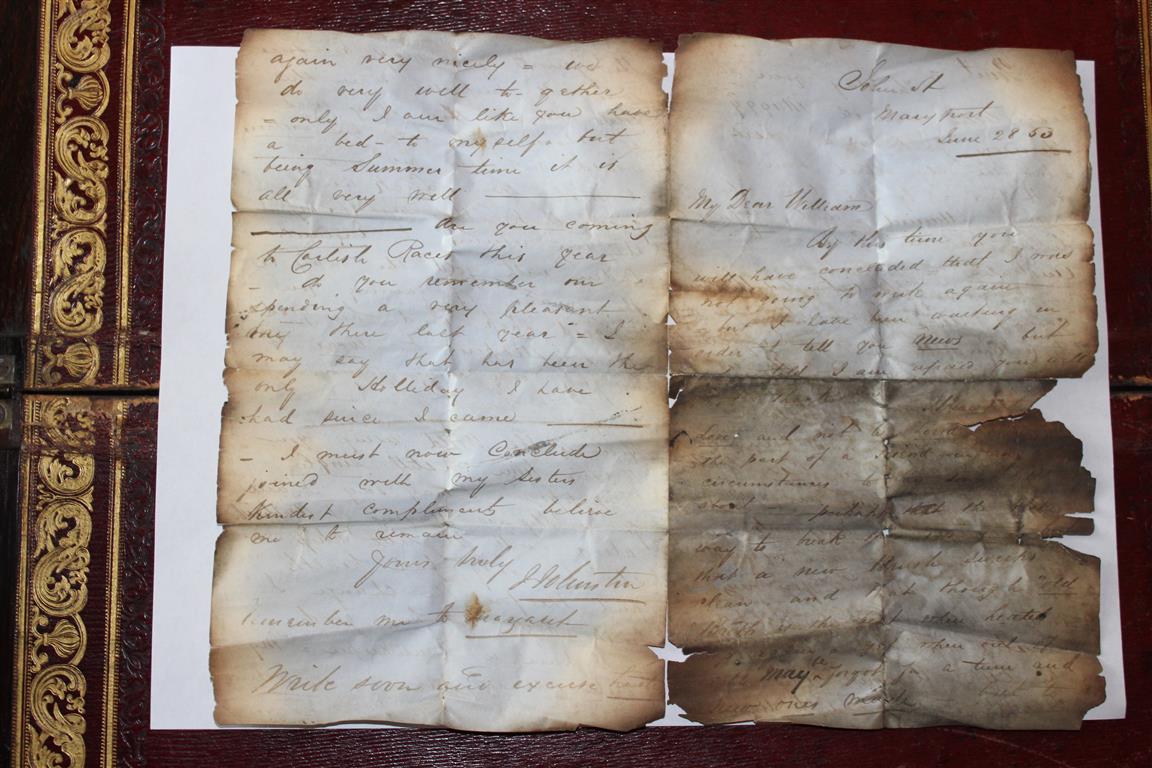 A Letter to William: Reconstructing the Past

In July 2016, while working on the Coach House at Elizabeth Gaskell’s House, workmen discovered a letter wedged between the brickwork and roof trusses in what is now the Nightingale Room. Although the pages were badly scorched, they were reasonably legible.

It was sent from Maryport, Cumberland, in June 1853, to William (Will) Preston, a servant to the Gaskell family. In one of her letters, Elizabeth Gaskell noted that Will slept in the attic space above the stables. The letter includes talk of lost love and a trip to Carlisle races, and has led to a fascinating research project for Dr. Diane Duffy, including several trips to Cumbria to find Will’s family home and grave.

In this free event, Diane will talk about her research and the discoveries she made about Will Preston and the letter writer, John Johnson.

The letter will also be on display as part of the exhibition – Household Commotion: Elizabeth Gaskell and the ‘awful treasure’ of her servants, 1832-1865.

Elizabeth Gaskell’s House is run by Manchester Historic Buildings Trust (charity no. 1080606) and all money gained through private tours, talks, room hire and ticket sales goes towards the ongoing maintenance and running costs of the house. If you would like to support the house with an additional donation you can do so via this link.