My Favourite Object – The Chintz

One of my ‘favourite things’ in the house is the chintz used for the curtains and furniture coverings in the Drawing Room. Chintz is a glazed fabric typically printed with flowers on a light background, as ours is.

So why have I chosen this? There are two reasons:

Firstly, we are pretty sure that this is the pattern chosen by Elizabeth when she redecorated in 1859. In her letter to Charles Eliot Norton on March 9th 1859 she wrote, ‘We have got our drawing room chairs and sofas covered with a new chintz. Such a pretty one, little rosebuds and carnations on a white background.’ During the house restoration the pattern was found in a Lancashire pattern book of the 1850s and the fabric made for us to this pattern.

The second reason relates to the fascinating history of chintz, which I came across when, as coordinator of conservation cleaning, I was researching how to clean it.  Chintz was originally woodblock printed, painted or stained calico made in India between 1600 and 1800. In fact the word chintz is derived from the Hindi ‘chint’ which means spotted or variegated. 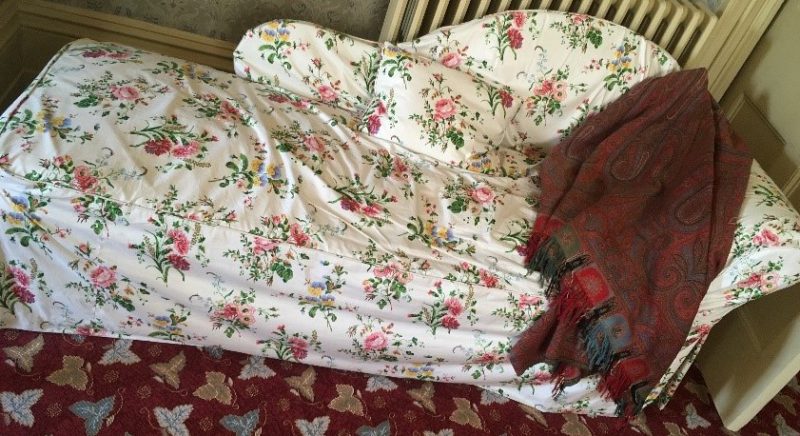 By 1680 more than one million pieces of chintz per year were being imported into England. These fabrics were use for curtains and chair covers, as ours is. Some were also worn as clothes. This probably began when servants were given used curtains when the lady of the house bought new ones. (I wonder whether Elizabeth did this in 1859?) During this period the level of imports was very concerning for the mills in England and France as they could not make chintz. So concerning that in 1720 England’s parliament enacted a law that forbade ‘the use and warings of apparel of imported chintz, and also its use or wear in or about any bed, chair, cushion or other household furniture.’ So chintz was outlawed! (I’m not quite sure how this was policed!’ Did everyone have to redecorate? Could you be imprisoned for having outlawed cushion covers!)

This ban was only lifted in 1759 when English mills were able to produce their own chintz. This came about when details of the process of manufacture were supplied to France, firstly by a French naval officer stationed in Pondicherry in 1734 and secondly by another Frenchman in 1742. The latter had been sent to India to convert the Indians to Catholicism. The dying and glazing process must then found its way to England from France.

Well, who would have thought a fabric could cause so much trouble!

Since water damages the glaze it’s a fair amount of trouble to clean as well! 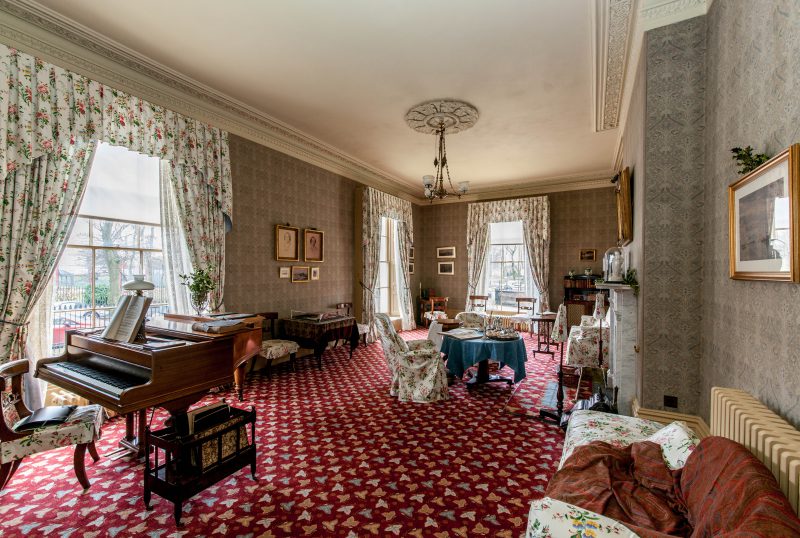