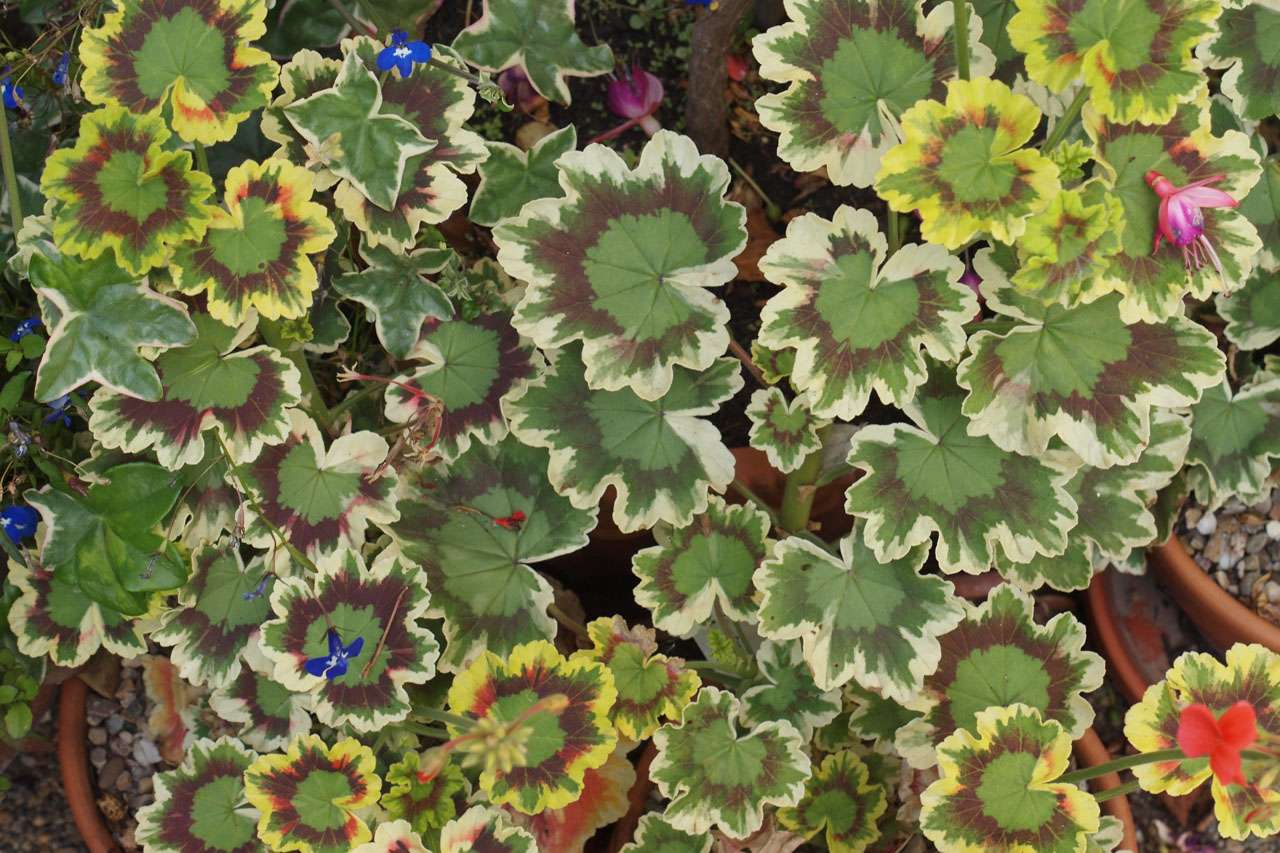 We have a new shed! It sits very neatly in the corner of the yard and will greatly ease the cramped storage for pots, compost and tools we have had up to now.

Also making its appearance, and later than we would normally expect, is the dahlia York and Lancaster in the bed to the left of the front door. 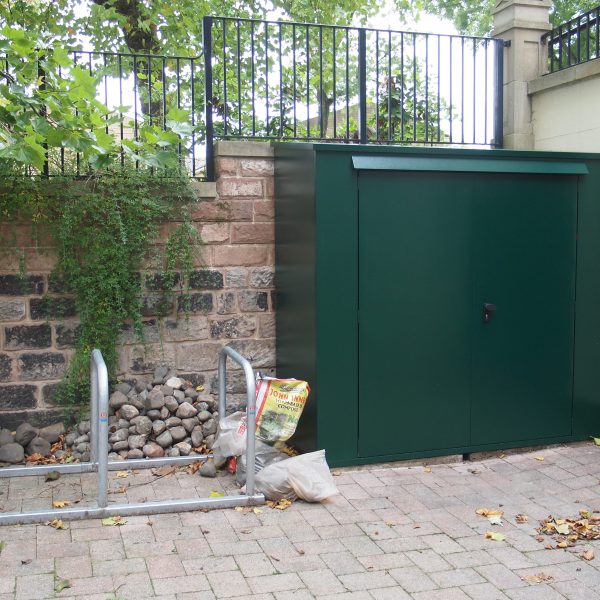 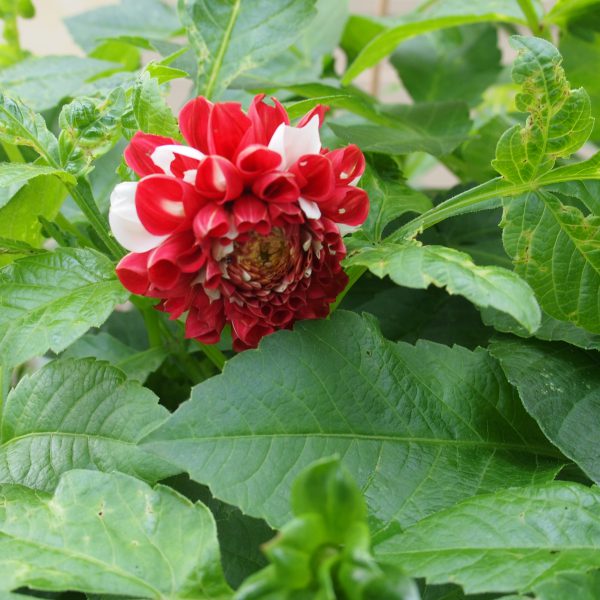 There are also two gaudy plants flaunting their colours among the pots at the back of the house that are worth noting. One is the pelargonium Mrs Pollock (the photo on the left). This was created by Peter Grieve in around 1858. I don’t know who Mrs Pollock was but the variety has been in continuous cultivation since it was created. 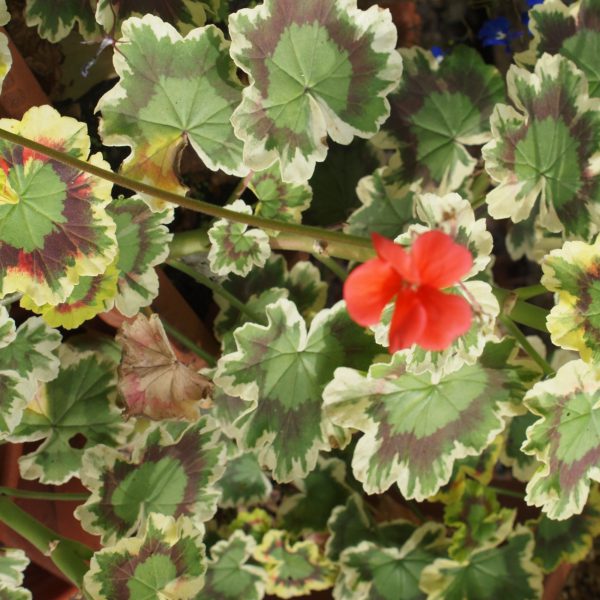 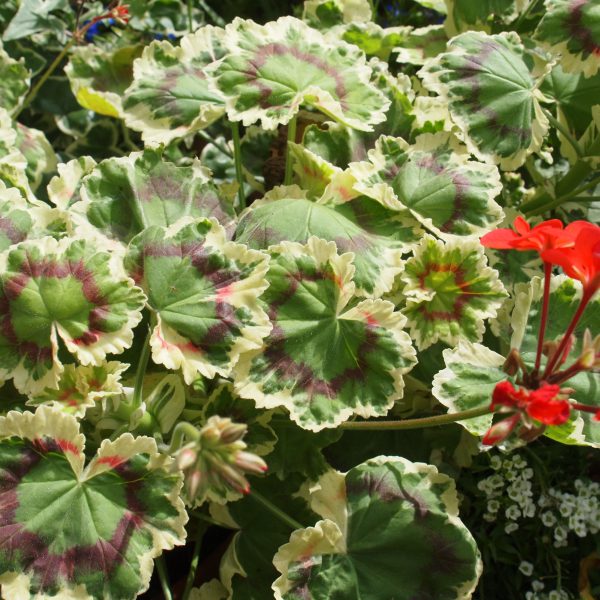 The pelagonium in the right hand photo, which is very similar in appearance, is Miss Burdett-Coutts and we do know a lot more about her. She was a very wealthy philanthropist whose wealth came from the banking family but whose father was the radical MP, Sir Francis Burdett, an advocate of parliamentary reform.  Miss Burdett-Coutts supported Charles Dickens’s home for women who wanted to move away from a life of prostitution. She funded many model housing schemes and facilities for the inhabitants of the poorer parts of London. She was the first woman to be created a baronet in her own right.  She was a close friend of the Duke of Wellington and proposed to him after he was widowed. He did not, however, accept. In 1850 Mrs. Gaskell visited a young woman she calls Pasley in New Bailey prison. She sets out her story in a later to Charles Dickens dated January 8th 1850 in which she asks his assistance in contacting Miss Burdett-Coutts. Mrs. Gaskell wrote to Miss Burdett-Coutts to seek her advice as to the best way to support Pasley in escaping  from poverty and the risk of prostitution in Manchester, by emigrating to Australia.  There are some similarities between Pasley’s situation and that of the central character in Mrs. Gaskell’s “Ruth” published in 1853. Pleased with Miss Burdett-Coutt’s response, Mrs Gaskell writes

I think Elizabeth Gaskell would be happy to have two of her contemporaries flourishing in the garden.