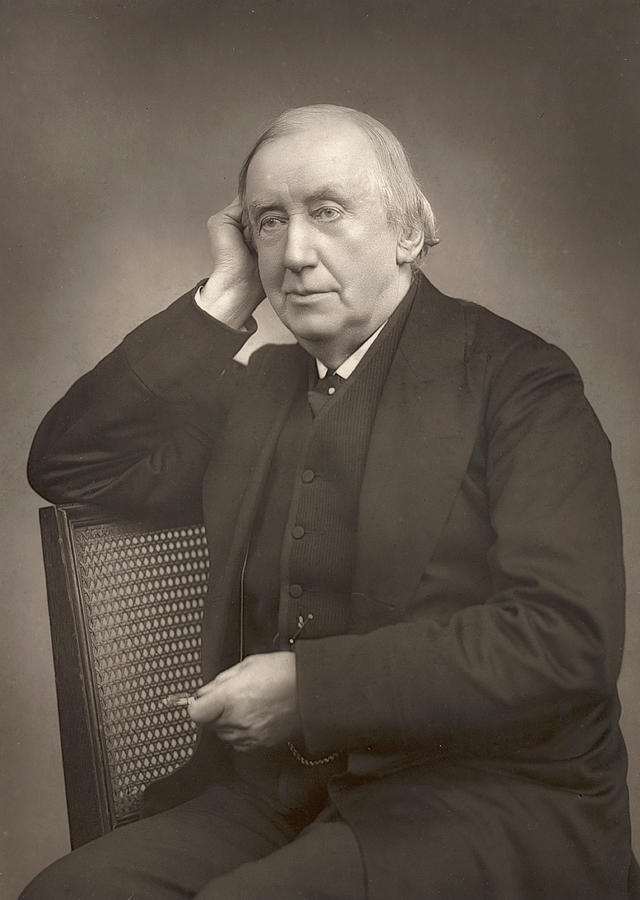 It’s 200 years years since Charles Hallé, who was to become one of the most celebrated conductors on Victorian England ( and who would have an orchestra named after him! ) ,was born in what is now Germany. As a young man he lived and studied in Paris, only moving to England at the outbreak of the Paris revolution in 1848.

He came to Manchester in March that year after accepting an invitation to run the Manchester Gentlemen’s Concerts – a series which supported its own orchestra. His first appearance in the city was at a concert in September in the Gentlemen’s Concert Hall in Peter Street where he delighted his audience with Beethoven’s concerto in E flat. His wife  Desiree joined him on 6 September and they moved into 3 Addison Terrace in Victoria Park (pictured below), the house Ford Madox Brown had rented when he was in Manchester to paint the wonderful murals in Manchester Town Hall. 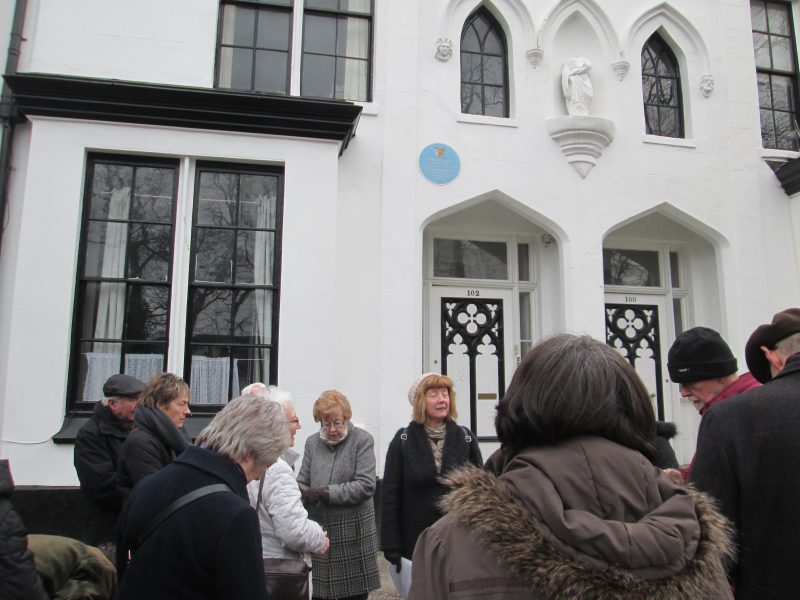 His first regular contribution to the musical life of Manchester was at a series of six concerts of chamber music which he gave early in 1849 in the Royal Manchester Institution – now the Manchester Art Gallery. His partnership with the violinist Heinrich Ernst developed into the Manchester Classical Chamber Concerts series which continued until 1859.

When he arrived in Manchester, in addition to playing and conducting, he earned extra money by giving piano lessons – one of his pupils was a certain Marianne Gaskell, living with her parents Elizabeth and William Gaskell at Plymouth Grove. Writing to Eliza Fox early in 1853, Elizabeth Gaskell reveals that;

‘MA is going to have music lessons from Hallé, and practises singing every day with Mary Ewart’ .

There is an interesting exhibition celebrating Hallé’s bicentenary currently on display at the Central Library until 30 April  – do catch it if you can. One of the exhibits is a copy of Hallé’s piano tuition manual – I like to think that teaching Marianne contributed to it’s development!

‘Canon Clifton gave me a concert ticket & as Meta had one we came home, had dinner, and went to the concert. It was awkward for the singers did not expect the concert to begin till 8, & so did not come so Mr Hallé had to play to fill up the time (Madame Hallé has called on me).’

Hallé’s big break came early in 1857 when he was asked to put together an orchestra to play for Prince Albert at the opening ceremony of  Manchester’s Art Treasures of Great Britain exhibition. The orchestra also performed at the closing ceremony of the exhibition and gave a special concert on 30 June when Queen Victoria visited  with Prince Albert. The exhibition was the largest art show ever seen in Britain: 16,000 exhibits were housed in a temporary glass pavilion in the Botanical Gardens near where Old Trafford’s White City retail park now stands. It cost £25.000 to build – the equivalent of about £40 million in today’s money. While it was open, between May and October, it attracted 1.3 million visitors. 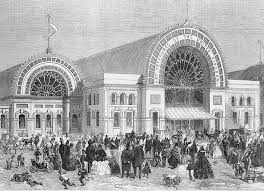 Elizabeth Gaskell was away in Italy when the exhibition opened, following the publication of ‘The Life of Charlotte Bronte’ (and to also avoid the furore which met its launch!) and  she didn’t visit until June 4 . She writes to Charles Eliot Norton on June 3

‘I have not yet been to the Manchester exhibition, having had too much to do in other ways, but Meta says it is charming & exceeds her expectations. Mrs Stowe comes to us today for one night, & tomorrow I shall go for the first time with her’

And on June 5, she is urging her publisher George Smith to visit:

‘Mr Gaskell joins me in hoping that you & Mrs Smith will come and pay us a visit before our beautiful Exhibition is closed. It really is beautiful,’

Because of the popularity of the Exhibition, many of the Gaskell’s family and friends used the house as a base for their visit, and by August, Elizabeth was rather heartily sick of operating a guest house! Writing to Eliza Fox  on August 26, she complains;

‘We have two rooms and 19 people coming to occupy them before the exhibition closes, most of them relations – as soon as they will fix when each set goes, ( a most difficult thing to get them to do) I will write to you. We are worn out with hospitality.’

Hallé was delighted with the orchestra he’d put together for the Art Treasures exhibition. With entrepreneurial courage, he leased the Free Trade Hall and with his existing players as a nucleus established the Hallé Orchestra, which gave it’s first concert on January 30 1858. When he was 70, he complimented the people of Manchester for their enthusiastic support of his orchestra saying ‘ One great point is that I can always reckon and have always reckoned, upon the goodwill and confidence of the Manchester public.’

From the Gaskell’s drawing room to the Free Trade Hall – quite a Manchester journey!