The Sound of Servants – The Musical!

Everybody who came to see the musical on 27 April thoroughly enjoyed it.  The Herizons group with enJOY Arts and Claire Mooney put on a stunning performance, telling the stories of servants who worked at the house, through drama and original songs – along with a good dose of comedy. House volunteer, Pauline, was part of the cast and has shared her experience with us:

I had just started volunteering at the House when Erica and Naomi (Enjoy Arts) and Claire Mooney invited me to join their Wednesday sessions. I had no idea what I was letting myself in for and certainly didn’t envisage performing. I wasn’t any good at singing or acting in fact I think I was expecting to make the tea!
Three years on and several projects and performances later, ‘Herizons’ has become an integral part of my Elizabeth Gaskell experience. The warmth and camaraderie that we share within the group is very special. The women are vibrant, brimming with ideas and everyone feels valued. It has been a joy to watch the growth in some people’s confidence, not just in participating in group activities but also in having the courage to get up and perform in public. The sessions are stimulating and fun and rarely does anyone leave without a smile on their face. It feels very therapeutic. 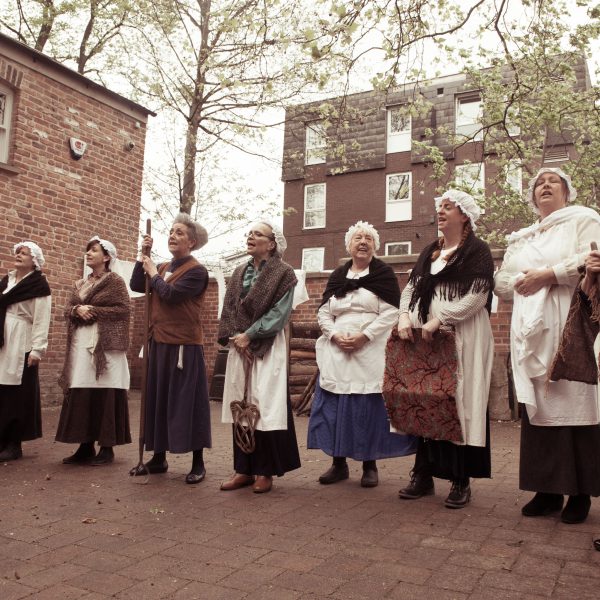 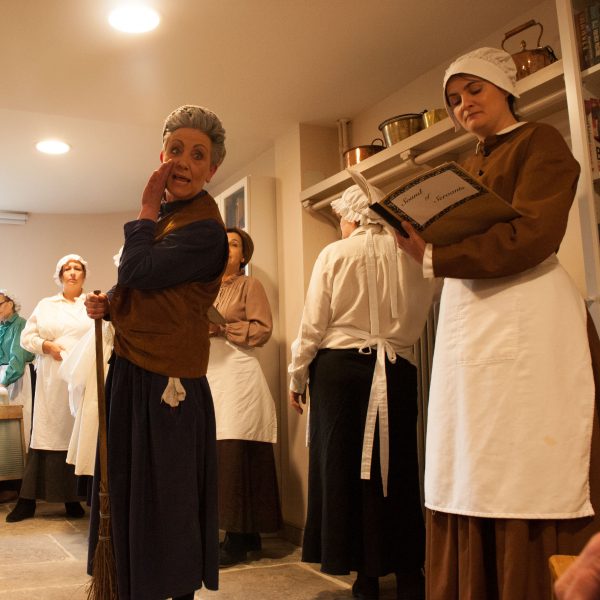 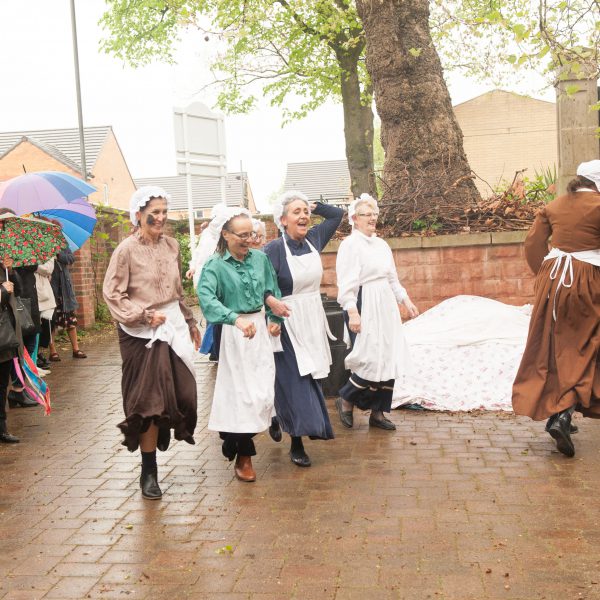 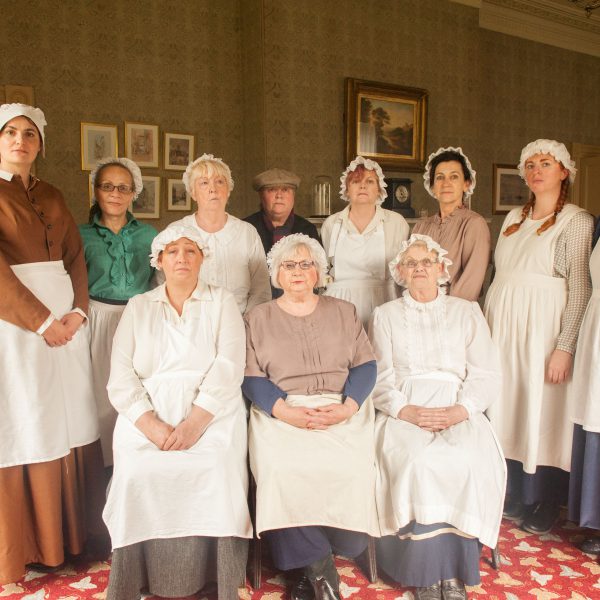 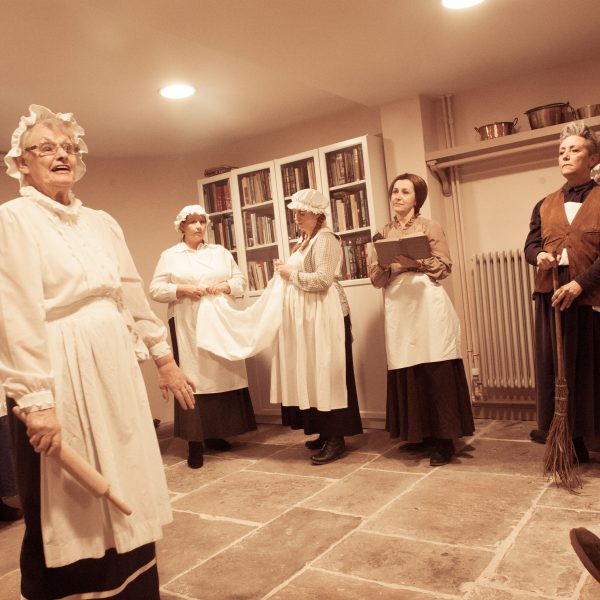 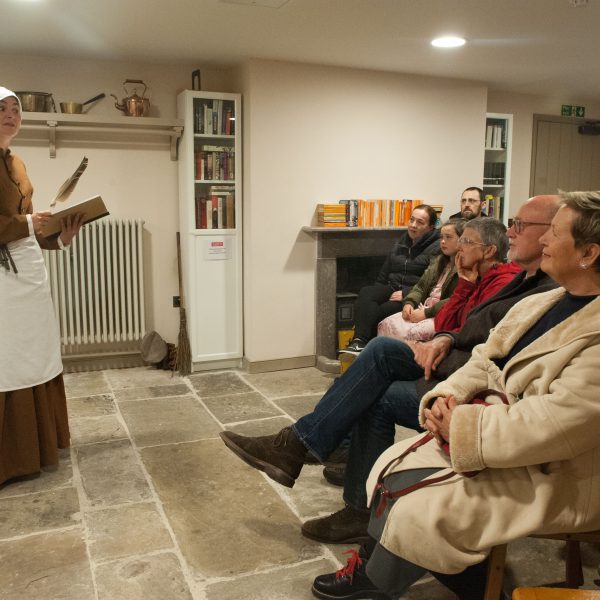 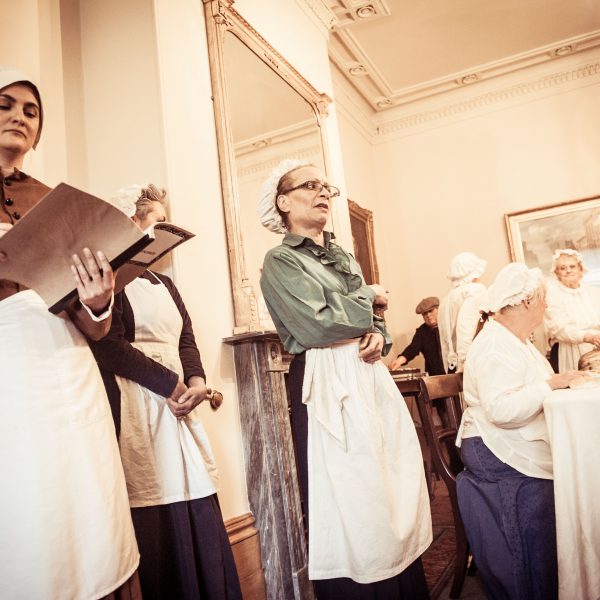 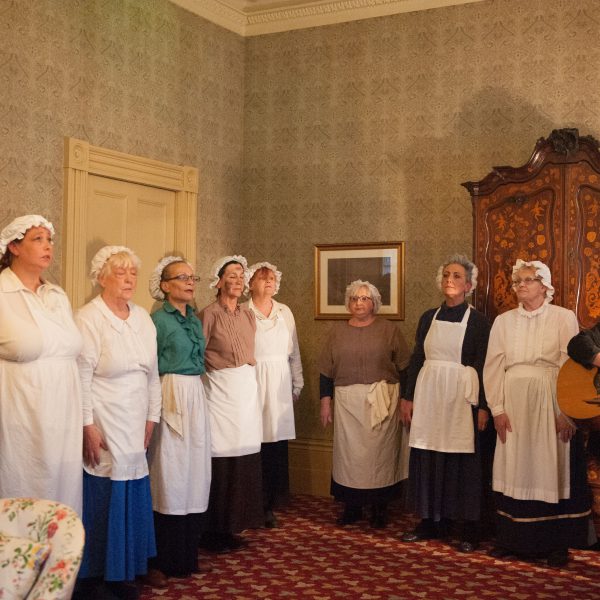 The creative process never ceases to amaze me. The theme of our recent musical ‘The Sound of Servants’ was inspired by the wonderful exhibition at the House curated by Anthony Burton and Diane Duffy. A series of lively, creative workshops which included a mixture of writing, singing and drama suddenly transformed into a storyboard for a musical. Many of the lyrics were written by the group and Claire magically created the tunes. Whilst we tried to remain faithful to the facts, part of the enjoyment was in being able to empathise with these servants, imagine the conversations they may have had or the situations they found themselves in and then try to tell a story from their perspective. We hope the resulting promenade performance entertained and also gave the audience a chance to explore Elizabeth Gaskell’s House and see it brought to life.

This project has been funded using public funding by the National Lottery through Arts Council England, The Granada Foundation and The Duchy of Lancaster.