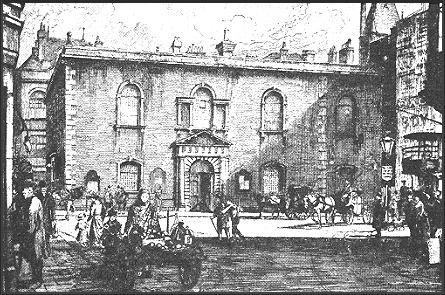 Understanding Unitarianism and the Gaskells

Elizabeth Gaskell’s House is lucky to have been awarded a grant from the Hibbert Trust – a Unitarian charity. We volunteers have been beneficiaries of the grant which has supported our development programme, and at the beginning of this week, we enjoyed two online talks enriching our understanding of Unitarianism and its influence on the writings of Elizabeth Gaskell.

So what did I find out about the core beliefs of Unitarians? And if I make any howlers I look forward to being corrected!

This opposition to traditional Church of England doctrine means that until the nineteenth century, Unitarians were persecuted and accused of heresy. Their support of the principles – it not the practice – of the French Revolution meant that in the 1790’s they were accused of treason and suffered renewed persecution. Being a Unitarian was illegal in England until 1813, when Elizabeth Gaskell was already a year old! Before Ann Peart’s talk, I had no idea that Unitarianism was both such a radical and an attractive faith.

So as Unitarians, William and Elizabeth Gaskell would have believed that it is important to develop a spiritual dimension to living. They would be committed to applying reason and honest doubt to the search for spiritual truth. They would have treated other people with respect and kindness, and would have been tolerant of and open to the sincerely held beliefs of others. They would support peace, compassion, justice and democracy as the guiding principles for the development of society. These values informed their work, and their social and domestic lives.

Learning more about Unitarianism has brought William Gaskell to life for me, and I now understand more about his continuing drive to improve educational opportunities across Manchester. Understanding Unitarianism also illuminates the themes Gaskell addresses and returns to in her writing: her passionate commitment to social justice and to valuing each individual; her commitment to laying bare social evils to as wide an audience as possible; and her championing of the value of education – and especially education for women. I am reminded of Molly Gibson pursuing her self-education at Hamley Hall in ‘Wives and Daughters’; Margaret Hale challenging John Thornton over the living conditions of his workers in ‘North and South’; and of using the character of Ruth to explore the abuse of unmarried mothers. I admire a clear sighted Gaskell who does not shy away from confronting challenging social issues which I’m sure she considers it her Unitarian duty to confront.

As a volunteer at the House, I want to give each of our visitors as rich an experience as possible when they visit. Learning more about Unitarianism has certainly helped me to feel more confident to having these conversations which add another important dimension to our understanding of the family. I’m very grateful for this learning opportunity!