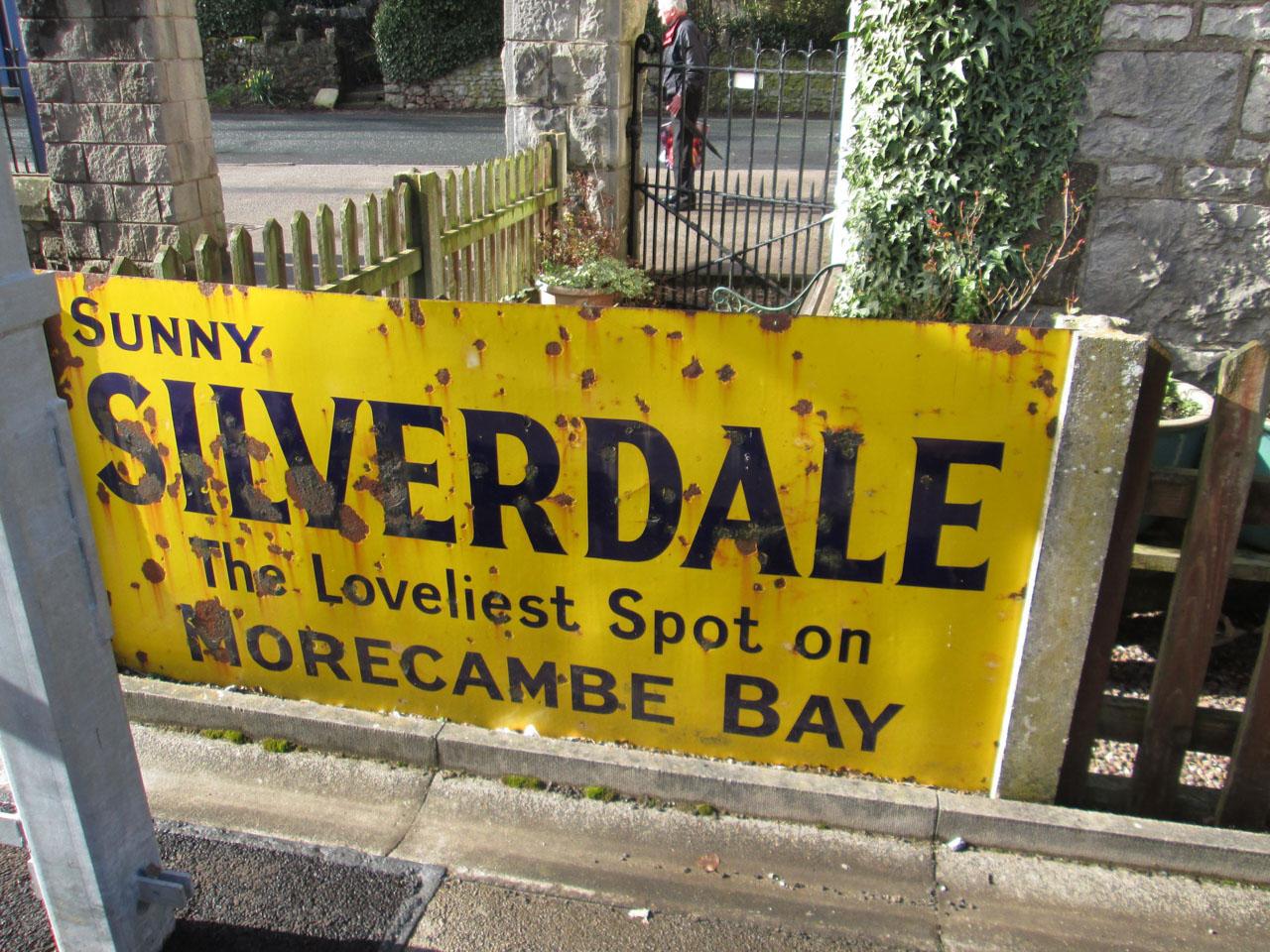 For more than twenty years, Elizabeth Gaskell and her family spent summer holidays at Silverdale, a village on the coast of Morecambe Bay, often staying for four, five or six weeks at a time. Her letters regularly give details of their travel timetable, and she writes many from the houses the family rented.

Writing to Lady Kay-Shuttleworth on July 16, 1850, she describes the Gaskell family on ‘our annual migration to the sea-side. Silverdale can hardly be called the sea-side as it is a little dale running down to Morecambe Bay, with grey lime-stone rocks on all sides, which in the sun or moonlight, glisten like silver. And we are keeping holiday in most rural farm-house lodgings, so that our children learn country interests, and ways of living and thinking.’

The local land and seascape captured and nourished her imagination, and was for her, constantly renewed each time she returned: ‘I think ,- and it is pleasant to think, – that one never is disappointed in coming back to Silverdale. The secret is I think in the expanse of view… ( ) – such wide plains of golden sands with purple hill shadows, – or fainter wandering filmy cloud-shadows, & the great dome of sky.’ This is from a letter to Charles Eliot Norton written on July 25, 1858.

The Silverdale landscape found its way into her writing, perhaps most notably woven through The Sexton’s Hero and Ruth. It has been suggested that The Sexton’s Hero was devised while Gaskell was on holiday in the summer of 1847 and was completed for publication in Howitt’s Journal on September 4, 1847. The landscape description from Ruth below echoes that quoted from her letter to Charles Eliot Norton and is a recognisable description of Silverdale: ‘She was perhaps half a mile or more from the grey silvery rocks, which sloped away into brown moorland, interspersed with a field here and there of golden waving corn. Behind were purple hills, with sharp clear outlines, touching the sky. A little on one side from were she stood, she saw the white cottages and houses ( ), scattered up and down, and, on a windy hill, about a mile inland, she saw the little grey church…’

It is difficult not to be captivated by the sense of freedom she joyfully evokes in her descriptions of the Gaskell’s holiday living arrangements in her letters! Writing again to Charles Eliot Norton in May 1858, she tells him ‘On June 17th we are all going ( ) to Silverdale, ( ) close to Lancaster Sands, & Morecambe Bay, ( ) – and there we shall remain for six weeks, and all get as strong as horses, it is to be hoped. We live in a queer pretty cramped house; at the back of a great farm house. ( )The houses (sic) is covered with roses, and great white virgin-sceptred lilies,& sweet briar bushes grow in the small flagged square court, across which we merrily call for ‘hot water’, ‘more potatoes’ in very primitive fashion to the kitchen. It is well for our dinner when it does not rain, otherwise what is meant to be hot has to be carried carefully under an umbrella, if our visitors are very particular people. The soil about the place is all sandy and heathery, and you know what delicate little plants grow in it; and hedgehogs, and glow-worms abound.( ) Think of the perils our legs of mutton undergo! First they are kept in the larder, or lower story of the Tower. Rain or fair they have to be carried to the kitchen to be cooked. Rain or fair they have to be carried hot across the court. And to begin with Silverdale is so wild a place, we may be happy to get a leg of mutton at all. I have had to dine 15 people, as hungry as hounds, on shrimps & bread & butter, – & when they asked for more had to tell them there was no bread nearer than Milnthorpe 6 miles off, and they had to come down to oatcake, & be thankful!’

She is even able to fashion a typically Cranfordian Gaskell story from the inconveniences of her isolation, which include a most erratic postal service! This is from a letter to Edward Holland written on July 29, 1861: ‘But you don’t know what a broken reed you trusted to in relying on the Silverdale postman. There is a railroad from Lancaster to Silverdale, twelve miles, but there is so much respect shown for vested interests that the post continues to be managed as it has been for dozens of years for above thirty by the same man. He lives at Yealand about four miles from here, and nine from Lancaster. He rides a pony almost as old as himself over to Lancaster every morning to fetch the letters; delivers them in Yealand, walks here; gets thirsty on the road, drops his letters, or forgets which of his various pockets he has put them…’

Like the Gaskells ,you can still travel by train to Silverdale from Lancaster – so following in their footsteps, that’s what we did! The train hugs the line of Morecambe Bay and is recognisably the place which Gaskell loved. She is honoured in Silverdale – the village hall is named for her – and you can walk through the village and find Lindeth Tower, one of their holiday lodgings. Did you know you can stay there? We had a treat and stayed in the wonderfully restored art deco hotel, The Midland, in Morecambe where we ate as many shrimps as Gaskell fed to her hungry as hounds visitors – a complete indulgence!