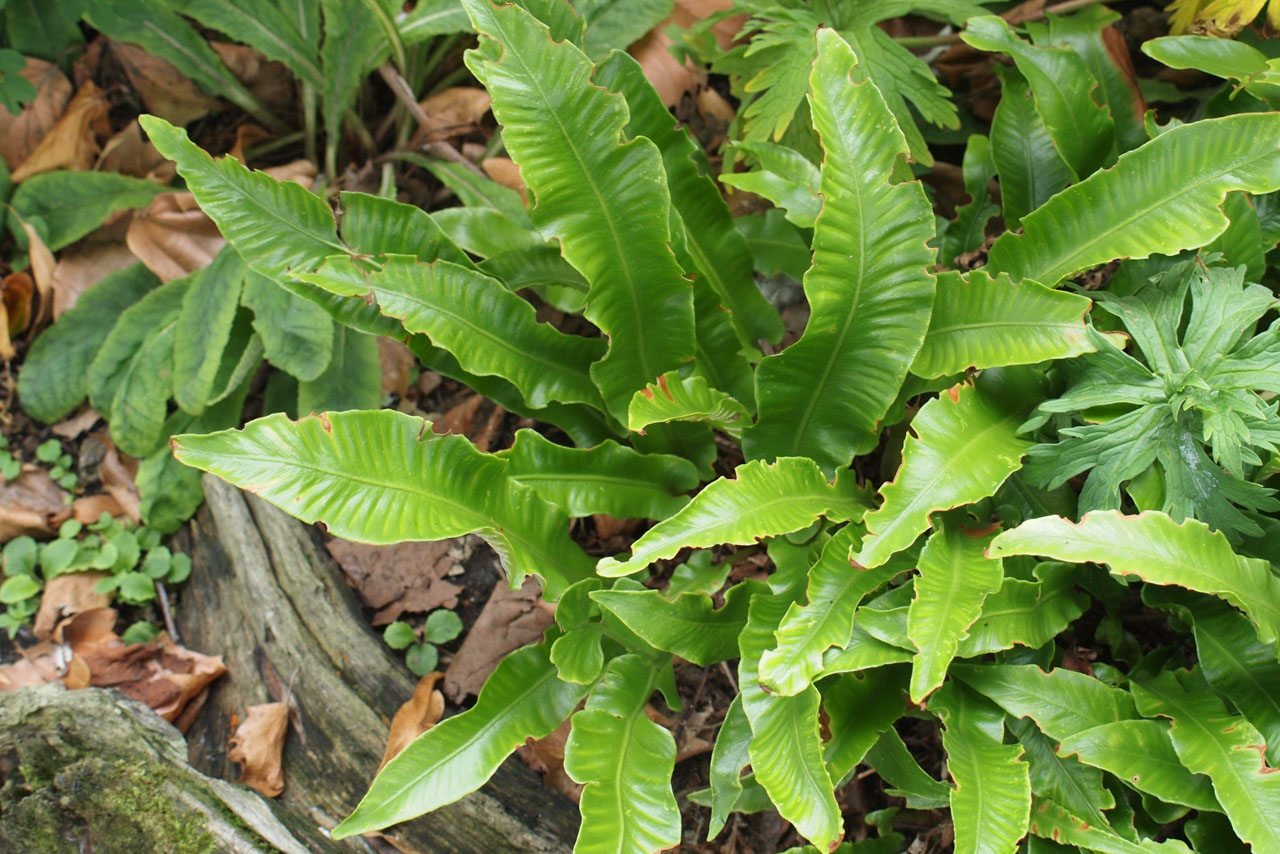 Ferns in the study and in the garden

A group of our lovely volunteers has been cataloging all the books we have in William Gaskell’s study and they have unearthed some gems! We have books from the library of Dorothy L Sayers, books signed by Charles Darwin’s sister, we’ve found shopping lists and some beautiful paintings in our books.

One of the books which we recently discovered is a copy of British Ferns with Illustrations – a plain and easy account of the British ferns edited by Mrs Lankester. With a dedication to an unknown daughter from her affec Mama 1861 and with a stamp on the title page from the Strand branch of W H Smith, we’re very pleased it has a place on the study shelves. We’d like to think the Gaskells were as infected by the fern fever that swept across the late nineteenth century as the next Victorian gardener!

The flood of popular literature on ferns was begun by Edward Newman (1801-76) and he is referred to in the book from our collection shown here. He wrote ‘A History of British Ferns’ in 1840 and declared that ‘fern fever’ had begun. Fern fever was at its height between 1850 and 1890.

During this period, in addition to collecting the plants themselves, fern designs  were widely used in art and particularly in the field of ceramics. Minton produced moulded and glazed tiles depicting ferns, including the Hart’s Tongue ( asplenium scolopendrium ), which is one of the favourites of one of our gardeners. This fern was also used in the 1890s in an attractive and natural-looking design, by Royal Worcester, on a range of jugs and bowls. We have Hart’s Tongue ferns in our garden and they have a chapter in British Ferns.

The Tatting fern ( athyrium filix femina frizelliae ) was discovered by a Mrs Frizell in County Wicklow in 1857 and named after her. There are tatting ferns in the garden as you can see below. At the time, not only ferns but tatting were all the rage! Using a shuttle, tatting creates a knotted and looped lace from cotton or linen and it’s easy to see from the shape of the leaves how the name suits the fern so well.

There’s more about the ferns in our garden here – come and visit us soon and take a fern tour!