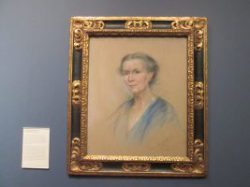 The portrait of William Gaskell , which usually hangs in his study at the House, is currently on display at Manchester City Art Gallery as part of a major exhibition of the works of Annie Swynnerton, an important feminist artist with many connections with Manchester. The exhibition – Painting Light and Hope – is showing until 6 January 2019 and is well worth a visit, both to see the wonderful portrait of William Gaskell and also to enjoy the range of Swynnerton’s work which deserves to be be widely known and appreciated. 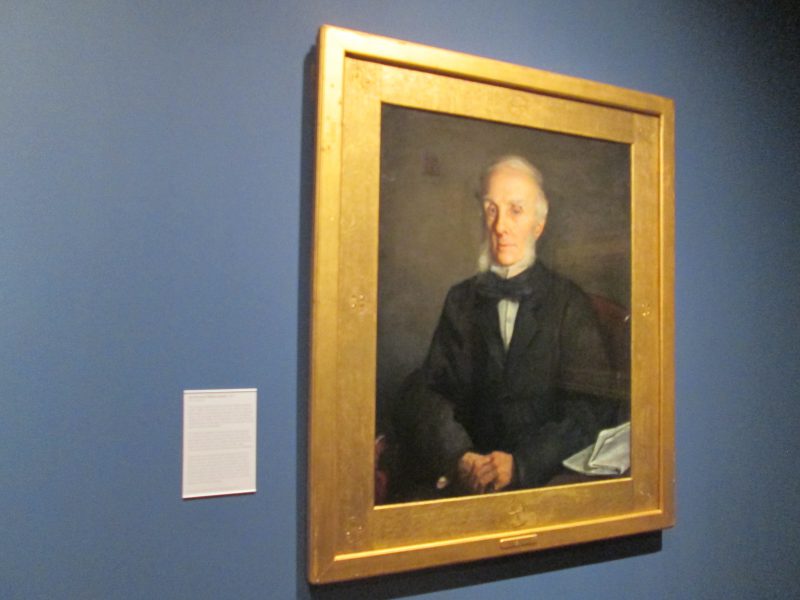 Annie Robinson was born in Hulme in 1844 and from 1871 trained at the Manchester School of Art. In 1879, with her great friend and colleague Susan Isabel Dacre, she set up the Manchester Society of Women Painters to provide  a space where women artists could meet and study, and importantly paint and draw from life, which as women wasn’t a training opportunity available to them elsewhere. 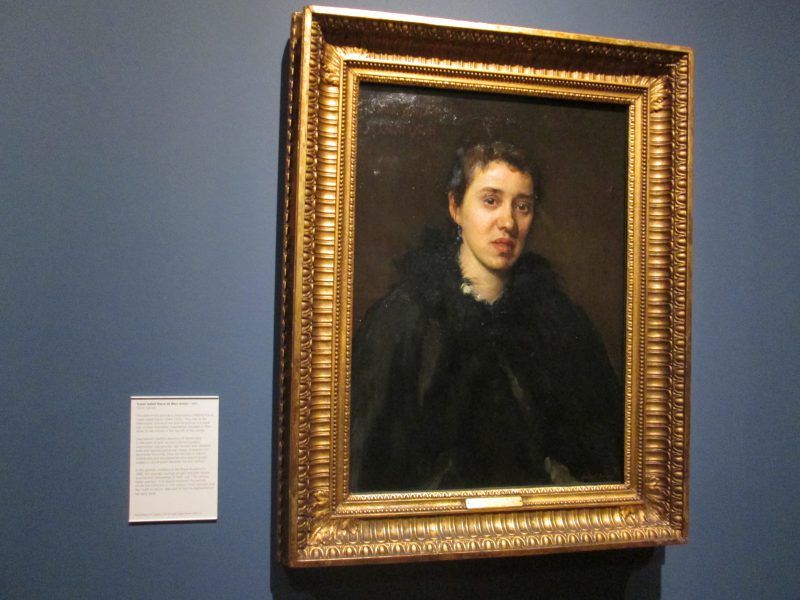 In this same year she completed the portrait of William Gaskell which was commissioned in 1878 by the Portico Library to celebrate his thirty years as Chairman of the Library. Julia and Meta Gaskell knew Annie Robinson and chose her as the artist to paint their father. At the same time, the sculptor Joseph Swynnerton was commissioned to make a bust of William Gaskell which can be seen in the Portico . Joseph and Annie married in 1883 and I’d rather like to believe a romantic story that it was William Gaskell who bought them together though it’s more likely they’d met previously in Rome when Annie and Susan Isabel Dacre were travelling around Italy and painting!

Do try and visit the exhibition – it’s well worth it…

« Book Plates in the Study
Sketching with Liz Ackerley »