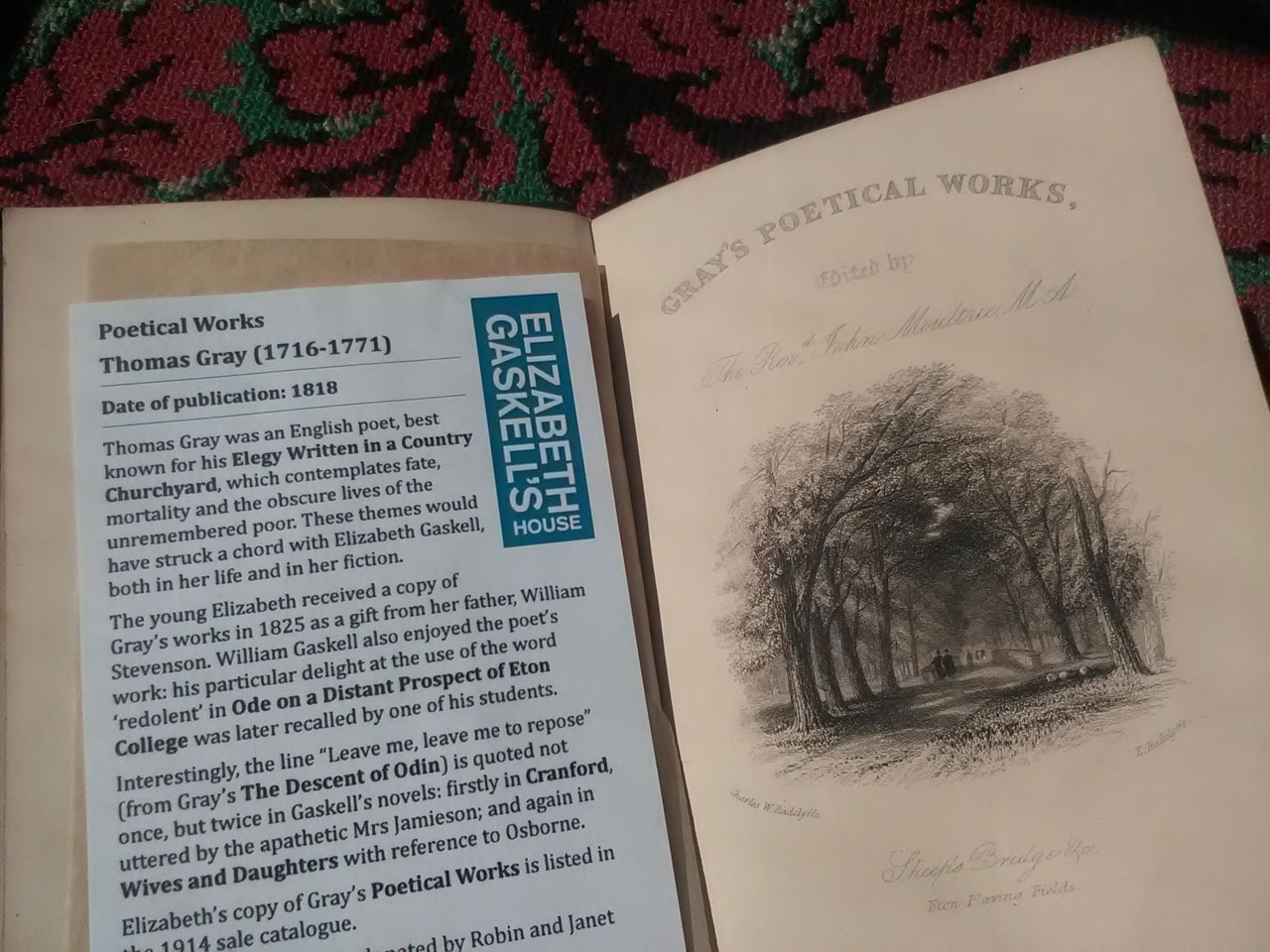 Book Plates in the Study

When books were being chosen for William’s study back in 2013, there was an ambitious plan to record  the reason for each  book’s presence.

The idea was that a small bookplate would be inserted into each title giving a brief account of that title’s relevance to the Gaskell family. For example, if we knew the family had read it, if Elizabeth Gaskell had expressed an opinion on it, or if Elizabeth quoted it in a letter, diary or even novel or story.

Like all ambitious plans, the project was discussed and modified over a long period of time. What would we have room to include? How would the information be physically presented?

A plate in every book is probably far too ambitious. There are many books in the study which the family are likely to have read, but we can’t be certain. But at last some issues have been ironed out and some bookplates have started to appear.

An initial 20 plates have been inserted into titles selected by a small number of volunteers. The first titles to receive a bookplate include some of Walter Scott’s, Hawthorne’s The Scarlet Letter and Harriet Beecher Stowe’s Uncle Tom’s Cabin. 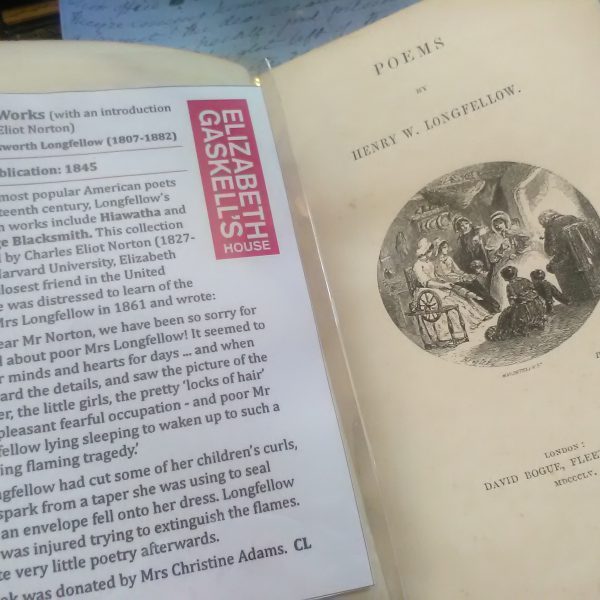 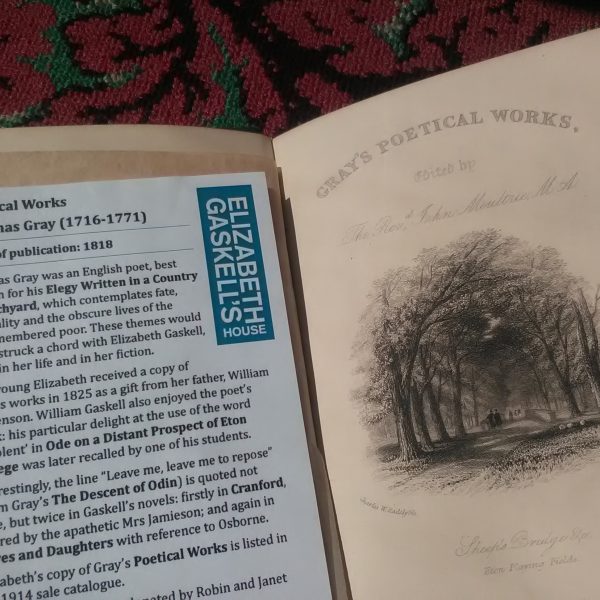 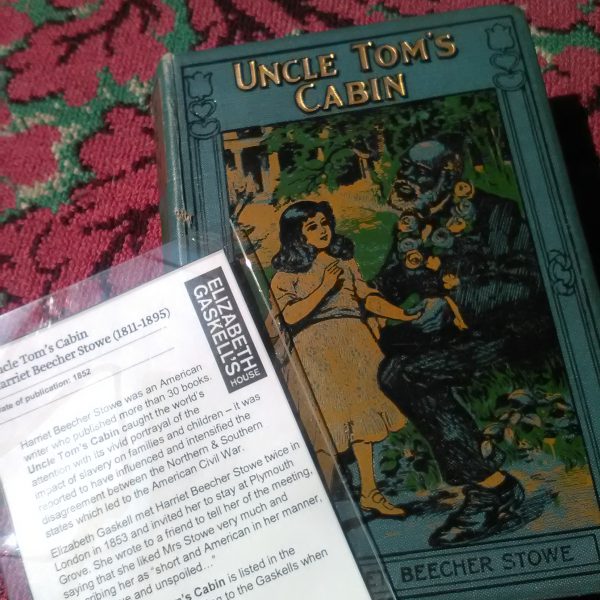 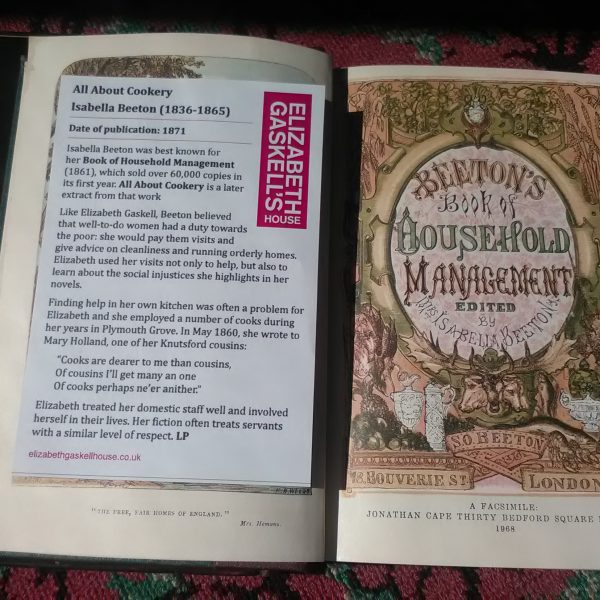 We will record the titles that do have plates inside so that visitors can read them if they wish to. Hopefully this will mean that some visitors look at books in the study more closely. The information included is deliberately very brief so that a number could be found and read on a visit.

A list of all the bookplates and where you can find them is in the study. Ask a volunteer when you visit.

Thank you to volunteers, Libby Tempest and Jane Mathieson, for their work on this project.