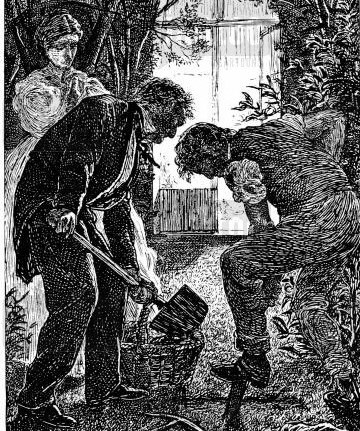 What better way to spend a Sunday afternoon..

What better way to spend a Sunday afternoon than sitting with an interesting group of people discussing one of Mrs Gaskell’s short stories? Especially one that contains a murder!

First serialised in Charles Dickens’s weekly literary periodical ‘All the Year Round’, it was retitled by Dickens himself who inserted the word ‘dark’ into the title – is it a ‘dark’ story? Was this change a clever marketing ploy by him? Or did it serve to add to the already difficult relationship between writer and publisher?

The story certainly sparked some lively debate on class, status and money in Victorian times.  And it threw up some intriguing questions: what hints does Mrs Gaskell give us that Mr Corbet, Ellinor’s suitor is maybe not as nice as he appears? And what are the consequences of a decision to appoint a clerk who turns against his employer?

“I’m above their silly antiquated prejudices, and shall only be too glad when the fitting time comes to make Ellinor my wife”.

There was plenty to discuss and to reflect upon in this story begun in 1857 but which didn’t appear until 1863 and which also contains interestingly, an experience from Mrs Gaskell’s own life.

…a familiar face looked up, smiling a recognition; and “How shall I get to you?” was asked in English…

If you haven’t been to one of these discussions – do come to the next, they are very enjoyable. We all agreed we would like another session on this story, as we were no where near finished!