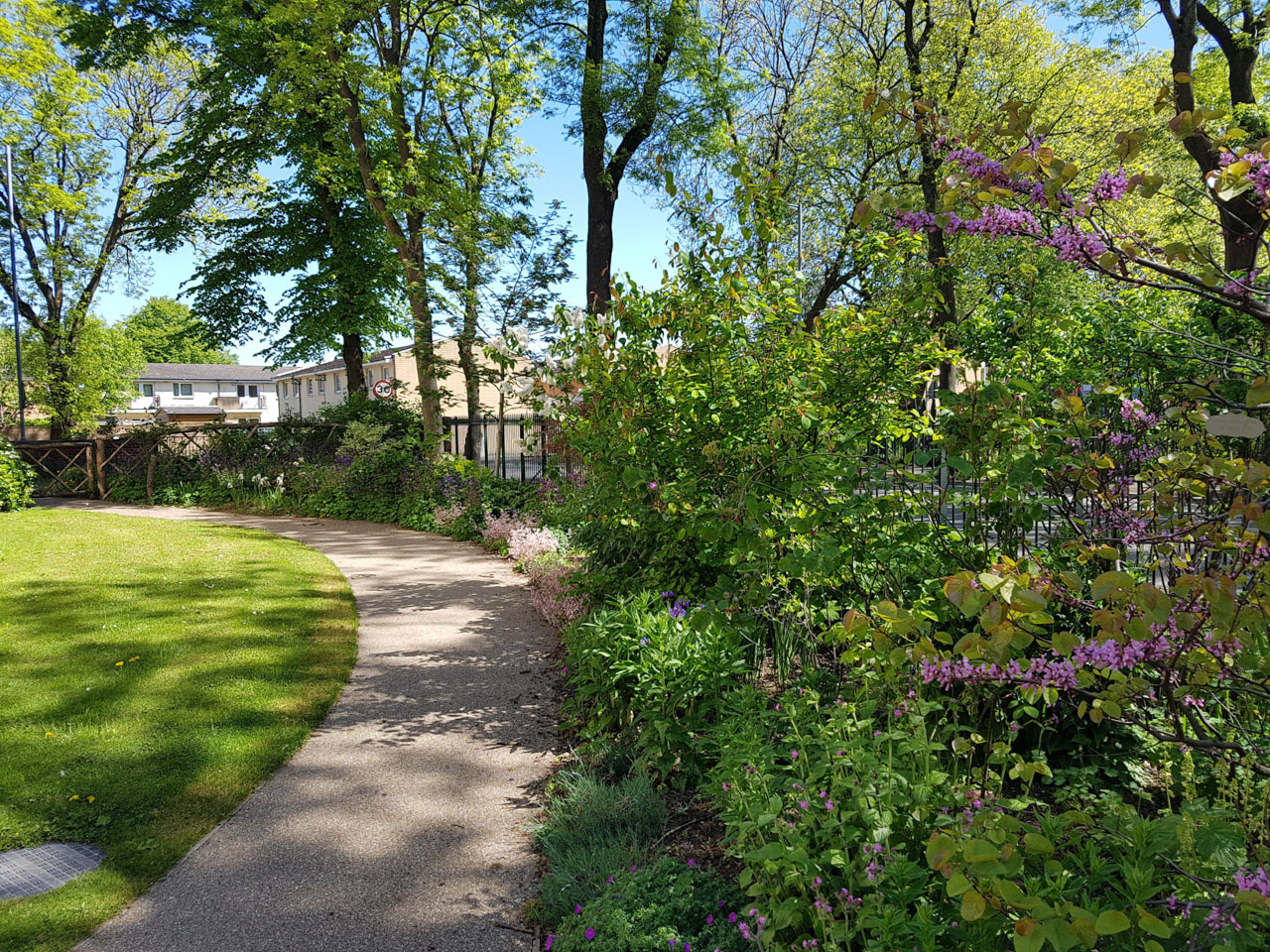 The house and garden continue to be closed to the public, though people walking past can at least see the garden. Happily two of the gardening team live close enough for some occasional gardening to form part of their lock-down exercise. So the grass has been cut and the ash and sycamore seedlings weeded out.

I might return to these seedlings in another blog, but it is the blue skies I want to write about, not invading seedlings. One of the gardeners has been taking photos of the garden over the past month or so. What these photos show are the clear blue skies that set off the garden so well.

I have looked back at photos I took at the same time of year in past years. In none can I find such a blue sky. The skies that we see above the house in these recent photos provide confirmation that the lock-down has helped return our skies to their natural colour, removing the veil of pollution that has muted them.

John Ruskin, whose anniversary we marked last year described in a lecture of 1884 the sort of skies we are now seeing,

The sky was either blue or clear in its light; the clouds, either white or golden, adding to, not abating the lustre of the sky.

Elizabeth Gaskell knew the house under a polluted sky and perhaps never saw such blue skies in Manchester. Ruskin again, in the same lecture described the sky as “covered with grey cloud- not rain cloud, but a dry black veil” …. “as if it were made of poisonous smoke; very possibly it may be: there are at least two hundred furnace chimneys in a square of two miles on every side of me.”

The pollution we have known is not that of smoke but of something less visible but equally damaging to our health and to the blueness of our skies. It is too much to hope that we won’t return to our cars and our cheap flights, but maybe steps such as the closure of the top end of Deansgate in Manchester to vehicles are indications that we might achieve a less polluted air and have more frequent views of blue skies above the garden at Elizabeth Gaskell’s House.

« The Old Nurse’s Story- Superstition and Story
The Secret Life of Edward Higgins: The Squire’s Story »