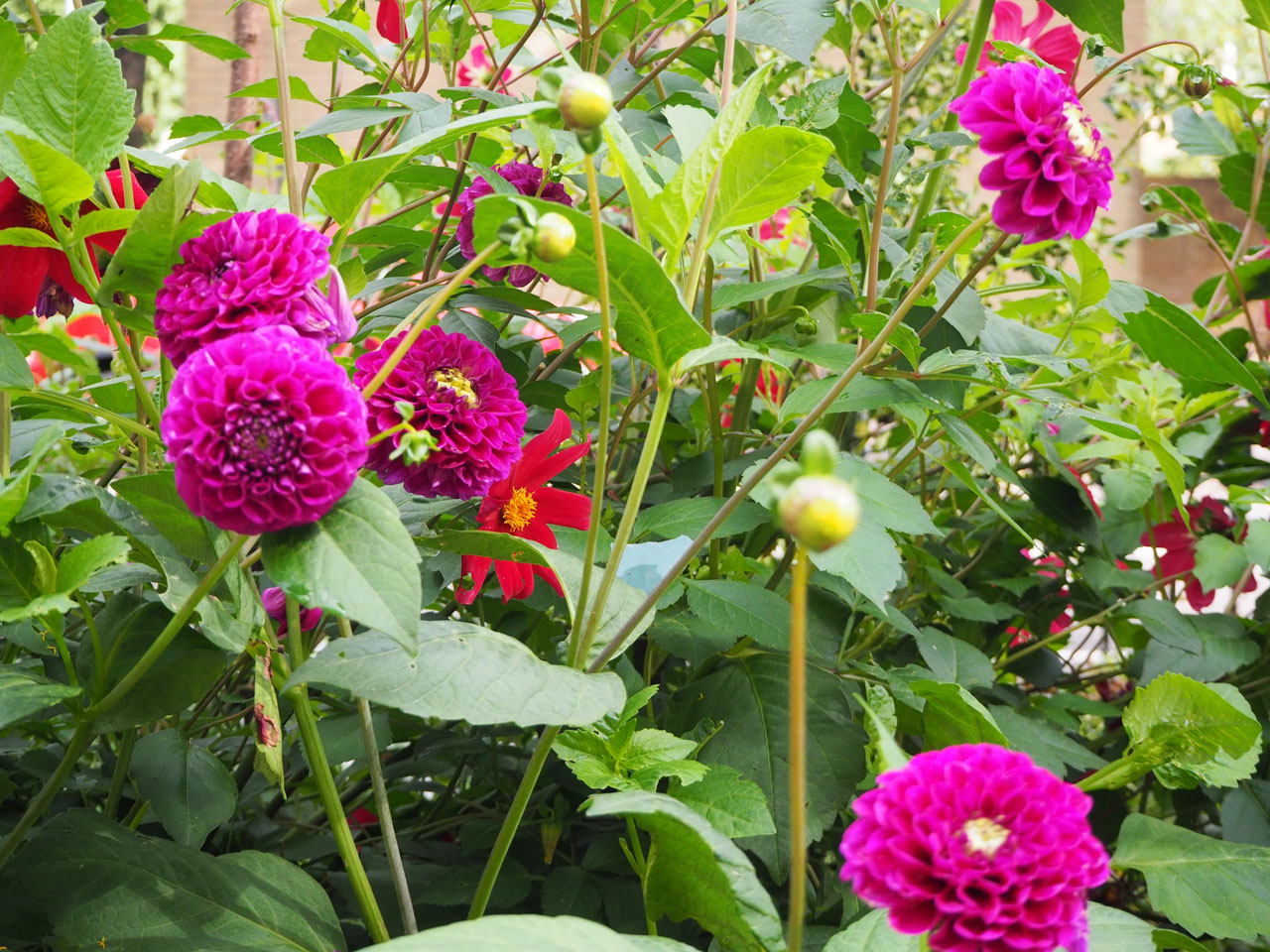 Charles Dickens in the Garden

Charles Dickens is in the garden somewhere. Well, we know roughly where he is; he’s among the dahlias at the front of the house, somewhere in among these. 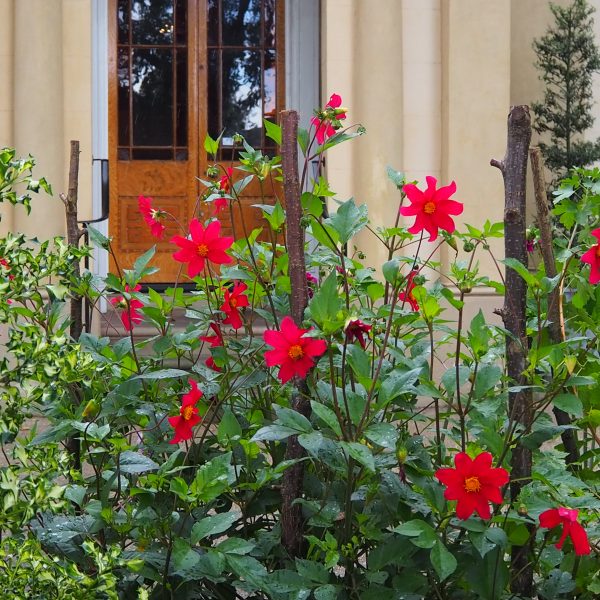 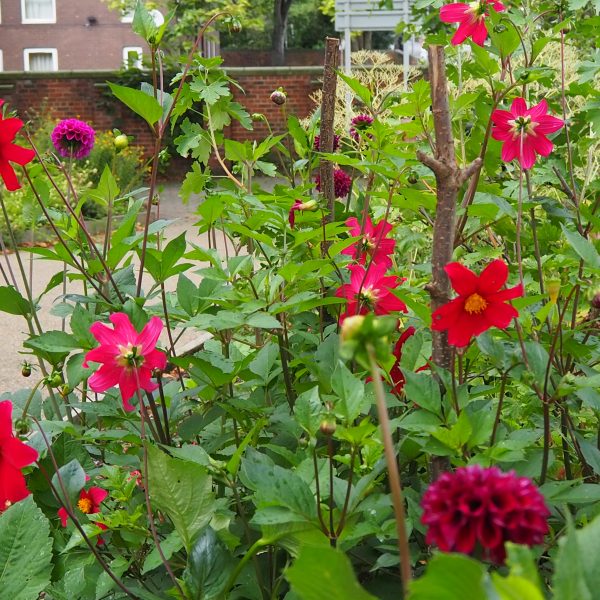 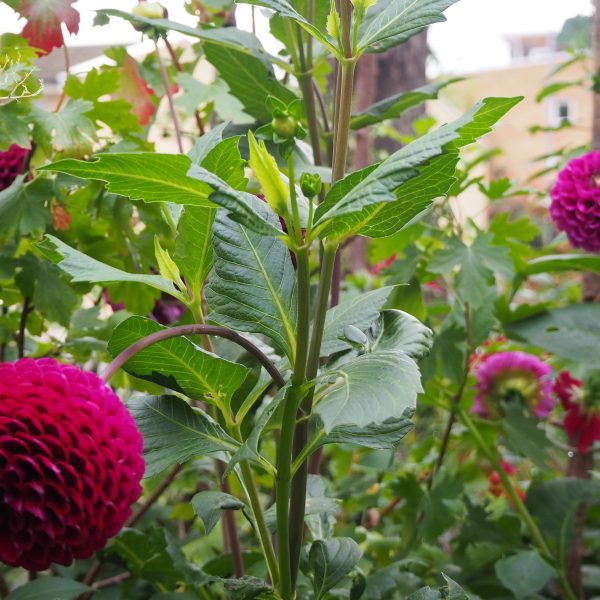 We know that because there is a variety of dahlia named after Charles Dickens. I’m not sure whether he knew such a variety existed, it may have been bred years after his death, but dahlias are not shy retiring plants and as a showman he might well have approved.. We bought a Charles Dickens dahlia in line with our practice of linking the planting in the garden to Mrs Gaskell’s life or times and we know we planted it among the group at the front of the house. However, we made the classic gardening mistake of not labeling the plant or labeling it in washable ink or maybe just losing the label! We are currently searching among the catalogues to find his true likeness. In the meantime we are, provisionally, identifying this as Charles Dickens. 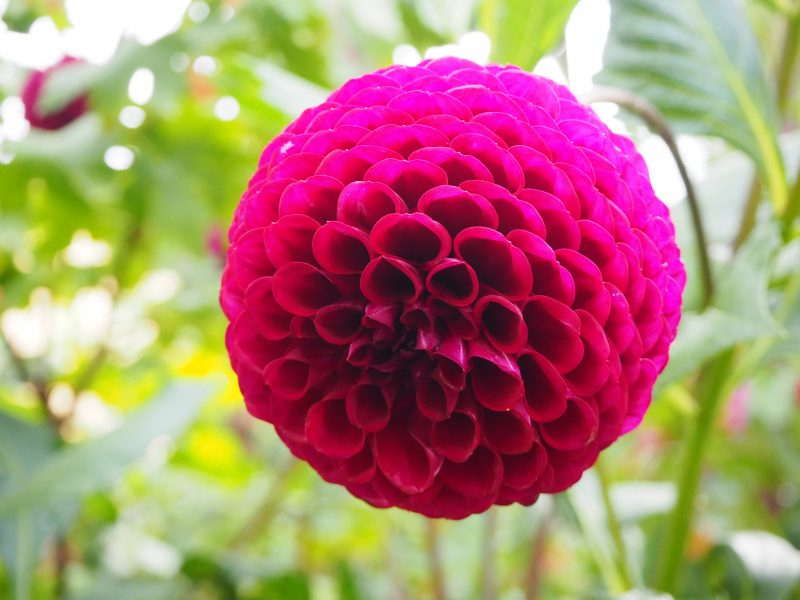 We do have other links to Charles Dickens in the garden. We have a pelargonium named after Miss Burdett-Coutts who financed Dicken’s Urania Cottage, the home provided to help women leave prostitution. Mrs Gaskell also sought her help in arranging the emigration of a young woman seduced by a local doctor. There is a blog from last year that explains more about Miss Burdett-Coutts. We also have a rosebud pelargonium, Appleblossom, because Dickens apparently liked to wear pelargonium flowers in his button-hole. This variety was not developed until the year after Charles Dicken’s death, so we grow it as an example of its type.

So we have Charles Dickens all around the garden-but then he did travel a lot.

« At home with the Harpers
Samuel Gaskell – Warrington’s Forgotten Pioneer of the Treatment of Mental Health. »