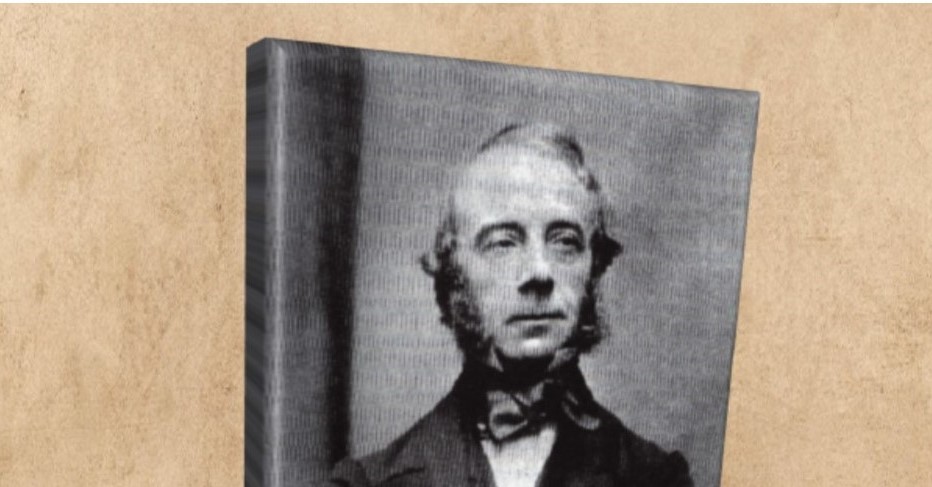 Visitors can spend time visiting Warrington’s oldest Dissenting Chapel, founded on the same site in 1662 when led by the Revd Samuel Yates Rector of St Elphin’s Church, many members had left the Church of England to form their own independent chapel. Initially meeting in a Smithy on the site of this present chapel, they had built a Georgian Chapel in 1705 and enlarged the building in 1745. Visitors may also relax in the well maintained chapel gardens and visit the burial where many prominent Warringtonians are buried.

The Chapel has many monuments to past members of the chapel including many members of the Gaskell family and this year on Sunday 15th September at 3pm at the Annual Academy Service, a member of the congregation Ray Beecham will deliver a talk on the life of Samuel Gaskell who was a pioneer in the treatment of mental health.

Samuel Gaskell was born on the 10th of January 1807 in Warrington, one of six siblings to William and Margaret Gaskell (he later became brother-in-law to Elizabeth Gaskell) and baptised in the Chapel on 15th of February 1807. The case can be put forward very strongly that Samuel Gaskell’s eventual power and status was the joint product of his intellect, his belief system nurtured in Cairo Street Chapel and his unremitting effort.

In 1832 after studying at Edinburgh University, he became a Member of the Royal College of Surgeons and he was appointed Residential Medical Officer at Stockport Cholera Hospital. In 1834 he was appointed House Apothecary to Manchester Royal Infirmary and Lunatic Asylum. Samuel Gaskell’s experience in the lunatic wards at Manchester had much to do with his choice of career. Equally important were his religious convictions. Unitarians were anxious to work for social and moral improvement in ways which were law abiding and respectable.

They provided themselves on their “rational” Christianity, stressing “natural knowledge” and the steady application of self discipline and self control as a sure route to personal and social improvement. In 1840 Samuel was appointed Residential Superintendent of the Lancashire County Asylum. This was the second largest asylum in England and in 1844, it had 611 patients, all paupers. Samuel’s pay at Lancaster was £400 per annum including a house and his food. Samuel commenced immediately in creating a more humane caring environment. On his appointment he found that many inmates were chained all day to a open chair situated over a running sewer. This method, he discontinued. The humane management that he brought to mental health was soon realised and in 1844, the Commissioners Report on Lancaster recorded :
‘that by every expression of kindness, by appearing to sympathise in the patient’s imaginary sufferings and by taking a deep interest in all his concerns to soothe irrational irritation and thus allow an opportunity of restoring the healthy action of the mind.’

So impressive were the changes he introduced that in 1849, at the young age of 42, Samuel Gaskell was appointed the Medical Commissioner for Lunacy providing him with national control of Asylums throughout England and Wales. Everyone interested in finding out about the life and works of Samuel Gaskell is invited to the Academy Service at 3pm Sunday, 15th September. 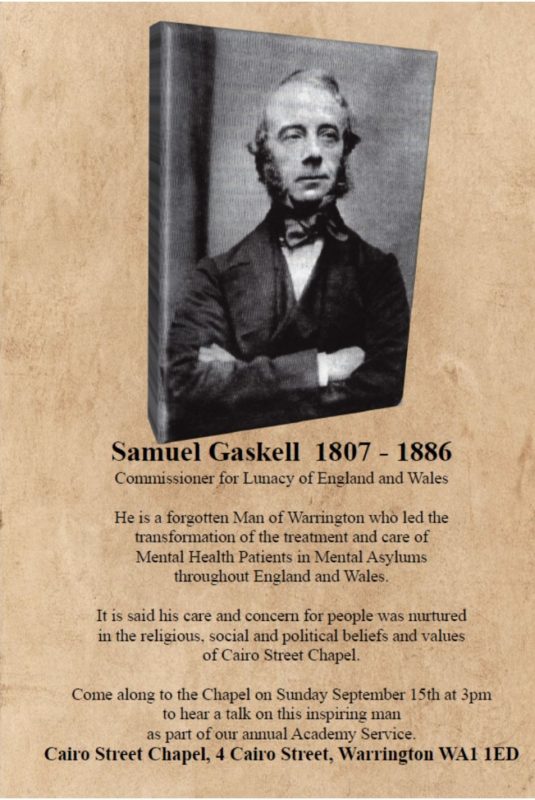