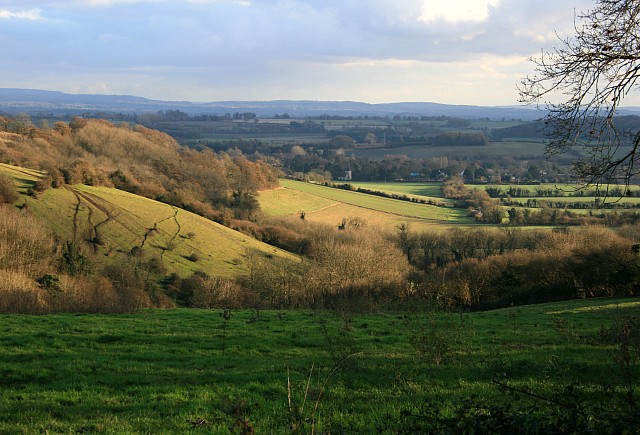 a little country house for Papa to “retire” to…

One question that volunteers are regularly asked by visitors to Elizabeth Gaskell’s House is, ‘Where did Elizabeth Gaskell die?’. The answer is Hampshire; at a small village called Holybourne, situated not too far from Jane Austen’s house at Chawton. Of course, such an answer merely generates more questions; so, to try and satisfy this curiosity for all things Gaskell, in this series of blogs I hope to answer at least some of them. First, let us consider why Elizabeth Gaskell, famously associated with the north of England, might want to move to the south.

Although she was known for her active involvement in campaigns to help the poor, Elizabeth never really liked the city that had taken her to its heart, and by 1865, she had lived in the Manchester smoke for 33 years. Elizabeth believed the Manchester air often made her ill and regularly commented on how she felt better away from home. In a letter to Charles Eliot Norton in 1865 Meta explains that before her death, Elizabeth had not been well for some time, putting the illness down to exhaustion and ‘having been a good deal in the bad air of Manchester’.  William too was beginning to suffer every winter from a cough during the cold weather, probably bronchitis, and Elizabeth worried about him being ‘so thin’ and fatigued from overwork. By 1865, William was 60 years old and Elizabeth believed the time was right to start searching for a suitable place to which her hard-working husband could retire.

While these may have been the main reasons for Elizabeth’s decision to embark on a ‘house hunting’ campaign, an added factor in her decision to leave Plymouth Grove may have been the ever-increasing encroachment of the city into the suburbs. By 1866, the large villa which had stood opposite William’s study window had been replaced by five terraced houses, all part of a rapid development taking place on that side of the road and stretching towards Manchester. Many of the wealthy residents of Plymouth Grove who were her neighbours in 1850, had already moved further out of the city. Victoria Park was one destination, although some chose to move into Rusholme, then a very wealthy area, and even into Cheshire where Alderley Edge was a popular destination.

While these are all valid reasons for a move out of Manchester, they do not explain her choice of location, the Hampshire Downs. It is clear from Elizabeth’s letters that the family, excluding William who was not allowed to know about the venture until he might be persuaded to retire, were looking at houses in the south of England but not Hampshire in particular. In the summer of 1865 Flossy and Marianne had been sent to investigate a house in Bookham, Surrey, and Elizabeth was keen to know how that house compared with the one ‘we 4 went to see in Sunning-Hill, that Sunday we went to Windsor’. Sunninghill is in Berkshire and like Bookham was in easy reach of London. London was a crucial factor in their planning. By 1865, Flossy was living in London, Marianne was often there and would take up residence in Wimbledon after her marriage to Edward Thurstan Holland the following year; and William often visited his friends and associates there. Elizabeth writes: ‘[I]n London everyone says he will be welcomed as a co-labourer, with many of his friends, so that he will not leave off work, tho’ he will lessen it by the change’. Thus, Elizabeth reasoned that a house within easy reach of London might just tempt William away from Manchester.

Neither the house in Bookham nor the one in Sunninghill were satisfactory. Of the latter, Elizabeth writes to Marianne: ‘I don’t think at all that it wd do, – unless indeed we could pull it down (keeping the pretty garden as it is) and rebuild it’. By the end of August, she had settled on a house in Holybourne. Sadly, there are no published letters between June and August to throw any light on how she discovered the property or what induced her to buy it. However, by the 23rd of August, she was proceeding with the sale and busily organising the redecoration of the property. Holybourne was in a good position, it was not only close to the larger town of Alton which would supply some interest for Elizabeth’s unmarried daughters, but it was also situated in a healthy spot on one of the highest points of the Hampshire Downs and served by a direct rail link to London. It would be ideal for William and Meta notes that her mother ‘lavished the most tender pains in making it what he would like’.

This was a grand scheme of Elizabeth’s and it is clear from her letter to Charles Eliot Norton in September 1865 that she was excited about her purchase and the great surprise that, for the near future at least, she was keeping from William: ’And then I did a terribly grand thing! And a secret thing too! …I bought a house and 4 acres of land in Hampshire,-…for Mr Gaskell to retire to & for my unmarried daughters’. We know from her letters that the house cost £2,600 and that she had saved £1,600 from her earnings; the shortfall was to be met by an equitable mortgage brokered by George Smith, her publisher.

At this point, we must leave Elizabeth for now.  In part two of this series, I will examine the house itself, Elizabeth’s schemes for redecoration and her interim plans to manage the house and her debt before she intended to take up residence with her family in 1868. Finally, I will explore the ramifications of her death in November 1865, and, as far as possible, the subsequent history of The Lawn, London Road, Holybourne.