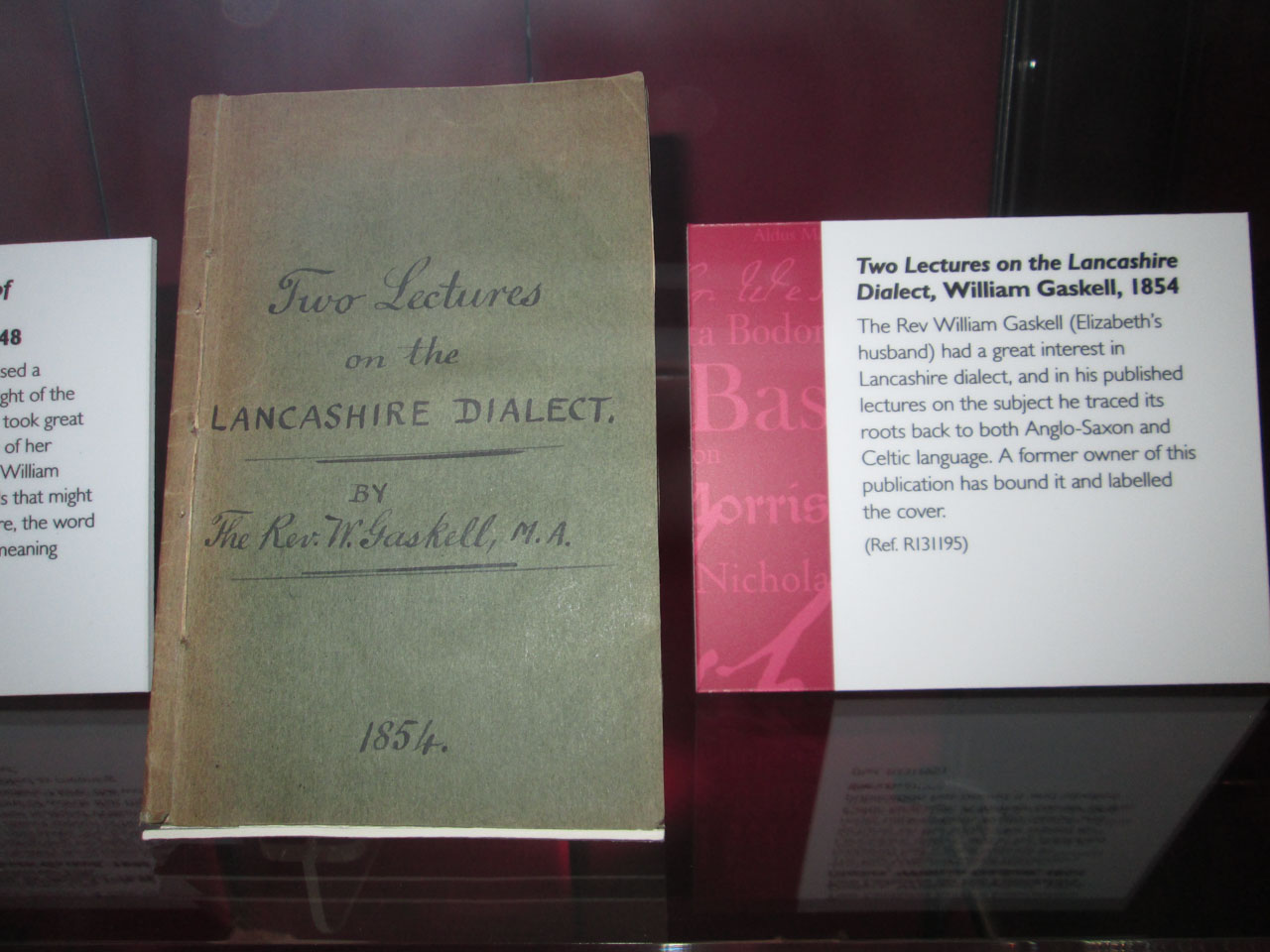 Early in October, a group of volunteers from the House was lucky enough to visit the magnificent John Rylands Library with John Hodgson – Joint Head of Special Collections and Manuscripts and Archives Manager – and to get very close to some items from the Gaskell archive which is held there.

The Library was built as a monument to John Rylands, an immensely successful and rich Manchester textile manufacturer, by his widow Enriqueta Rylands. Designed by Basil Champney, it took two years for the building to be completed and it was finally opened to the reading public on January 1st 1900. It’s a Manchester must see – do go it you’ve never been, and go back if you’ve not been recently and marvel! 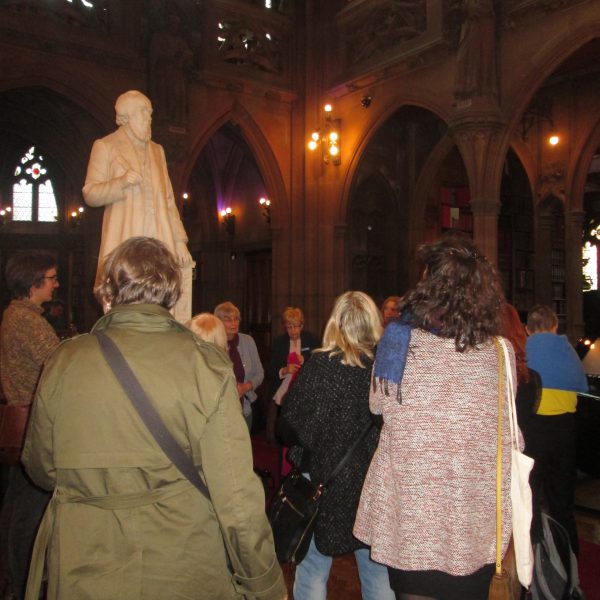 John selected a number of manuscripts and letters for us to view privately. We were able to examine the portrait miniature of Gaskell (watercolour on ivory) which was painted by her step mother’s brother, W J Thomson. William Thomson was working in Edinburgh from 1812 and indeed the miniature is inscribed on the back ‘Painted by W J Thomson June 1832 Edin’. This inscription is something of a puzzle. We know that Elizabeth visited Edinburgh in 1830 and perhaps again in 1831, but there is no record of her visiting in 1832. She married William Gaskell on August 30 1832 – perhaps the miniature was meant as a gift for her future husband? 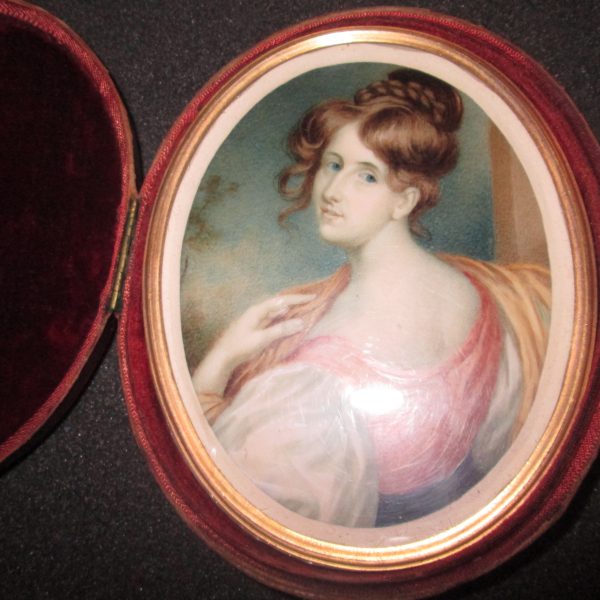 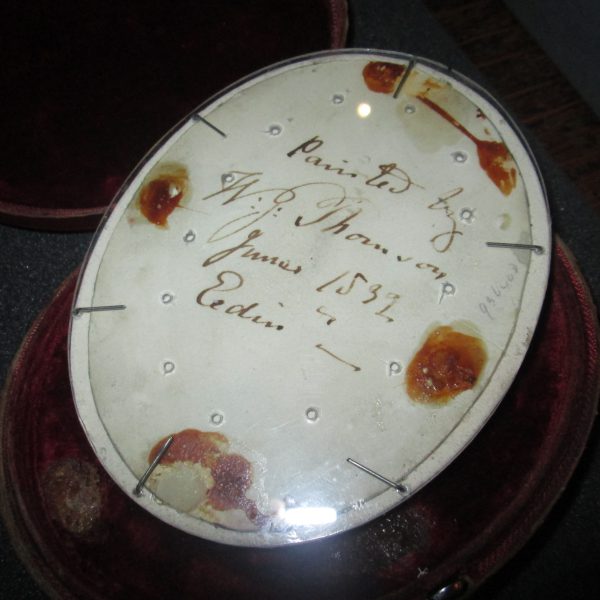 The Library holds the manuscripts of both ‘Wives and Daughters’ and also ‘The Life of Charlotte Bronte’ and John had ‘The Life’ for us to look at. Gaskell was invited by Patrick Bronte to write his daughter’s biography in June 1855, soon after her death. We know she had a great deal of difficulty writing it. In a letter to her friend Harriet Carr written on March 15 1856, she comments ‘And I never did write a biography, and I don’t exactly know how to set about it; you see you have to be accurate and keep to facts; a most difficult thing for a writer of fiction. And then the style too! that is a bugbear. It must be grander and more correct, I’m afraid.’

The manuscript of ‘The Life of Charlotte Bronte’ is an eloquent testament to the trials of its composition. Contrasting the free flowing lucid writing in the manuscript of ‘Wives and Daughters’ with it – full of crossings out and amendments – shows how difficult she found it to write. Many of the corrections in the manuscript are in William’s hand writing, when she enlisted his help. 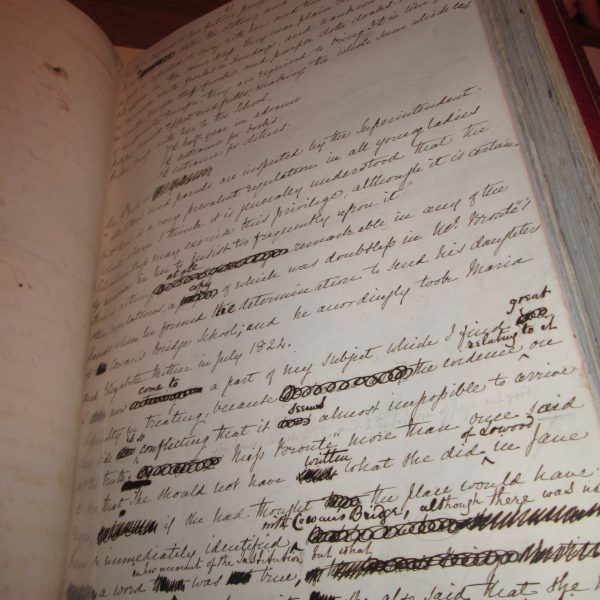 Many thanks to Arthur , our volunteer coordinator, for organising such an interesting trip and especially to John for being such an expert and informative guide.