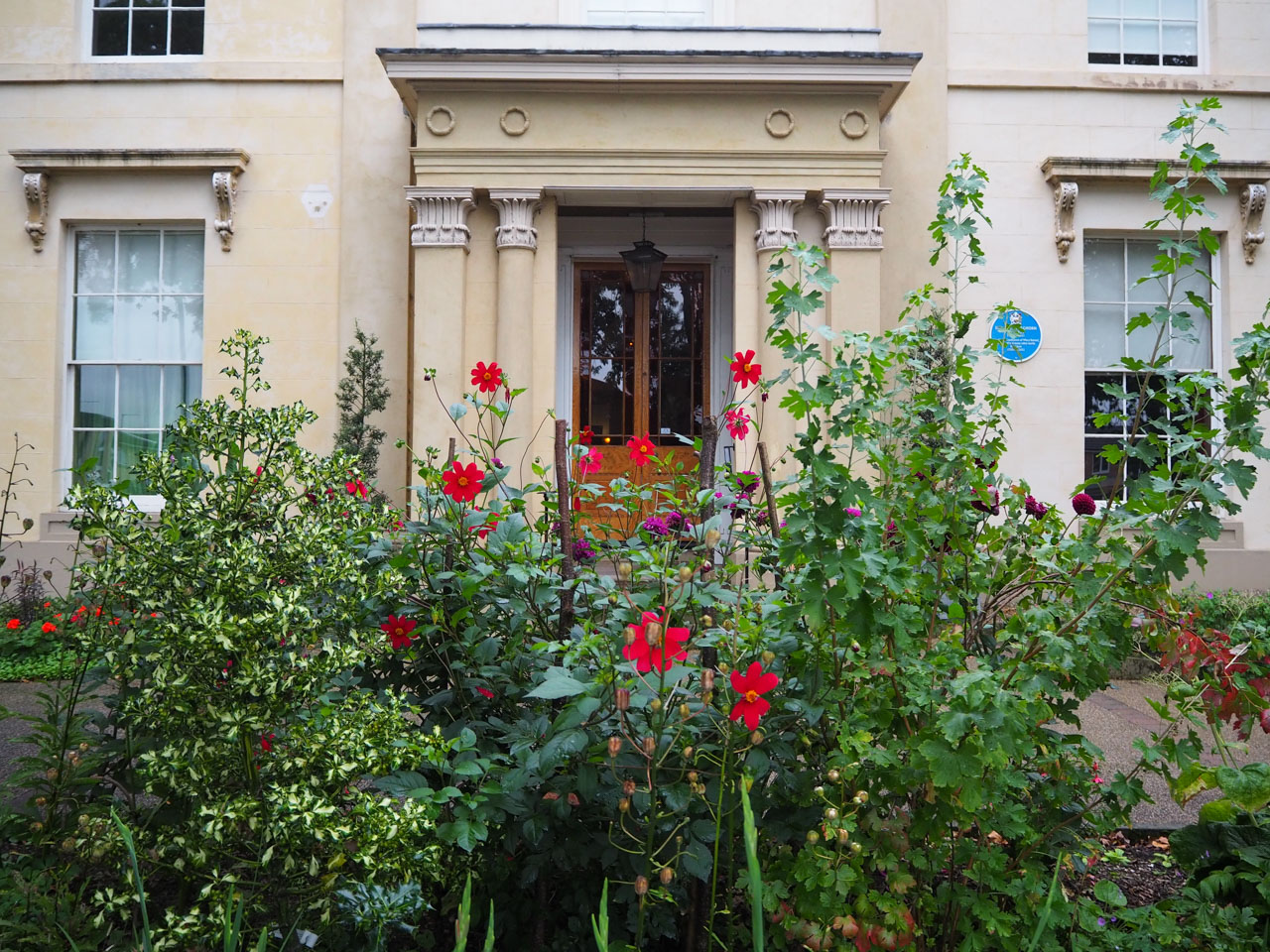 The restored garden at the home of Victorian writer Elizabeth Gaskell, just one mile from Manchester City centre, is maintained by a dedicated group of volunteers. It has been planted to show the sort of garden that the Gaskells enjoyed with the choice of plants being informed by references in Elizabeth’s letters and novels, as well as by Victorian garden history.

The current layout is based on a detailed map of Manchester in 1850 which shows the paths and planting areas. The purpose of the garden at Elizabeth Gaskell’s House has always been to give as much enjoyment today as it did in Elizabeth’s time.

“When the Manchester Historic Buildings Trust acquired Elizabeth Gaskell’s House in 2004, the garden was a shadow of its former glory having suffered many years of neglect, so it is with great pleasure that we have been awarded a Silver Gilt award in the very first year of entering this national competition.”

“In this inner-city suburb, the garden provides a splash of colour and has been well received and appreciated by the community as they walk past or through, as well as by the local workforce.

Visitors to the House also appreciate the tranquillity and colour which complements their enjoyment of the interiors.

Not only do visitors and local residents enjoy and use the garden but since 2017 the garden is also used by wedding couples for their photographs.”

Despite this win, the volunteer gardening team are already looking to the future as discussions have commenced regarding the rebuilding of Elizabeth’s conservatory outside the Drawing room which would provide additional enjoyment of the garden for visitors and wedding parties.

Elizabeth Gaskell’s House is always looking for new volunteers to join the gardening and House team. If you are inspired to join the team then see the website elizabethgaskellhouse.co.uk or contact the House.

About Elizabeth Gaskell’s House, at 84 Plymouth Grove is a Grade II* listed property, was built around 1835-1841 and is a rare surviving example of a suburban villa. The Manchester author lived in the House with her family from 1850 until her death in 1865. Her two daughters lived at the house until 1913.

The Manchester Historic Buildings Trust was established in 1998 with the primary aim of saving Elizabeth Gaskell’s House. The House opened to the public in October 2014 with support and funding from the National Lottery Heritage Fund.

About the Garden
As part of the House’s refurbishment, it was intended to recreate the garden as it would have been in the Gaskells’ time – with some concessions to reflect its changed purpose as a visitor attraction and its reduced size. The garden at Plymouth Grove was immensely important to Elizabeth. This was where she could grow both flowers that were a sensory delight and also vegetables for the kitchen. It was also a place where she could truly relax (‘without a bonnet’) away from social scrutiny. The garden (somewhat bigger than today) at Plymouth Grove gave her great pleasure and she made exciting plans for planting. In addition to the large garden, there was also a conservatory attached to the house during the Gaskells’ time.

The House and garden are open to the public every Wednesday, Thursday and Sunday 11am-4.30pm and for private tours, room hire, events and weddings on all days.

Private House and garden Tours by special arrangement. The House is available for weddings and room hire on all days.

About Britain In Bloom

Britain in Bloom is the UK’s longest-running gardening competition. It provides a regional and nationwide platform for community groups to brighten up their town or city. Many groups also report wide-ranging social and environmental benefits. Britain in Bloom is recognised across the UK as a symbol of excellence in community gardening, strong community spirit and pride of place.