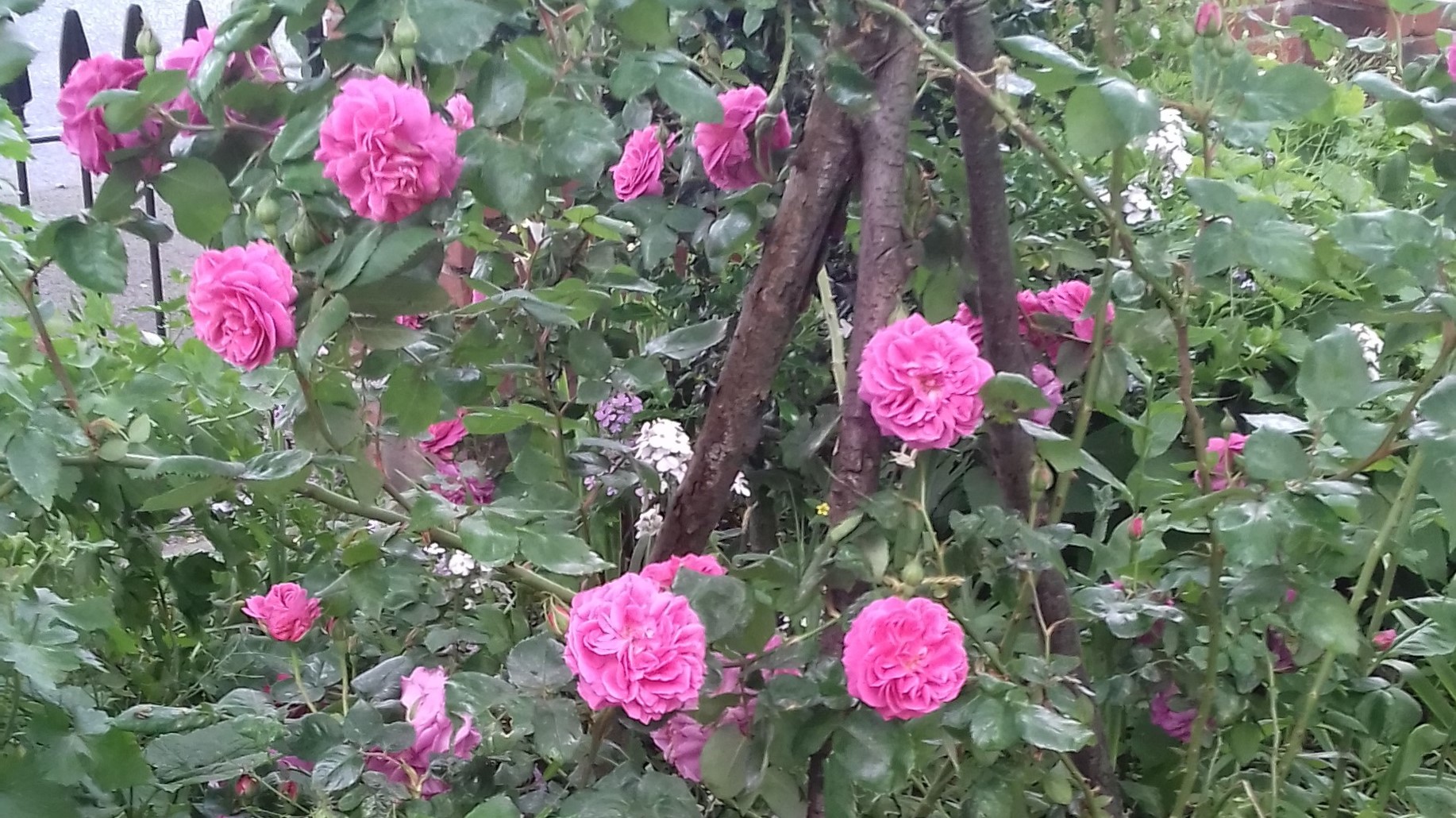 The roses are looking good at present and there is one in particular I’d like to tell you about. But first some photos 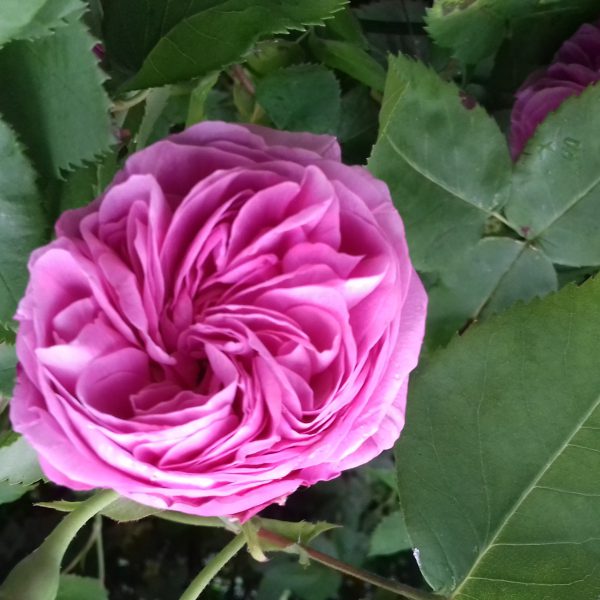 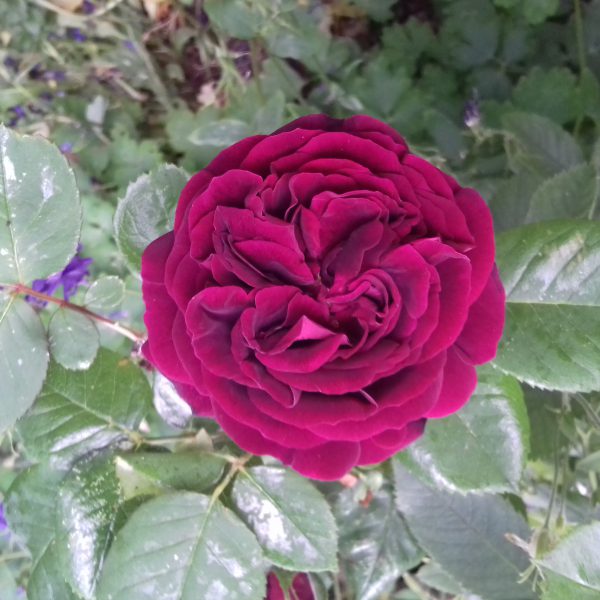 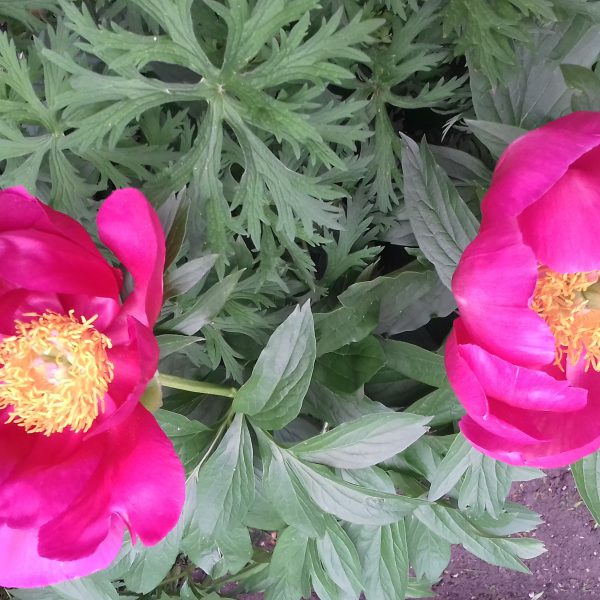 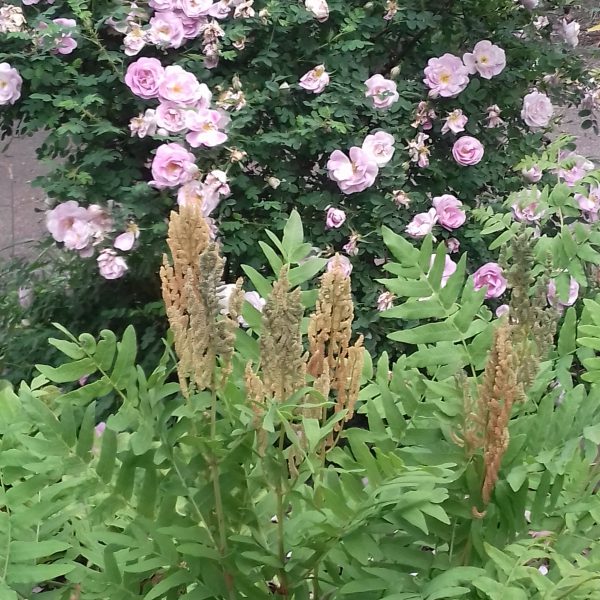 A good many of the plants in the garden were chosen with reference to Mrs Gaskell’s writing or events in her or her family’s life. A rose in flower at present, Sir Joseph Paxton, is one such plant.

Sir Joseph Paxton (1803-1865) was the designer of the Crystal Palace and gardener to the Duke of Devonshire at Chatsworth. He gave Mrs  Gaskell and her daughter Meta a personal tour of the gardens at Chatsworth when they visited in September 1857. She described a very different style of travelling and garden visiting in an entertaining letter to her daughter Marianne, dated 13 & 14 September 1857.

Mrs Gaskell and Meta travelled by coach from Manchester, forced to sit outside at the top of the coach because the inside was full. It poured with rain which “came down heavier and heavier to the great detriment of our clothes”. At 3:45 at Buxton they were able get a seat inside the coach and when they reached Rowsley had “a snug little sitting room with a fire and tea and settled ourselves with that day’s Times till bed-time.”

They visited Chatsworth the following day and when the Duke became aware they were visiting, were invited to stay at Chatsworth and were established in “two grand rooms (& a private WC)”, Mrs Gaskell felt she needed to send apologies to the Duke that they were only in their travelling dresses!

After lunch Sir Joseph Paxton met them. “ He was quite the master of the place.” He arranged a tour of the gardens. “There were carriages and riding horses ad libitum. (We) went in a low pony carriage, and four lovely (circus-like) ponies, postillions etc and felt like Cinderella.” After visiting the kitchen gardens they met the Duke and then “drove off again, up & down seeing views and improvements, & all the fountains playing and all the waterworks going, and ending by driving through the conservatory..”

A visit to the garden at Elizabeth Gaskell House is nowhere near as grand and we certainly have no room for pony carriages and postillions, but we do at least have Sir Joseph Paxton. 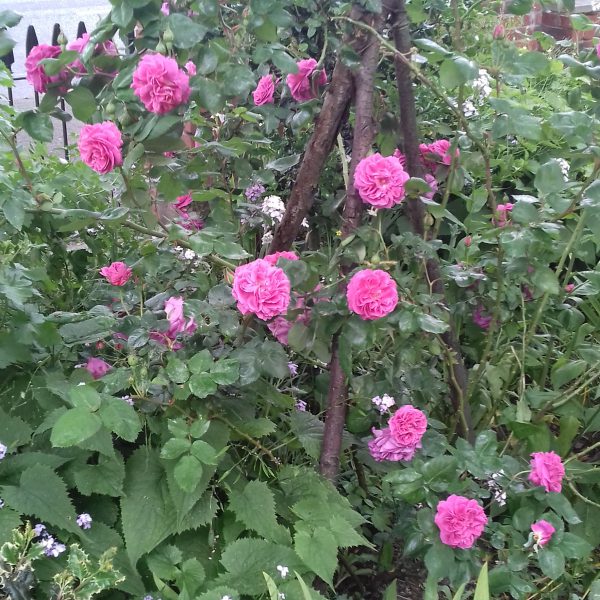 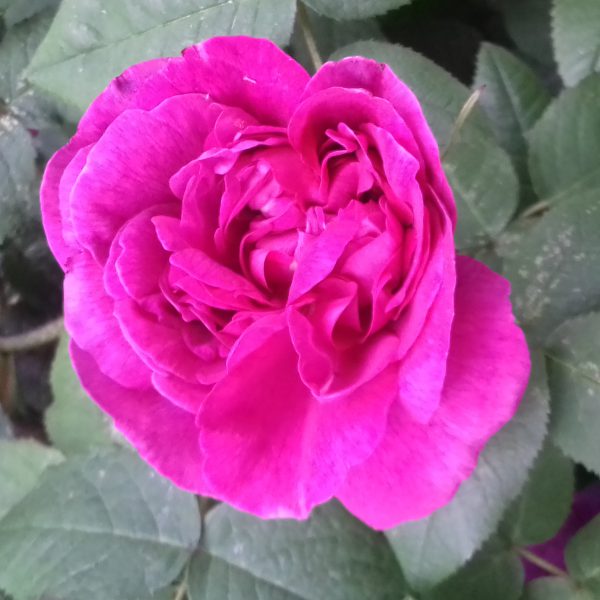