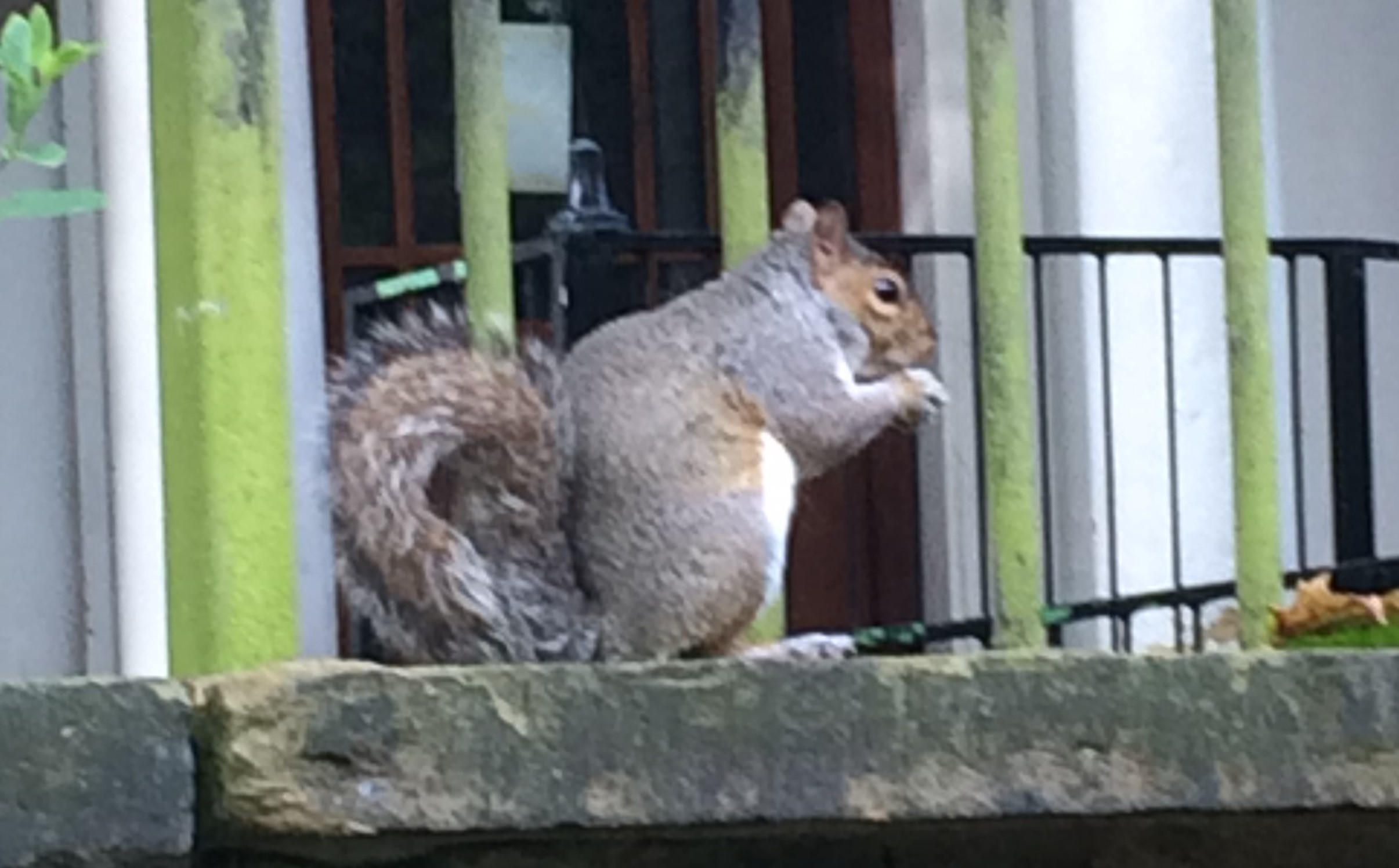 As he curled round himself in his drey in the roof of a warm block of flats on Plymouth Grove, Squirrel Knutsford felt he lived a good life. Outside it was cold and snow still lay on the ground. But in his snug bedding he could recall the good days. There were not so many men and women in the garden then and he had been able to scamper around untroubled. Sometimes, when they were in the garden, they took bark from off the wooden pergola, revealing tasty bugs for Knutsford to eat. If only they did not pull up so many tree seedlings.

If they would only leave them then the garden would be just as it was in the days of his grandfather (or was it great-grandfather) when you could leap from tree to tree.

He remembered the days when the apples had grown on the trees in the garden and hung so near to his reach.

One day, when he thought the men and women had gone away, he stood on his rear legs and got his teeth into a sweet, juicy, low hanging apple. Then Bang! Bang! came from the house windows. Squirrel Knutsford leapt away from the apple and scarpered back onto the wall, his mouth carrying the memory of the apple’s sweetness.

A day later, he saw that pears he could reach grew against the wall and that the windows were far away. He took one sweet bite out of the pear and went to sit upright on the wall, waving his tale with satisfaction, his paws moving the piece of pear round and round as he nibbled at the juicy fruit. That was a good memory.

But the memory that brought him greater pleasure was one of a trip he had taken out of his drey in search of nuts he had buried, though he couldn’t remember exactly where. It was cold out and to catch a bit of warmth he sat for a while on a windowsill of the house. Then he saw it. The family coat of arms. It was on a book* lying on the desk. A golden coat of arms on a very smart green book.

His grandfather (or was it his great-grandfather) had always told him that the family came from noble stock. Here was the proof that made him proud. He made a little scrabbling dance of joy in the flower bed below the window. And up it came! The nut he had buried. He knew it was in the garden somewhere. Back he ran, along the wall, up the tree and into the roof of the flats. He nibbled on the nut, curled up in his snug bedding and fell asleep with memories of his great ancestry and the flavour of juicy pears.

*What [Sir] Squirrel Knutsford didn’t know was that this book was “Poems of John Donne”, published by the Grolier Club in New York in 1895, edited by Charles Eliot Norton and newly bought for William Gaskell’s study.