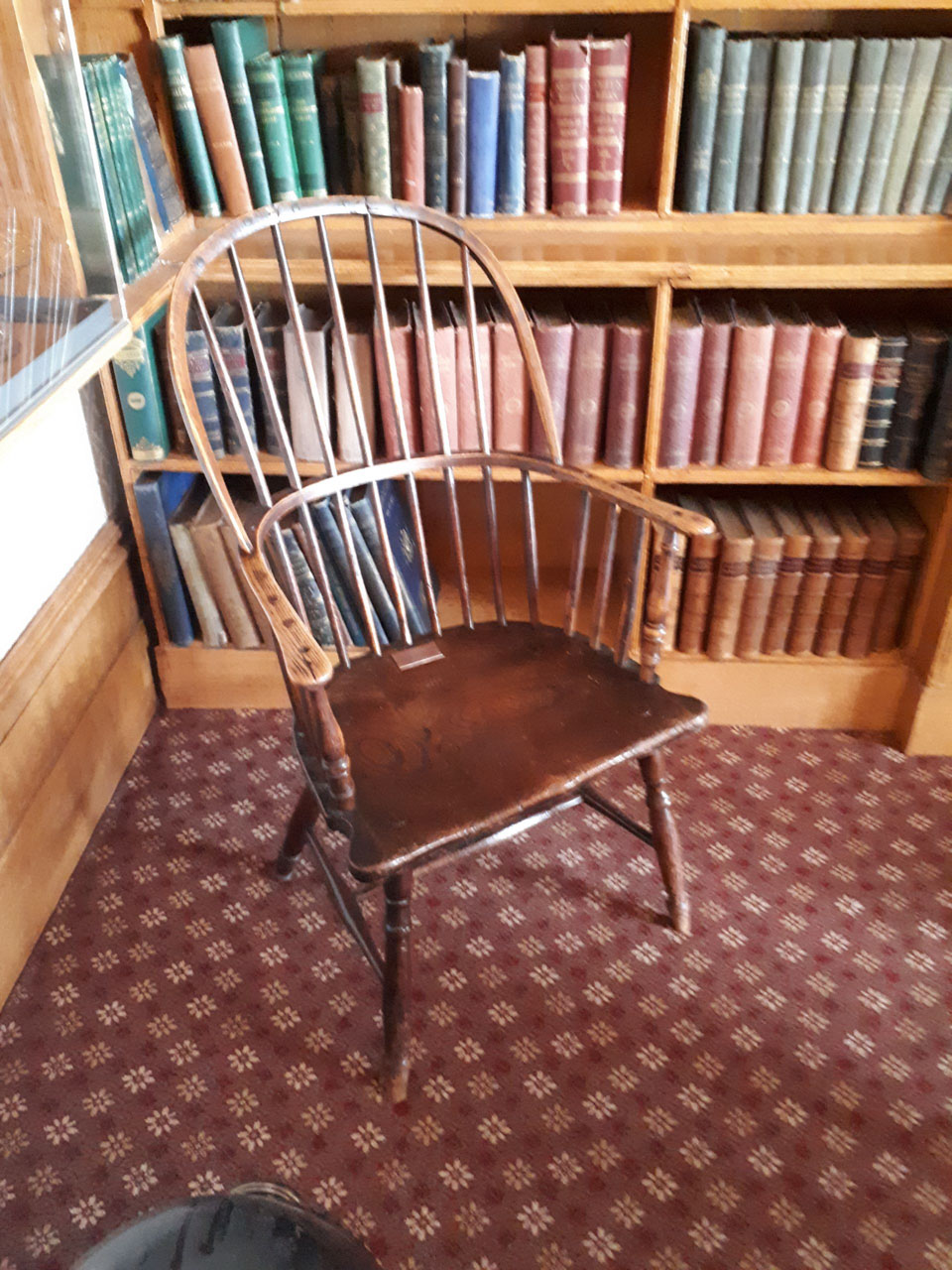 The Story of a Unitarian Chair

So what is the history of the College where William Gaskell was educated, taught, was a Trustee, and presumably sat in this chair? The College – ‘The Warrington Academy’ – was founded in Warrington in 1757 as a dissenting academy – among its tutors was one Joseph Priestley, the discoverer of oxygen. In 1786, it moved to Manchester and was re-founded as ‘The Manchester Academy’. It provided higher education to religious non-conformists, training them for professional roles, and for civic and commercial life. In 1793, John Dalton was appointed as a professor – starry indeed!

In 1804, the Academy relocated to York – the story is that it was keen to recruit the Unitarian Minister, Charles Wellbeloved as its Principal, and as he refused to move to Manchester, the Academy followed him to York. From 1840 to 1853 it moved back to Manchester and after a short transfer to London, the College finally relocated to Oxford in 1893 where it remains as the Harris Manchester College, one of the Oxford Colleges.

William Gaskell began his training for the Ministry at the Academy in 1825, when it was based in York and he was tutored by Charles Wellbeloved and William Turner’s son James – the William Turner with whom Elizabeth had spent a number of happy holidays. Among his contemporaries were John Relly Beard and James Martineau – men who became his life long friends and colleagues. It was with John Relly Beard that he founded the Unitarian Home Missionary Board in 1854, and they were two of the founders of the Unitarian Herald in 1861. When the Academy re-located back to Manchester in 1840, William Gaskell became its clerical secretary and lectured in literature. In 1846 he was appointed professor of history, literature and logic. James Martineau was also teaching at the Academy at this time and had introduced the Gaskells and his sister Harriet.

But what of John Colston and P P Carpenter? John Colston was appointed as the first Unitarian Minister at Northcliffe Chapel in what we know as Quarry Bank Mill.

Philip Pearsall Carpenter was born in Bristol in 1819. His father Dr Lant Carpenter was a Unitarian Minister in Bristol and also taught there – Harriet and James Martineau and also Samuel Greg were among his pupils, and presumably met the young Philip Pearsall. Following his training and ordination, P P Carpenter ministered at Stand in Lancashire from 1841 and 1846, and at the Cairo Street Chapel in Warrington from 1846 to 1858. It’s worth noting that his sister Mary Carpenter was the founder of the Ragged School Movement – it is difficult to over estimate the influence of Unitarians on educational and social reform in the nineteenth century and their passionate conviction in equality and equal opportunities for all people.

Who knew how rich a story could be told by such a simple chair – a story worthy of Elizabeth Gaskell herself.

« The Unitarian Collection
Daily Devotions for the Closet »