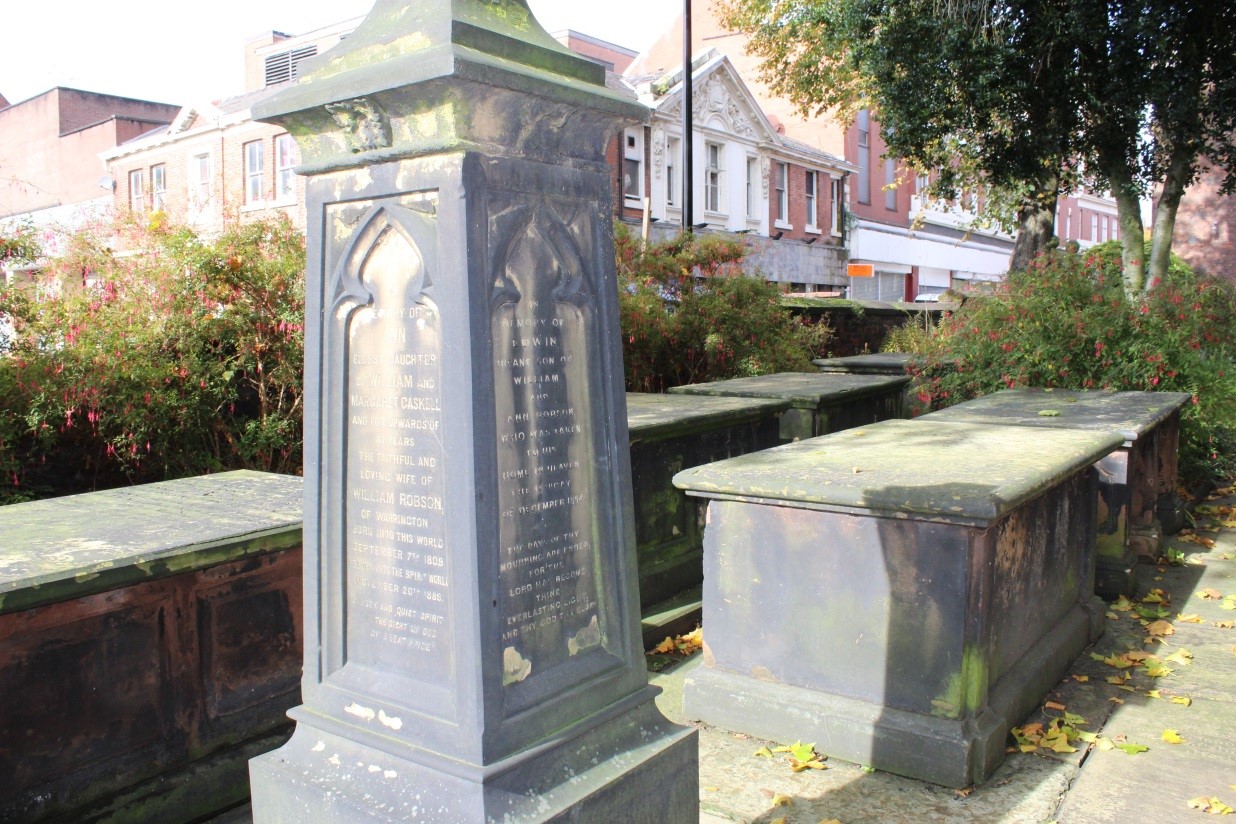 What a treat we had in store! We received a warm welcome from the Revd. Bob Janis-Dillon, Peter McGuigan and Ray Beecham, who were all extremely generous with their time and their knowledge of the Gaskell family and Unitarian faith.

For anyone interested in Revd. William Gaskell’s family, the burial ground at Cairo St. is an incredible resource, providing evidence of the births, deaths and marriages in that family over five generations. Below is a photograph of six Gaskell graves, with a seventh just tantalisingly out of site behind the fuchsia bush. 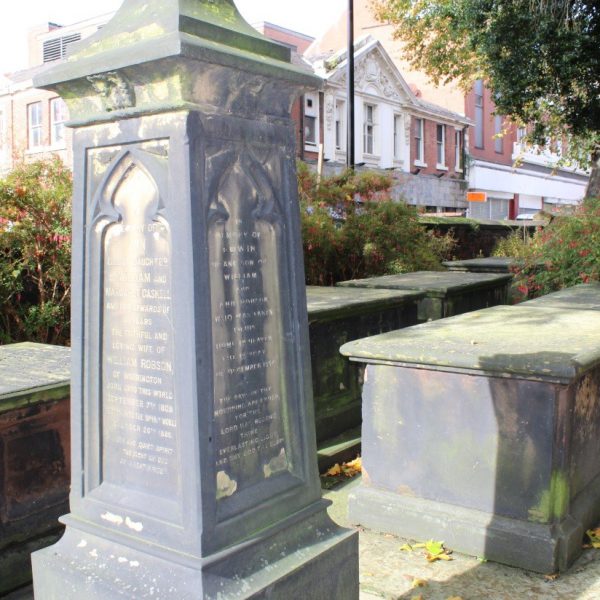 In the foreground you can see the obelisk in memory of Revd. William’s sister, Ann, her husband William Robson, and their two boys, Edwin (1854), who died as an infant, and William (1868), who died aged 18. William Robson lived to be 91 years old.  To the left of the obelisk is a chest in memory of Holbrook Gaskell, Revd. William’s second cousin who made his fortune in chemicals. He is perhaps best known as the Gaskell partner in Nasmyth and Gaskell of Bridgewater foundry in Patricroft. Nasmyth was also a friend of Elizabeth and William.  On the other side of the obelisk, Revd. William’s grandfather Samuel is buried (see photograph below). 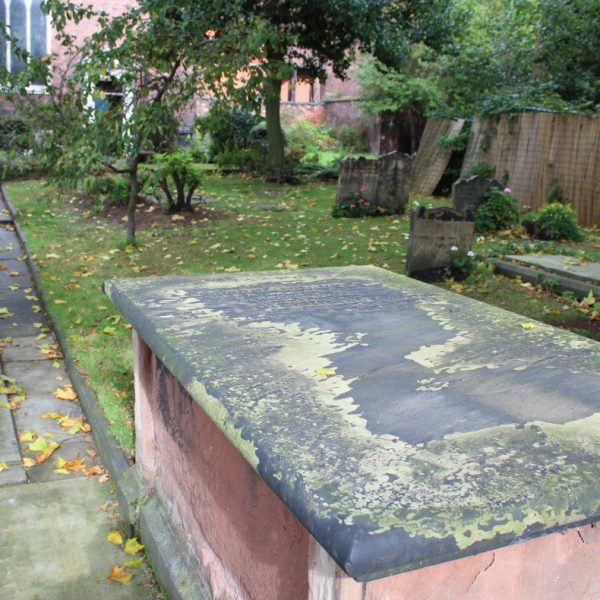 On the next row up, to the left is the chest memorial of William’s father, mother, sister Margaret (died 1816 aged 6yrs) and his brother John (died 1821 aged 4 yrs).  To the right of that memorial is another large chest with just one name inscribed, that of William Gaskell, Elizabeth and William’s infant son who died August 10th 1845 aged 9 months and 18days. The very size of this chest appears disproportionate when you consider the tiny child buried within, yet when you read the inscription all becomes clear (see photograph below). 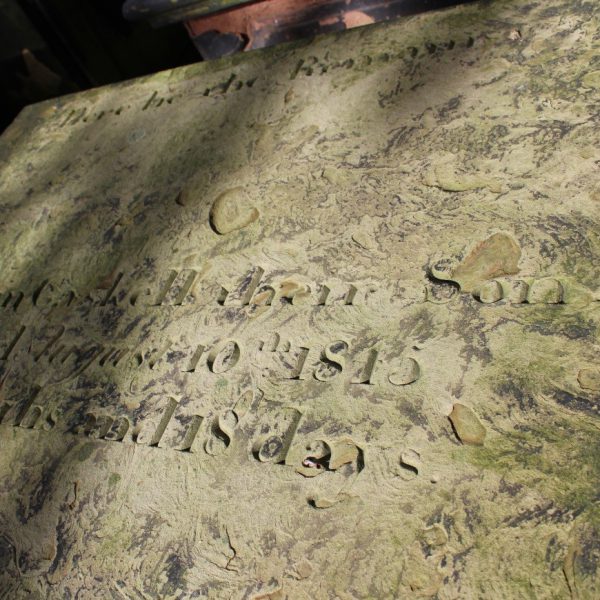 The space after ‘Here lie the remains’ seems to indicate that the chest was also intended for  Elizabeth and William, but they never joined Willie in Cairo St, instead their final resting place was with their two unmarried daughters, Margaret and Julia in Brook St. Chapel, Knutsford.

Moving up to the next row, on the left we see Revd. William’s first cousin once removed, Roger Gaskell, with his wife Ann (née) Hunter and their three sons. (Roger’s son Holbrook lies adjacent to the obelisk).  Next to Roger and Ann is William Woodcock Gaskell who I think may be Roger’s brother (needs confirmation).

The Chest beyond these is that Of Roger Gaskell and Esther (née Woodcock), three of their sons, and two of their daughters.  Roger is Revd. William’s great uncle. Finally by the chapel wall lies a stone engraved with the names of William’s great grandfather and great grandmother, Roger and Elizabeth Gaskell, (née Barnes), Roger was born in 1699.

It was an amazing day and we are hoping to organise a visit to Cairo St. in the spring. By then I might have finished my research on the family.