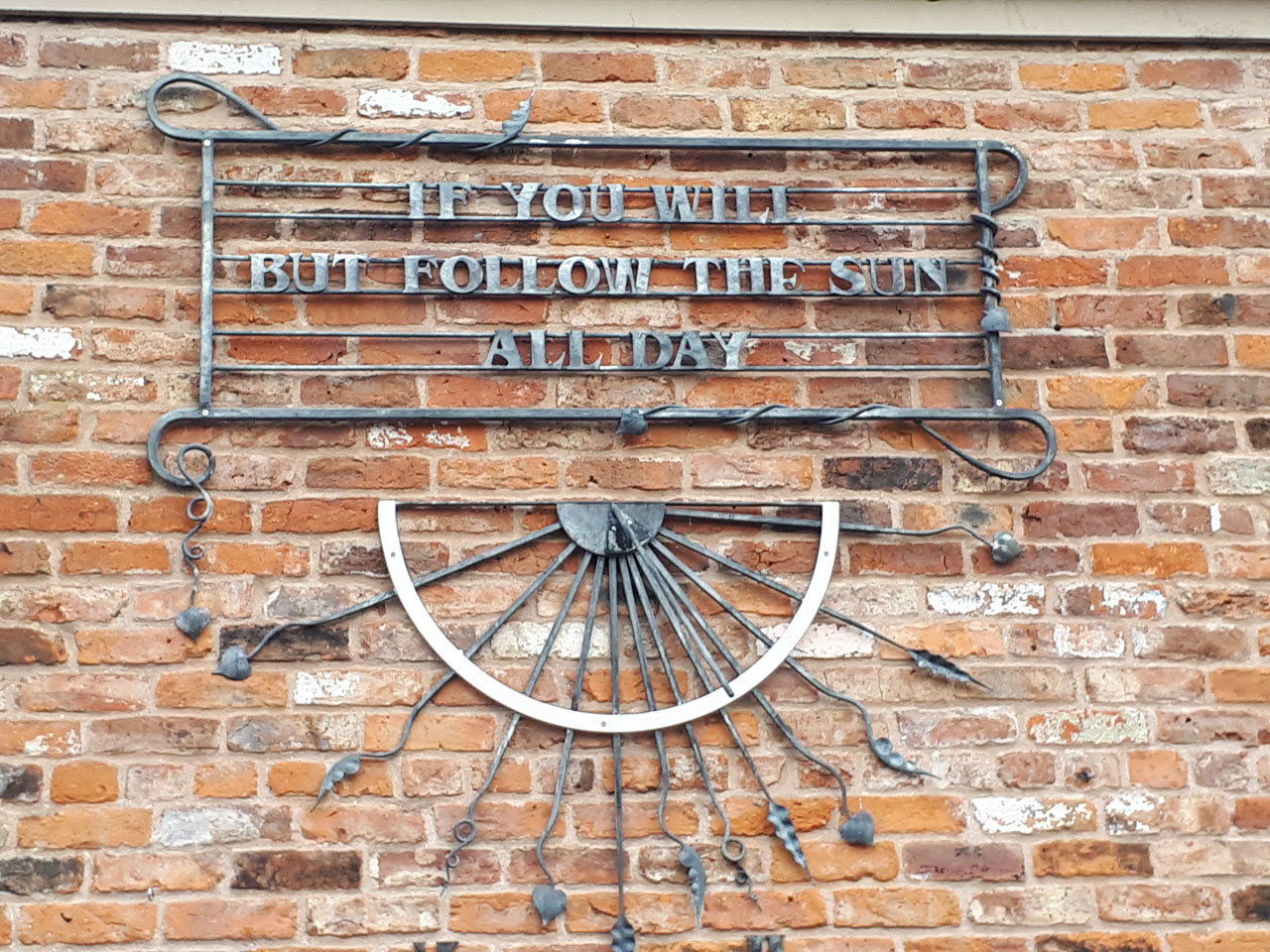 We have a new sundial in place at the back of the House which was put up last December with funding support from Viridor Credits. The sundial features an interesting quote – ‘If you but follow the sun all day ‘ And while it’s  perfect for a sundial, does it have any connection with Elizabeth Gaskell? 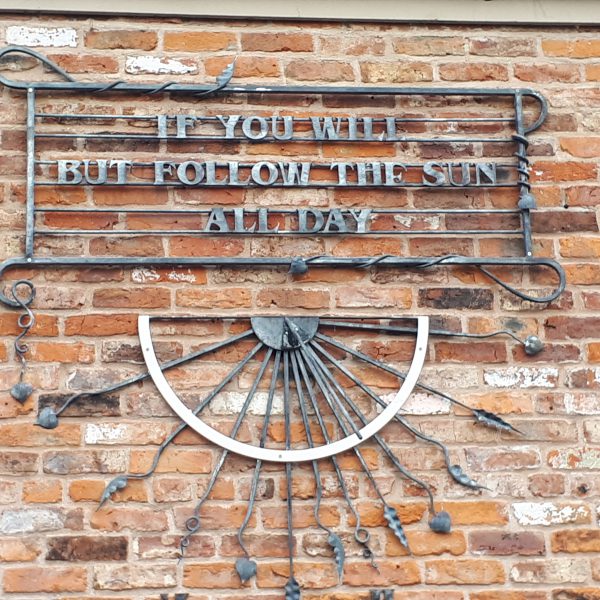 And the answer is, yes it certainly does! The quote is used by Gaskell as the epigraph to Chapter 13 of Mary Barton which has the title ‘ A Traveller’s Tales’. And it was written by Walter Savage Landor who is perhaps not widely known or read today. Born in 1775 and dying the year before Gaskell in 1864, Landor was an irascible poet and prose author who was well respected by fellow authors but who achieved much less popular acclaim. Although he wrote several volumes of beautiful epic and lyric poetry, he was best known and is best remembered today for his imagined conversations between historical  literary men and statesmen which were published between 1824 and 1829. The quote in Mary Barton – and on our sundial – comes from one of these conversations: ‘The Citation and Examination of William Shakespeare touching deer stealing’.

The mermaid sat upon the rocks,
All day long
Admiring her beauty and combing her locks
And singing a mermaid song.

And hear the mermaid’s song you may
As sure as sure can be
If you will but follow the sun all day
And souse with him into the sea. 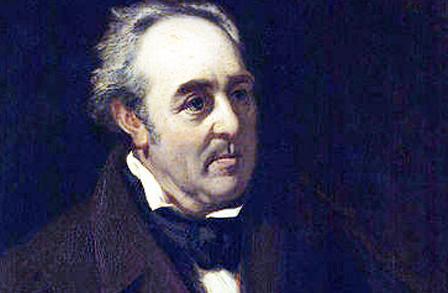 But did Elizabeth Gaskell know Walter Savage Landor and how familiar was she with his writings?

Elizabeth Gaskell was  a great reader all her life and as a young woman read widely, encouraged both by her father and by her family in Knutsford and Sandlebridge. She continued these habits of reading after her marriage to William Gaskell. Jenny Uglow, in her Gaskell biography, comments on her evident pleasure in poetry and how the chapter epigraphs in her novels demonstrate her familiarity  with all the poets of her day  including Landor as well  as Wordsworth, Southey, Byron and Hemans.

Following the publication of ‘Mary Barton’ in 1848 and on one of her visits to London she met and was taken under the wing of John Forster, a fellow Unitarian with Newcastle connections – as she had through her father’s family. She admired Forster’s writing and was – with some reservations – grateful for his championing of ‘Mary Barton’. Forster was a great friend of Landor and I wonder if she met him for the first time through her friendship with Forster?

We do have a record of a correspondence between Gaskell and Landor between May 20 and 22 1854 around their mutual interest in dialects. On May 20th, she writes from Plymouth Grove:

May I venture to send you a copy of my husband’s Lectures on the Lancashire Dialect? I’m not sure if his modesty would sanction this act of mine if he were at home: but, once done, I know that he would feel gratified by the thought that you had read them. With great admiration and respect, I remain, Sir Yours truly Elizabeth Gaskell

I’ve found a copy of Landor’s reply in a monograph which is now held in John Rylands Library which can be accessed here. The monograph ‘ Letters addressed to Mrs Gaskell by Celebrated Contemporaries’ was prepared  by Ross D Waller, a lecturer at Manchester University and published in 1935 , the material being drawn from a number of letters which had been given to the University of Manchester by Meta Gaskell. Landor writes on May 21:

Dear Madame I feel greatly honoured by your note and the Lectures on the Lancashire Dialect. These are very instructive, no less to me than others. ( ) Mr Gaskell deserves the society of our three great men, Chaucer, Shakespeare and Milton! He will more easily forgive your sending me his book than bringing down on him these crudities of mine. Believe me, dear Madame, Your obliged Sevt, WS Landor

Gaskell sent him a long reply on May 22, part of which reads:

Dear Sir, I have sent your letter to my husband by this post; but I must just say a very hearty thank you for the pleasure I knew it will give him. In the little country-town in Cheshire, in which I lived until I was married, there were one or two peculiar customs , now slowly dying out. One was that all the friends of bride or bridegroom sanded before their doors on a wedding day. It was done with funnels filled with different coloured sand in a sort of pattern with a border round it and a doggerel verse in the centre

Landor continued to correspond with the Gaskells, writing to William Gaskell on February 2 1858 to congratulate him on the publication of his sermon on Milton’s death which had been published in 1857, and telling him of his great respect for Milton. Elizabeth Haldane in her 1931 biography  ‘Mrs Gaskell and her Friends’ records that Elizabeth Gaskell met Landor with Swinburne in Rome in 1863 on on of her trips abroad – but I haven’t been able to find any collaborating evidence to support this.

So Walter Savage Landor – a paid up member of the Gaskell circle!