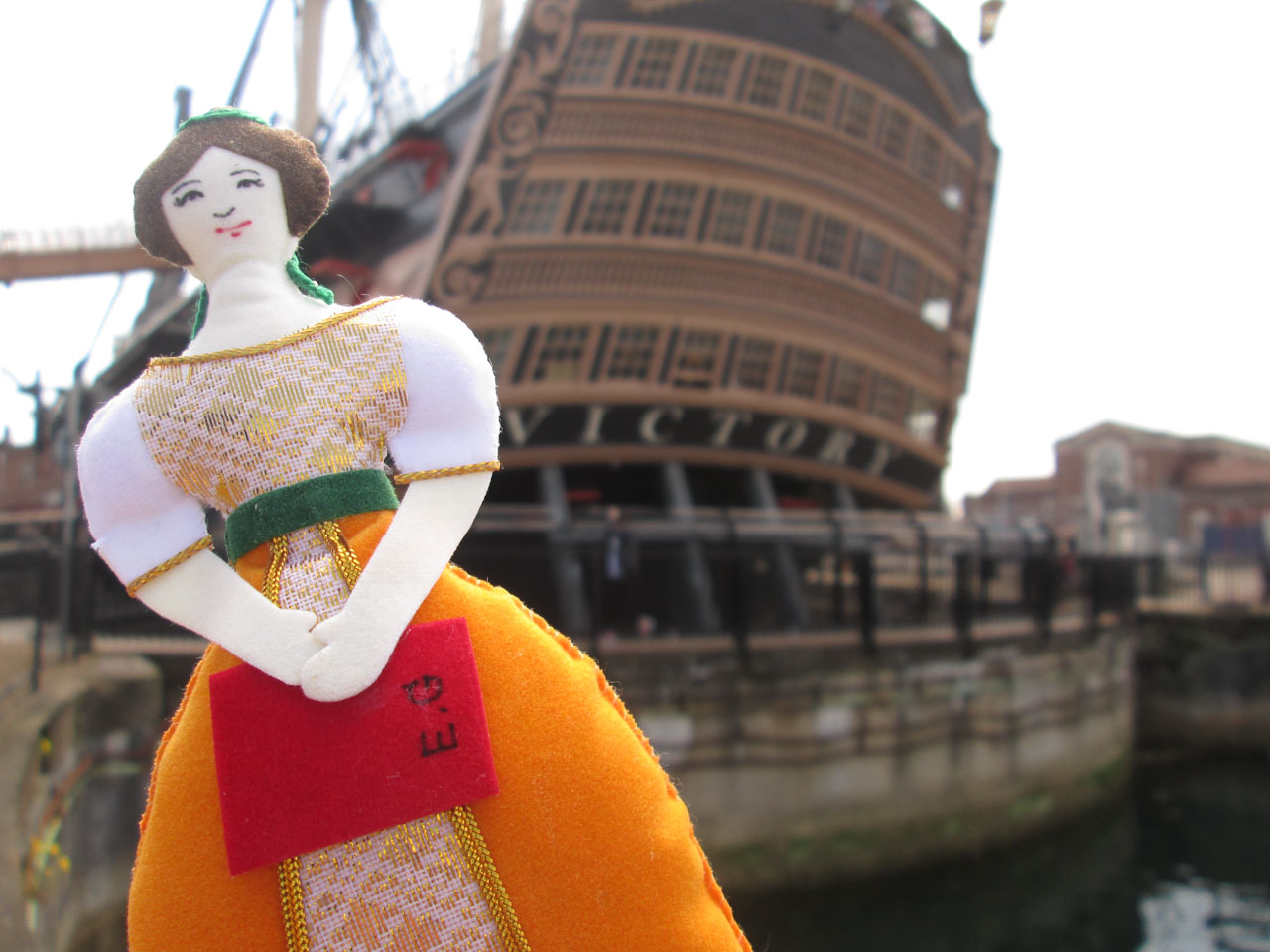 This is from a letter written to Marianne Gaskell on Thursday 28 February 1862 – a letter started by Meta and finished by Elizabeth while they were visiting a Mrs Lyall at The Close, Winchester Cathedral. Part of the letter describes a visit to the Victory  – Nelson’s flagship at the battle of Trafalgar – which they’d made the previous day, on Wednesday, 27 February:

On Wednesday, as Meta has begun to tell you, we went to Portsmouth, soon after breakfast; were met at the station by Captain Christian (who, in London had offered to show us everything -) and convoyed by him to the Royal Yacht boat – first to the Victory, the ship in which Nelson was wounded, & died at the battle of Trafalgar, – places marked by a brass plate. She is now a training school for 800 boys all going to be sailors. 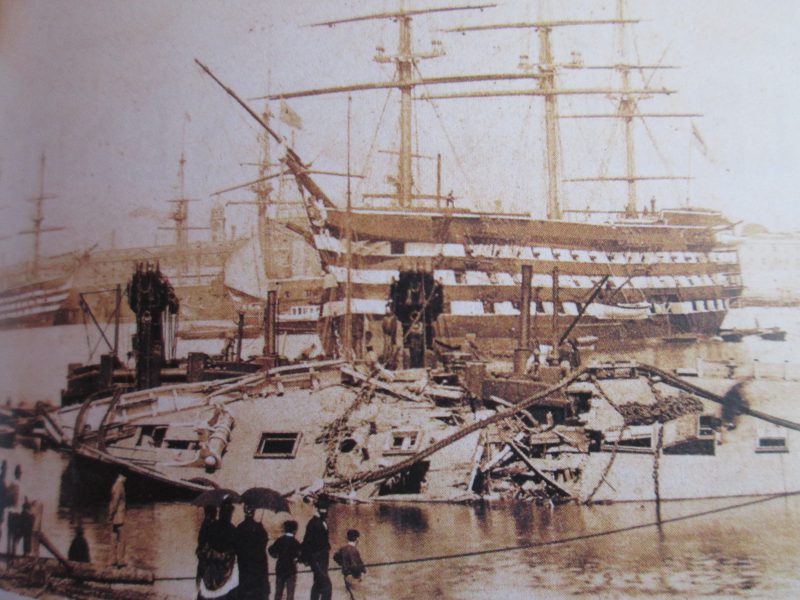 The photograph above shows the Victory in Portsmouth docks around 1860 – and looking very much as Elizabeth and Meta would have seen her. And the battle of Trafalgar was historically very close, having been won on 21 October 1805, only five years before Elizabeth Gaskell was born. Which all goes to show that even if I wasn’t much looking forward to the trip to the ship with my Nelson crazy husband, there’s always an Elizabeth Gaskell connection to be made! And our lovely Elizabeth Gaskell dolls are for sale in our shop – look out for one on your next visit to the House. 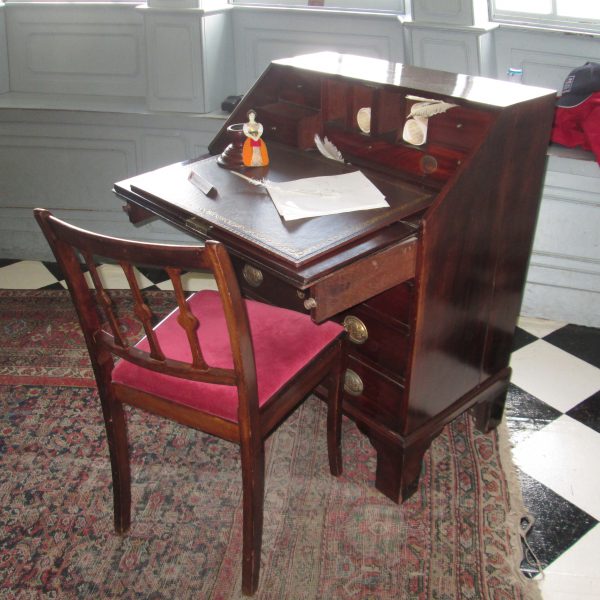 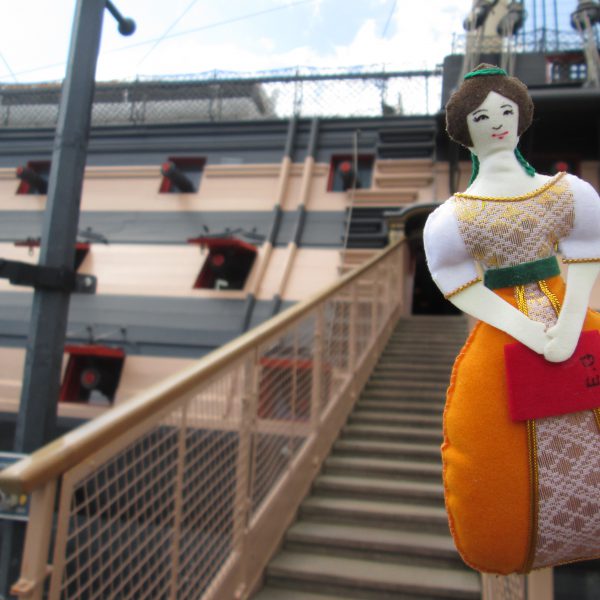 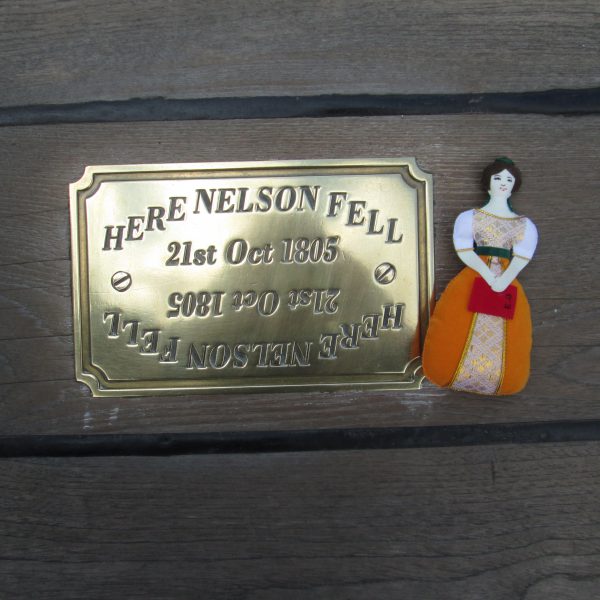