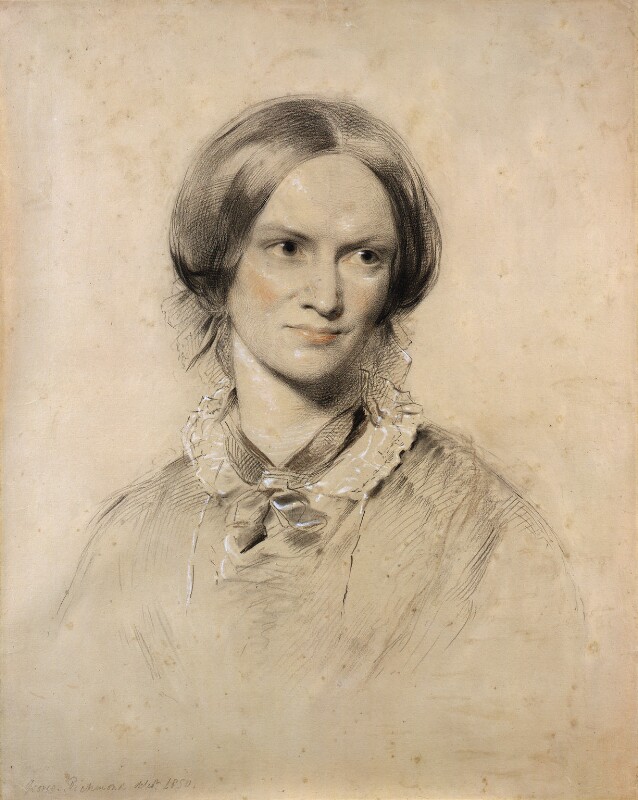 Yes indeed, Charlotte Bronte really did begin to write Jane Eyre in Manchester! And Elizabeth Gaskell gives us much of the story in her biography of Charlotte Bronte. So, what then is the story? 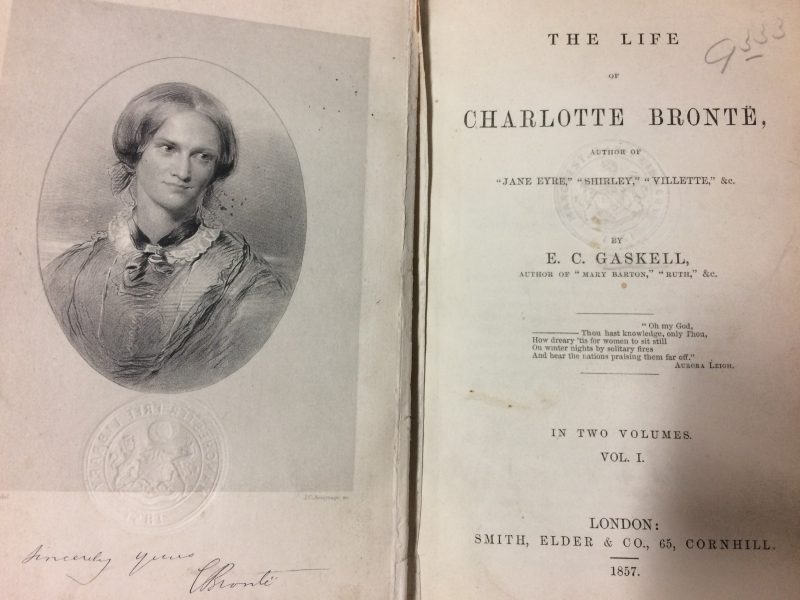 By 1846, Charlotte’s father’s sight was worsening due to cataract growth. Charlotte and Emily Bronte heard of an oculist – what we would now understand as an ophthalmologist – in Manchester who they thought might be able to help him. They visited the oculist, Mr Wilson, who told them he needed to see Patrick Bronte before he could make any decision about a possible surgical intervention.

So in August 1846, Patrick Bronte travelled with Charlotte to Manchester for a consultation with Mr Wilson, who advised an operation. While they were waiting for the surgery and during Patrick Bronte’s convalescence, they lodged with an old servant of Mr Wilson’s in – according to Elizabeth Gaskell – one of the numerous similar streets of small monotonous – looking houses, in a suburb of the town. And not very far, indeed just across Oxford Street, from the Dover Street house where Elizabeth and William Gaskell lived after their marriage.The address where the Brontes lodged was 83 Mount Pleasant – later renamed as 59 Boundary Street West – which was close to the site of the blue plaque which now commemorates their visit. 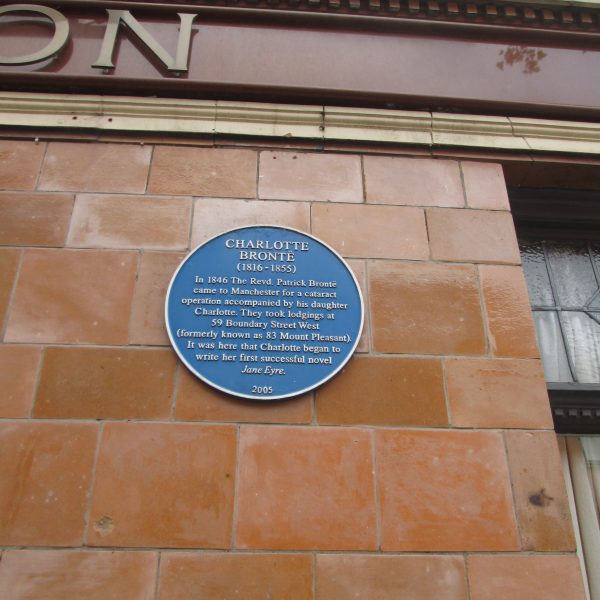 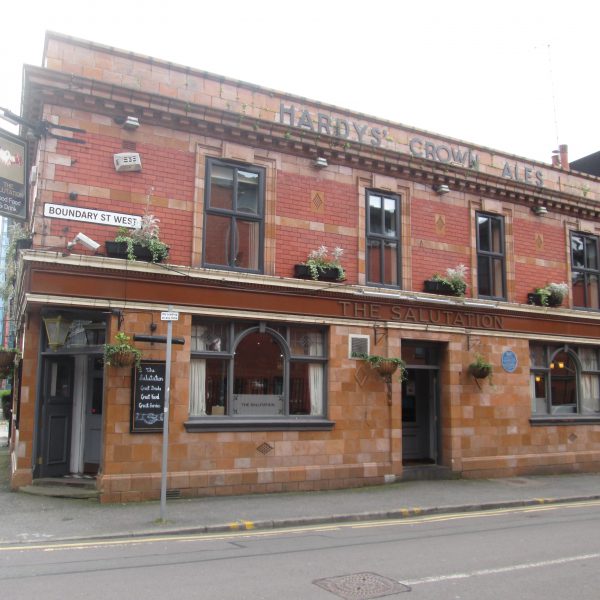 As Patrick Bronte was undergoing surgery, Charlotte’s first book, The Professor, was rejected by the London publishers she had sent it to and was returned to her. Elizabeth Gaskell records in the biography:

Among the dispiriting circumstances connected with her anxious visit to Manchester, Charlotte told me that her tale came back upon her hands, curtly rejected by some publisher, on the very day when her father was to submit to his operation.
But she had the heart of Robert the Bruce within her, and failure upon failure daunted her no more than him. Not only did the Professor return again to try his chance among the London publishers, but she began, in this time of care and depressing inquietude, in those grey, weary, uniform streets; where all faces, save that of her kind doctor, were strange and untouched with sunlight to her, – there and then did the brave genius begin Jane Eyre.

A slight Gaskell over-egging here, as Smith Elder and Co had in fact written to say that whatever the merits of The Professor, it was  too short for publication as a three volume novel but that they would gladly consider any longer work that Currer Bell might submit to them…

And the rest , as we say, is literary history. When Charlotte Bronte was in Manchester, the Gaskells were living nearby at 121 Upper Rumford Street, and Gaskell was working on the novel that would become Mary Barton. The two writers didn’t meet until August 1850, but how extraordinary to think that within  half a mile of each other in Manchester ,they were writing at the same time the books that would catapult them to literary fame !