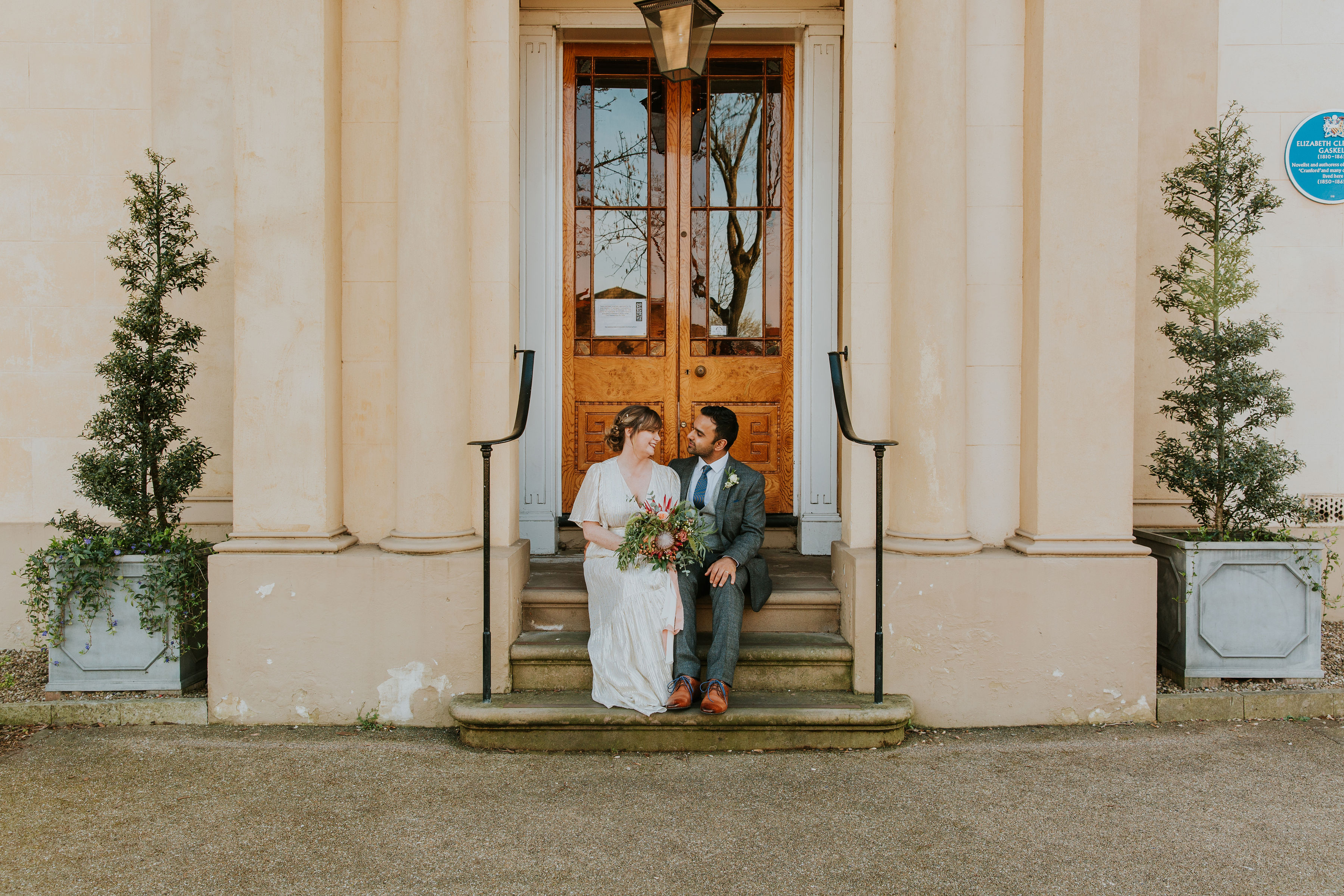 As a wedding coordinator, you might expect me to be a hopeless romantic, and you’d be exactly right!

I love all things wedding, I’m captivated by a good love story and I love nothing more than listening to how couples met and fell in love. So, as it’s Valentine’s Day, I thought now was as good a time as any, to delve into the love life of Elizabeth and William Gaskell, and for all you other hopeless romantics out there, this is what I discovered…

Shortly after graduating from the Unitarian Ministry at Manchester New College in York, William Gaskell was offered the position of assistant to minister John Gooch Robberds at Cross Street Chapel in Manchester. It just so happened, that during that same time, Elizabeth had travelled to Manchester on a visit and it was through the Robberds that we think William and Elizabeth were first introduced.

The two shared many similar interests, the first being their faith as Unitarians, as well as their common outlook on culture, their shared interest in poetry and their passion for charitable and educational projects. I however, like to believe that it was their love for the English language that truly brought them together. A talented writer and poet himself, William encouraged Elizabeth to develop her writing and continually supported her career as a novelist.

Won over by Elizabeth’s lively and courageous nature, William proposed and the two were later married on Thursday 30th August 1832 at St John’s Parish Church in Knutsford. Knutsford was a much-loved childhood home of Elizabeth’s and the wedding was celebrated in the town with patterns of flowers and verses on the ground in red and white sand.

Now although, I’d love to know what Elizabeth’s wedding dress looked like, we do know how beautiful her veil was.  Now on display in the Morning Room of the House, Elizabeth’s wedding veil is elegant and full of detail, offering us a glimpse into how she may have looked on her special day.

After the wedding, the newlyweds whisked themselves off to North Wales for their honeymoon and stayed with an uncle of Elizabeth’s near Porthmadog. The couple finally settled in Manchester where they had many happy years together at 84 Plymouth Grove with their four girls, Marianne, Margaret (Meta), Florence and Julia.

Despite having an extremely busy life with William a highly sought-after Minister, teacher and lecturer and Elizabeth always travelling for inspiration and developing her literary career, the two seemed to have a successful and strong marriage. They had nothing but continuous support and gratitude for one another’s passions and aspirations and along with an obvious deep love for one another, William and Elizabeth, were a love story in their own right.

I feel incredibly lucky as the Wedding Coordinator at Elizabeth Gaskell’s House, to have the opportunity to be a part of so many weddings here. The House is steeped in history and charm and the rooms are simply beautiful. I often like to think that Elizabeth and William would be very happy to know their home is a part of so many other love stories.