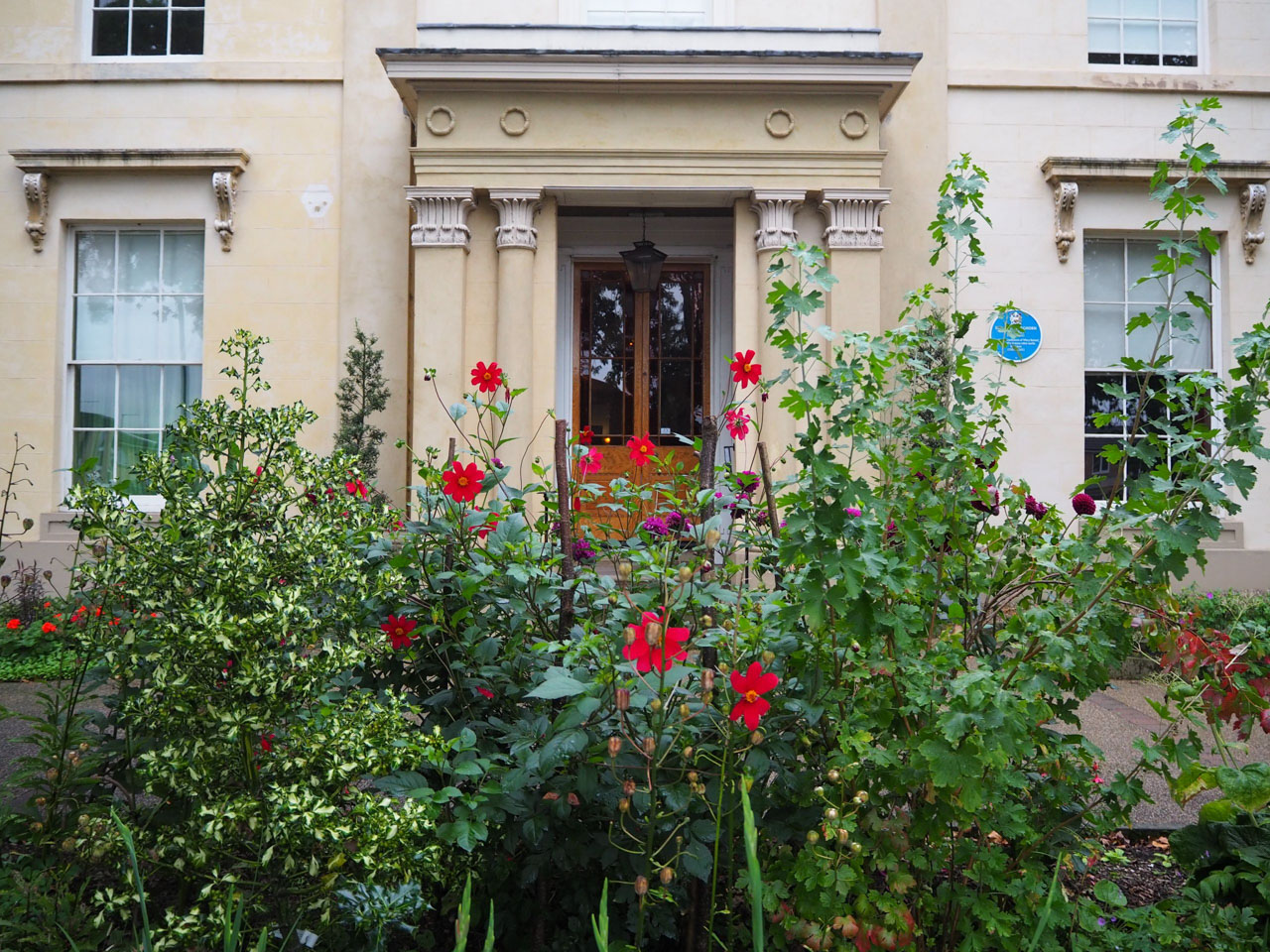 So why did you choose that plant?

It was early spring 2014 when the volunteer gardeners were able to get onto the space that is now the garden at Elizabeth Gaskell’s House. In the years since then the space has been transformed.

National Gardening Week starts on May 2nd, so it is perhaps a good time, after the disruption/hiatus of the covid years and the more physical disruption of the winter storms, to remind ourselves of the thinking that lies behind the planting and maintenance of the garden. I am not thinking here of questions of soil, aspect, situation, season etc but of considerations that arise from the garden being a part of the house lived in by Elizabeth Gaskell and her family.

Because behind the usual considerations of anyone who plants and maintains a garden, the gardeners at Elizabeth Gaskell´s House have had other reasons for choosing certain plants..

We have, for example, chosen plants, shrubs and trees that would have been available to a gardener in the early to mid 19th century, allowing ourselves a little leeway to include some that her daughters might have chosen later in the century.

We have chosen plants that are markers for different episodes in the life of Elizabeth Gaskell and her family. So, for example, we have planted Osmunda regalis in the fern bed because a contemporary of hers tells that this fern was plentiful in Knutsford, where Elizabeth Gaskell grew up.

We have also chosen plants that she refers to in her novels, short stories and letters. As there are 14 different descriptions of gardens in Elizabeth Gaskell´s novels, there is no shortage of plants to choose from.

And  we have also chosen plants that have been given the names of her contemporaries, people that she knew or events she refers to. Pictured below is a pelargonium, Crystal Palace Gem, and a nasturtium called Empress of India, a title not created till 1877, so a plant from when William Gaskell and his daughters were living in the house.

My intention is to cover these different plant choices in future blogs so those who are interested can have an idea of the structure that lies behind some of the plant choices that have been made in the garden.

Want to find out more?
Join us on 8 June for an online talk on The Gaskells’ Garden by gardener and Gaskell Society speaker Jackie Tucker.
Book here