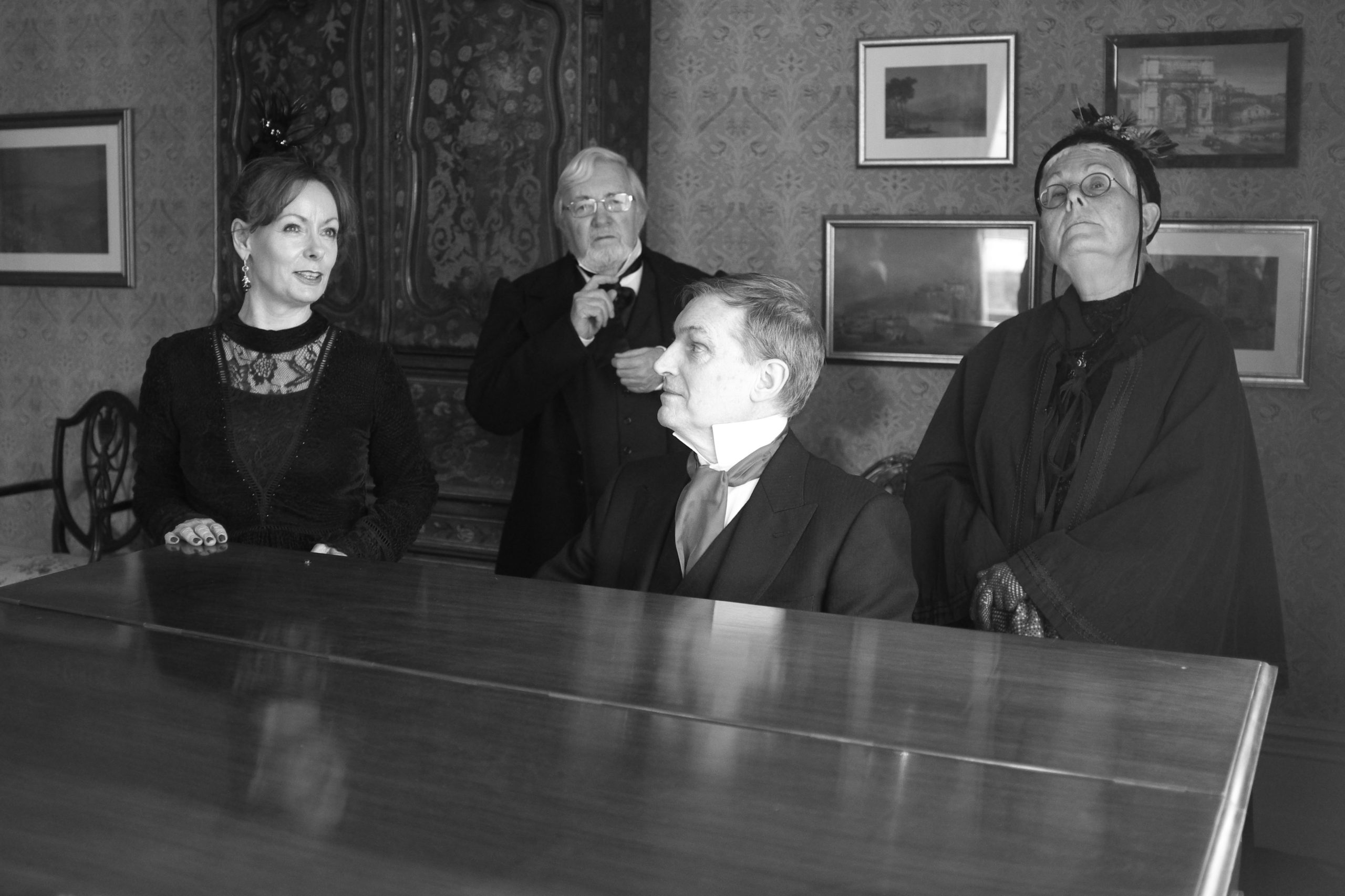 A group of Elizabeth Gaskell’s House volunteers got together at the end of last year to start rehearsing a dramatization of Elizabeth Gaskell’s short story The Old Nurse’s Story, first published in 1852 in a collection under the same title. Dr Diane Duffy had done a brilliant job in adapting the story and the cast of nine soon got to grips with the script.

Costumes were provided by the impressive collection in the House supplemented by the Royal Exchange’s costume hire facility plus individual items brought from home. Special effects were a crucial part of the final performance and thanks must go to Diane and Anthony Burton for assembling them, Dianne Bamber for coordination and production on the night, and to Robert Nicholls for outstanding organ playing. Lesley Burn’s screams and sobs will be remembered for a long time!

There was an initial read-through performance for the annual lunch of the Gaskell Society at Cotton’s Hotel, Knutsford in mid-January which was very well received, a few more nervous rehearsals and then the premiere on 2 February 2020. To a sell-out audience of 35 the Gaskell Players brought Elizabeth Gaskell’s words alive and the performance went down a storm.

A huge thank you must go to Diane, for all her hard work in bringing it to fruition, particularly in refining the stage directions to make the action flow seamlessly. As for me, I don’t know when I last enjoyed myself so much being part of a great team, and doing something I never thought I could.

Bookings are already being taken for a second performance on Halloween, 31 October 2020 – you can book via this link