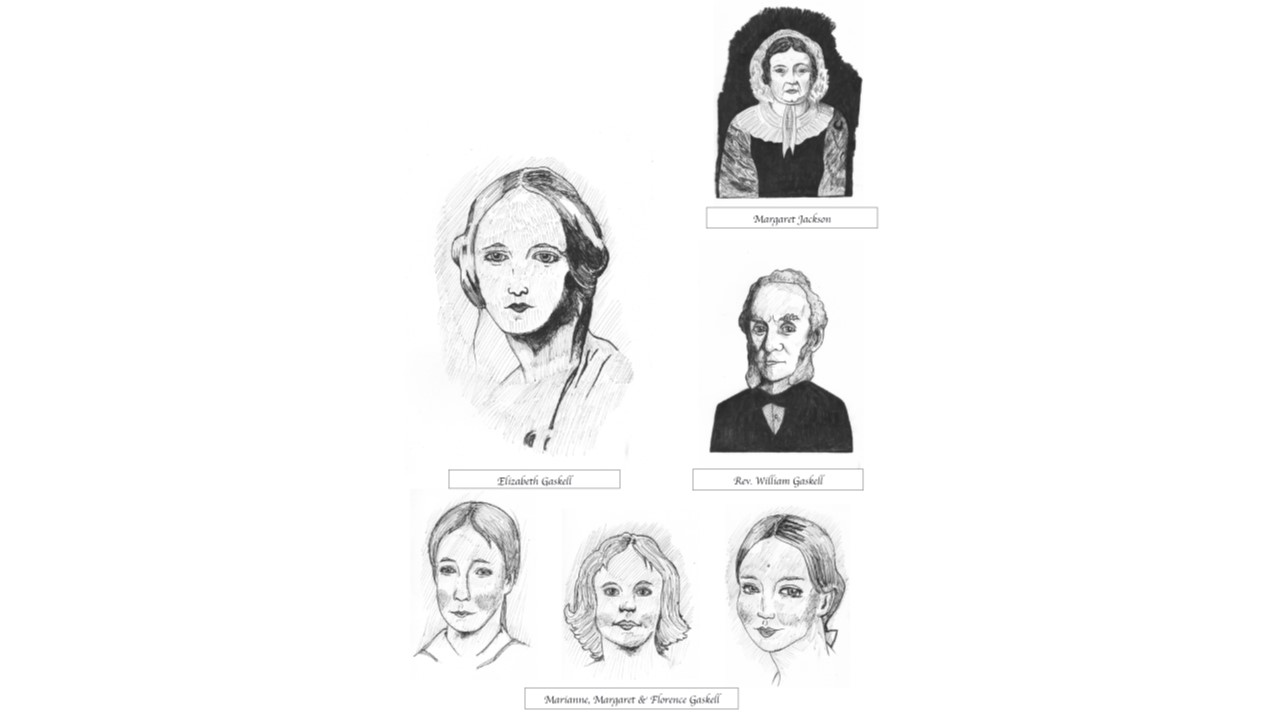 I have also done some research into Elizabeth Gaskell through a book that I have got at home called ‘The Colour Library Book of Great British Writers’. In addition, I have also looked at the Gaskell family tree, which Sally shared with me in one of my sessions.

Finally, I decided to do some portraits of the Elizabeth Gaskell family members, because I like drawing faces. The reason I am attracted to portraiture is because of the way different angles of faces can suggest moods and emotions. For example, if a person is looking up, that can suggest happiness and positivity, whereas if the person’s head is looking down, it can suggest sadness or mourning. I also like the looks expressed in people’s eyes, for example they can show fear, anger, happiness or shock. I liked the idea of drawing the family members in my own way, so I used
images of their portraits that are displayed in the different rooms of the house.

Venture Arts is an award-winning visual arts charity based in Hulme, Manchester. They support people with learning disabilities to reach their full potential through arts and culture.
Find out more https://venturearts.org/