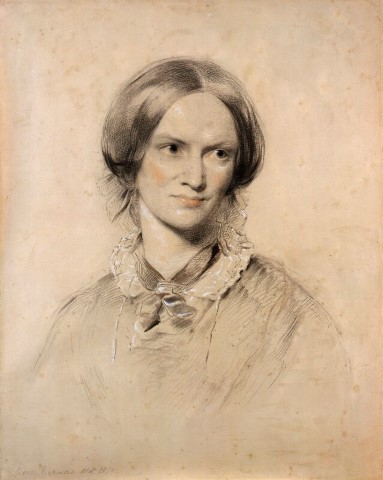 1857 is the year Gaskell’s biography The Life of Charlotte Bronte was published.

On 7 February, Gaskell writes to Laetitia Wheelwright: I have today finished my Life of Miss Bronte; and next week we set out for Rome. Interesting to note here that her correspondent Laetitia Wheelwright is one of the five Wheelwright sisters who attended the Pensionnat Heger while Charlotte and Emily Bronte were studying there. Laetitia’s three younger sisters were taught by Emily Bronte and Laetitia doesn’t have a good word to say about her: I simply disliked her from the first…She taught my three youngest sisters music for four months to my annoyance, as she would only take them in their play hours, so as not to curtail her own school hours, naturally causing tears to small children…

Delighted to have finally finished with the biography which she had found so taxing to write, Gaskell hurries off almost immediately on 13 February for Rome travelling via Paris. It is on the 24 February that she has her first meeting with Charles Eliot Norton at the beginning of what she always remembers as a magical holiday. Meta Gaskell describes the meeting : there stood out the figure of a young man just below the balcony, smiling up at my mother, whom he knew he was to see there…

The Life of Charlotte Bronte is published in two volumes by Smith, Elder on 25 March. A second edition is published on 23 April. Elizabeth Gaskell receives £1000 from George Smith in payment, and a further £200 for the extensive revisions she has to make for the third edition of the book following the complaints and threatened libel suits levelled at the first and second editions. George Smith has to recall unsold copies of editions one and two, and reissue a revised third edition in September. And it is William Gaskell, at home in Manchester, who has to field most of the fallout from the disgruntled such as Lady Scott, accused of seducing Branwell Bronte, and Carus Wilson, the head of Cowan Bridge School which had been identified as the dreadful Lowood in Jane Eyre.

And in the wider world?

And to forever cheer our Christmases, James Lord Pierpont composes a tune he calls One Horse Open Sleigh, which we all hum today as Jingle Bells!