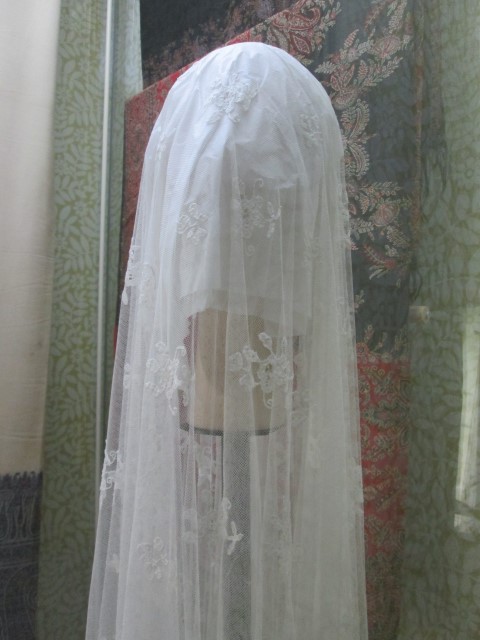 On September 30,1832 Elizabeth Cleghorn Stevenson married William Gaskell at St Johns Parish Church in Knutsford. It’s likely she met him in the autumn of 1831 when she visited Manchester with Ann Turner, the daughter of William Turner, the highly respected Unitarian minister from Newcastle. Elizabeth had spent quite some time in Newcastle with Ann and her father on two extended visits in the early 1830s, and was drawn into their wide-ranging social and cultural circle which undoubtedly had a great influence on her.

It was on her second visit to the Turners in 1831 that she went with Ann to stay with Mary, Ann’s elder sister who was married to John Gooch Robberds, the senior Minister at Cross Street Chapel – the chapel where William Gaskell had recently taken up his first post. It’s in the Robberds’ drawing room that I imagine William was first introduced to Elizabeth. But what were her expectations of marriage?

As the wife of a thoughtful Unitarian man, as William Gaskell was, she would be expecting a marriage which reflected his theological commitment to giving everyone a voice, both men and women; supporting each individual to develop their unique skills and talents. She certainly expected to retain her identity within the marriage and not to be incorporated into Mrs William Gaskell. Writing to William’s sister, Elizabeth, just after her marriage to Charles Holland she writes: ‘It is a silly piece of bride-like affectation my dear, not to sign yourself by your proper name, Kate signed herself right the day after her marriage, and all the sensible people admired her – I among the rest. So goodbye my dear Mrs Elizabeth Holland.’ She always signed her letters E C Gaskell or Elizabeth Gaskell. But before her wedding, she was undoubtedly reflecting on how her change of status would impact her expression of her self. In a letter to her Newcastle friend, Harriet Carr, on August 8 1832, a few weeks before her wedding day she writes: ‘… I am to learn obedience the 30th of this month. Never having received a letter from anybody similarly situated, I don’t in the least know how to express myself on the occasion but I fancy ‘to learn obedience’ is something new – to me at least it is.’

Given her closeness to the whole Turner family and our understanding of the influence William Turner had on her, it is tempting to consider here a letter he wrote to his daughter Mary, just before her marriage to John Gooch Robberds. Although Mary Turner was married twenty years before Elizabeth Stevenson, the description of the duties and responsibilities of a Minister’s wife which Mary’s father outlines, might reflect some of the internal conversations Gaskell was having before she married. I will quote from the letter in some detail here. Turner writes: a wife is not ‘an upper servant, but ( ) a companion and helper, to make his home comfortable and his meals pleasant, when he returns from the discharge of those public or more private duties by which he is to make the necessary provision for the common maintenance. ( ) But to have done with generals; it was my object to point out some of those particular duties which may be required from the wife of a Minister connected with such a congregation as that at Manchester. ( ) A Minister’s Wife ought, therefore to study her husband’s reputation, and give weight to his instructions, by her own discreet and prudent conduct. – In the management of her family, aware that she has taken upon herself the task of making a limited income support a respectable appearance, she will study the arts of frugal but decent housekeeping: and will be particularly careful that no needless expenses be incurred on her own account. ( ) You will not forget that you are to help encourage and support your husband, by cultivating a prevailing cheerfulness, both of countenance and heart. In the ordinary course of his multiplied employments, he will often return from the school, the study, or from visits abroad, fatigued and exhausted; let him find his home made comfortable by pleasant looks and cheerful conversation, or by a readiness to join in plans of relaxation by such reading as you can both be interested in. ( ) you must be his refuge, his comfort and counsellor. In no such cases will you ever aggravate; but soften and conciliate as much as possible. ( ) Neither do I think you are in any great danger of contracting a meddling gossiping habit, or giving countenance or encouragement to those who have. A more mischievous quality can scarcely be imagined. ( ) But besides cheerfulness and active cooperation, fidelity to admonish your husband, if any case should occur of neglect or deficiency, and to remind him of his duties, whether general or particular, will never , I persuade myself, be undervalued or ill-received by him. You may indeed be of great use to each other in maintaining your respective provinces regular, by keeping an exact account of the business of each day, and comparing notes, every night before bed-time, of what each has respectively done or omitted doing,’

The full letter can be found in Private Voices: the diaries of Elizabeth Gaskell and Sophia Holland edited by J A V Chapple and Anita Wilson. It makes very interesting reading – William Turner is describing marriage as a relationship of gendered role division and separate spheres but for him it is also one in which wives have some power – to admonish in cases of neglect or deficiency- and one where a shared life is important to domestic happiness. Elizabeth Stevenson might have been particularly exercised by his condemnation of gossip – it’s her life blood after all!

And how wonderful that couples can now get married in our lovely House – surely Elizabeth and William Gaskell would wish them all a very happy life together?