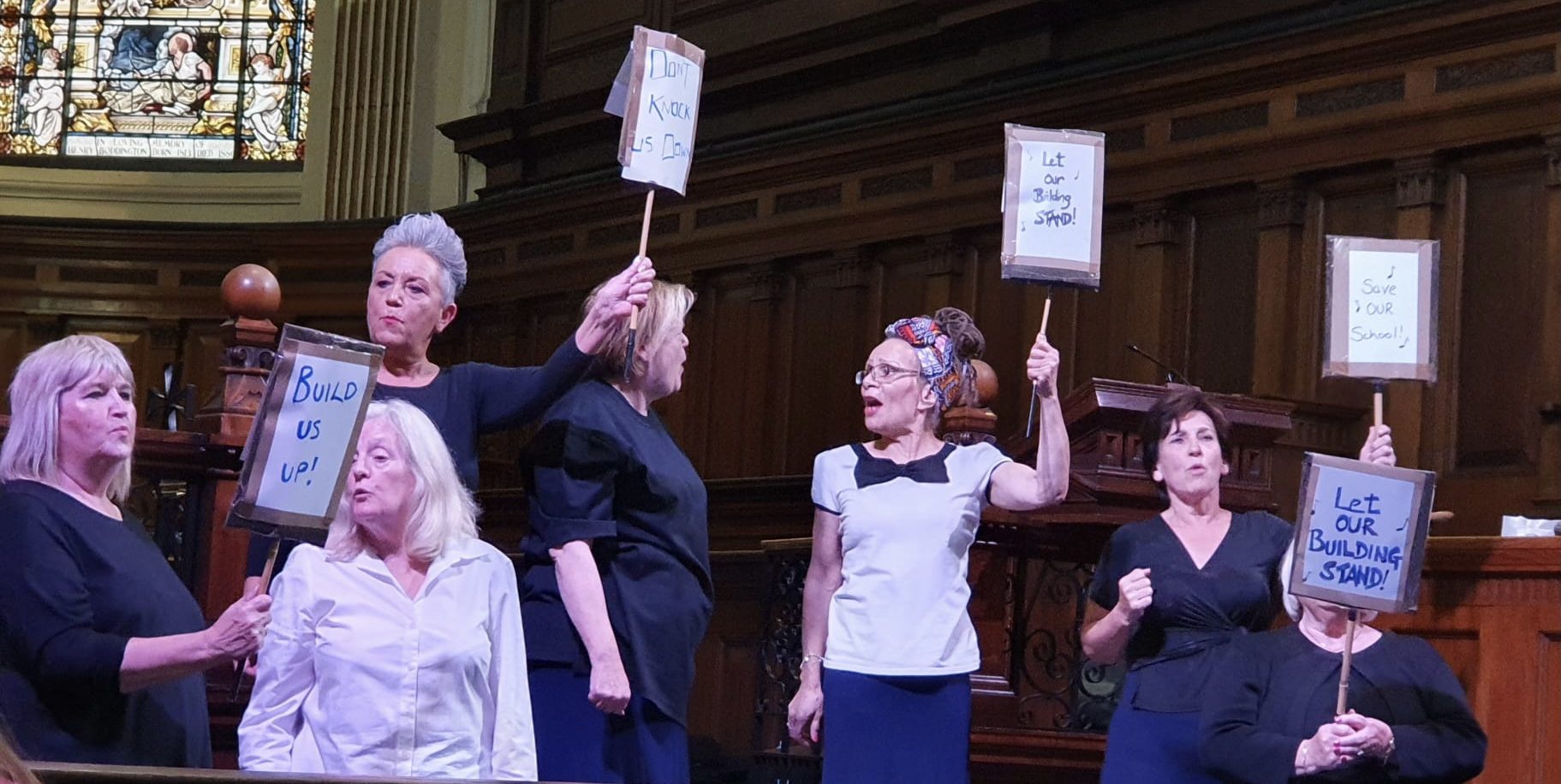 It was a hugely entertaining afternoon at St Ann’s Church on Saturday afternoon when Herizons, a creative group of women based at Elizabeth Gaskell House with enJOY Arts, performed a musical drama telling the story of the Northern School of Music, 1920-1972.

There were several familiar faces amongst the cast and production team from volunteers and workers past and present, and the show was produced and directed by Erica Adkins and Claire Mooney. The nine very talented women of Herizons devised and performed the play with Erica as narrator, to celebrate the centenary (a year late thanks to the pandemic) of the founding the Northern School of Music in 1920.

Who knew that the origins of the now well-known and much-loved Royal Northern College of Music, or RNCM as it is affectionately known, lay in a school established through the dedication and energy of one woman – Hilda Collens – and was run for women, by women,with the motto “music conquers all”?

Its first premises were rooms above the music shop, Boosey & Hawkes, on Oxford Road. Weathering numerous challenges, including World War Two, the school found itself in 1955 at the heart of negotiations to merge it with the Royal Manchester College of Music, much to the dismay of Hilda Collens, who died of a heart attack shortly after. The school secretary Ida Carroll was unanimously voted principal in her place in 1958 and took the school forward to its final merger to create the RNCM in 1973. Through songs and action, and rapid costume changes, Herizons took us on an informative, entertaining and moving journey.

St Ann’s Church was the ideal location for the performance as there is a window in the side chapel dedicated to Hilda Collens, by Alan Bryson, which was installed in 1970 to commemorate this remarkable woman. A huge thank you to all involved in bringing her story and that of the Northern School of Music to light.

« Elizabeth Stevenson – becoming a wife…
1810 is Elizabeth’s birth year – but what else is happening? »