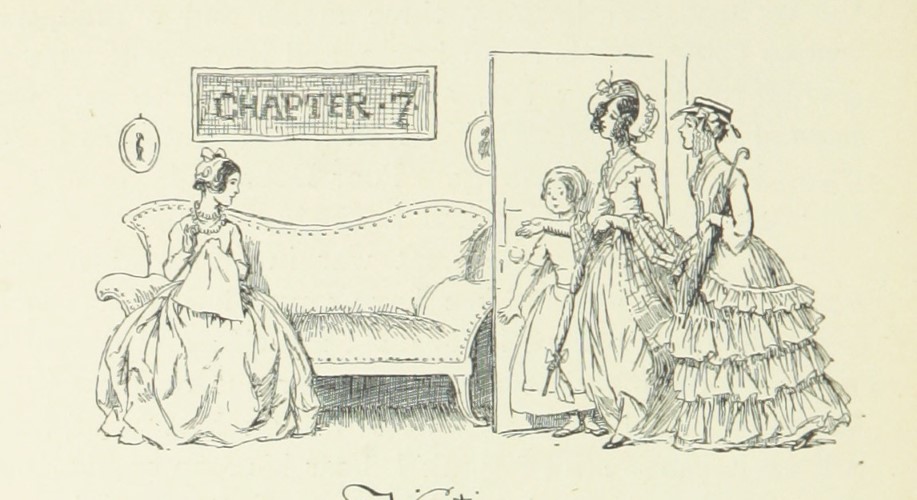 Tea in Bright Green Canisters, and Comfits in Tumblers.

Mr Simms Olde Sweet Shoppe: Purveyor of the Finest Confectionery, is a rapidly growing ‘family of shops’ selling old fashioned humbugs, lollipops and other traditional sweets in large screw topped bottles. Their popularity tells its own story. A certain nostalgia surrounds them and their ‘old fashioned’, ‘traditional’ and family values suggesting a quality and wholesomeness that today’s produce has lost; however, they do sell Haribos! In this, the final episode of my series ‘Tea at Cranford’, I show that such assumptions about the past might well be misplaced. The adulteration of comfits, confectionery comprising dried fruits, nuts, seeds or spices coated with sugar candy, was gradually increasing during the mid- nineteenth century, thus calling into question our preconceptions that old fashioned is automatically synonymous with ‘good’.

When Miss Matty opens her very ‘respectable’  tea shop in Cranford, tumblers full of comfits are displayed on the shelves, nestling against a variety of  ‘tea in bright green canisters’. These comfits were produced in a variety of attractive colours, red was popular, and what better for Miss Matty, who loved children, than ‘to tempt the little people to come about her’ with a bright array of sugared candies. Children lifted her spirits which had been somewhat depressed after she had lost much of her income when the bank failed. In fact, Moreover, Miss Matty often treated the children by slipping an extra sugar candy into each of their bags ‘because ‘”The little things like it so much!”.  Unfortunately, these small acts of kindness ‘made every sale into a loss to her pocket’, as well as having a potentially detrimental effect on the children’s health.

Warnings about the dangers to health caused by an excessive consumption of sugar-coated sweets and lozenges appear on a number of occasions in the text. When Miss Matty’s brother Peter ‘boldly asked for a pound of “those things”’ as a way of announcing his return from India,  Miss Matty’s delight at being reunited with her brother, is tempered by her distress at‘ the idea of the indigestion […the comfits] would produce, taken in such unlimited quantities’ Similarly Mary, the narrator of Cranford, cautions Miss Matty against giving the children too many sweets, reminding her friend ‘how unwholesome almond-comfits were, and how ill excess in them might make the little children’.  It is this last sentence that reflects the substance of William Henry Wills’ article, published in Household Words, 0n 25th January, 1851, and entitled, ‘Death in the Sugar Plum’. It is quite likely that Elizabeth had read this article which might explain why she repeatedly stresses the dangers of eating too many sugared sweets.

Wills begins by using seductive language to present the attractive nature of these bonbons. Their size, ‘about the size of pigeon’s eggs’; their colour, ‘captivating to the eye, being of a bright red colour’; their taste, ‘tempting…, being almonds encased in a sugary compound; and their price, ‘easy to be procured, being about a penny per dozen’– at such a price how could anyone resist? Well clearly many couldn’t, and Wills cites the case of a nineteen-year-old girl who died in agony from a surfeit of burnt almonds; neither does he stint on providing some quite gruesome details.

The girl, after purchasing a second ounce of sugared almonds in a week, began to experience violent stomach pains and sickness, exhibiting ‘all the symptoms of having taken poison’. These symptoms worsened over a two week period, culminating in her death from severe inflammation, collapse and ultimately strangulation of the intestines. Even a ‘painful operation’ was not enough to save her life!

As a consequence, an investigation into the manufacture of these comfits was undertaken by one of the country’s most eminent toxicologists, Dr. Letheby, and his findings make quite uncomfortable reading:

These poisonous sweetmeats are sold in every treet; and they not only contain poison in
the colouring matter, but sulphate of barytes, species of plaster of Paris procured from
Derbyshire, enters largely into their composition in the place of sugar

Dr Letheby also discovered portions of lead in these sugared almonds and lead, he goes on to say:

‘is a very insidious poison, and that it cannot be taken, even in very small quantities, for any length of time, without producing serious effects on the animal economy; it ought not, therefore, to be introduced  under any circumstances, as a constituent of our food.‘

While the number of deaths caused by these additives appears relatively small, seventy recorded in three years, there was still a cause for concern. Letheby believed that dangerous chemicals were too easy to acquire and ‘unless the public themselves make some effort to put a check on the practice, more serious results will yet follow’. His main worry here was the purchase of poison which was sold without any rigorous government control.

Two months earlier, in early November, 1850, Wills had written a shocking article for Household Words about the ease with which poisons could be acquired by the general public. He notes that: ‘in the ten years which ended with 1849—putting aside accidental poisonings, which were countless—the appalling number of two hundred and fifty nine persons were murdered by poison’. It was this easy access to poison, coupled with poor laws controlling the manufacture of food stuff , that Wills believed caused so many deaths ‘which cannot, I think, create much surprise, when we consider how recklessly the manufacturers of  cheap confectionery are permitted to practise their art.”

Here we note the crux of Wills’ argument, it was cheap confectionery that was the real issue, confectionery that was sold mainly to the poor. Wills, like his editor Charles Dickens and Elizabeth Gaskell, was campaigning for a fairer society where the poor were not exploited because of their poverty. Their very lack of money made these people vulnerable, the victims of unscrupulous manufacturers and traders peddling cheap and often substandard goods. Bread was one area of concern as I explained in my previous article, for bread was a necessity for those on the brink of starvation, another product consumed by the poor as a ‘treat’ when they could afford it, was confectionery. What annoyed both Wills and Letheby, was that these dangerous additives were never found in the more expensive items; the rich were protected by their money, the poor were not:

‘ The colouring matter used for the best confectionery is comparatively harmless. In this, as in most similar cases, it is the poor alone who suffer. Our warning is raised more especially against cheap sweetmeats; and against these — as against poison in any form— the less educated and affluent ought to be protected; but in this country, when a deadly evil affects chiefly or wholly the poor, it is allowed to have full sway.‘

Let us hope that Miss Matty’s straightened circumstances did not force her to purchase cheap comfits for her tea shop. If that were the case, Peter Jenkyns might be throwing down poisonous ‘treats’  to the:

‘troops of little urchins [who] gleefully awaited the shower of comfits and lozenges that came from time to time down upon their faces as they stood up-gazing at Miss Matty’s drawing-room window.‘

Don’t miss our new exhibition – A Love Affair with Cranford

« Charlotte Brontë and Elizabeth Gaskell
That Pretty Libertine of the Hedges »