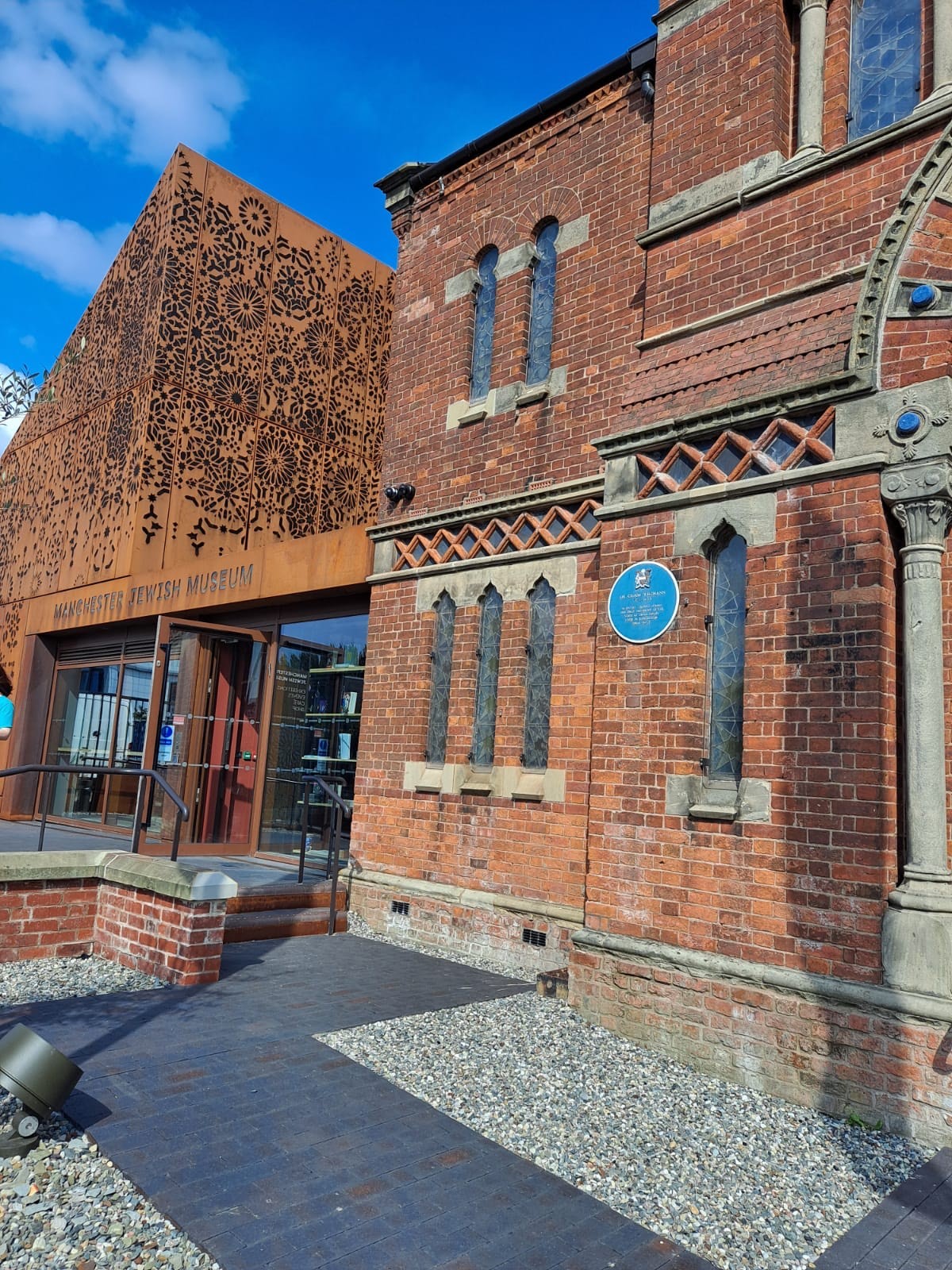 Like Elizabeth Gaskell’s House, the Manchester Jewish Museum is one of Manchester’s smaller, and perhaps less well known, heritage gems which work collaboratively as the Hidden 8 – though with the recent addition of Manchester Histories, the 8 has become 9! I’m rather ashamed to say I’ve visited only five – why have I never been to the Greater Manchester Police Museum or to the Working Class Movement Library?

But I have now visited the wonderfully re-imagined Manchester Jewish Museum on Cheetham Hill Road which has recently re-opened following a £6 million redevelopment. As well as new galleries, a learning centre and a lovely cafe, the synagogue, which was originally built on the site in 1874, has been restored, and is quite beautiful.

I knew that Jewish people have always made an enormous contribution to the social, economic and cultural life of Manchester, but the scale of the contribution outlined in the new galleries is still astonishing. Who knew that Slazenger and Dannimac – to name but two – are Manchester Jewish companies? There’s so much to see and absorb that this is a museum to return to again and again. Our lovely volunteer guide Shona gave us a personal tour of the synagogue which glows with colour and light. And ever the volunteers, we swapped stories – always an interesting experience!

And Gaskell connections? Well, of course there are some! Until recently, there was a trowel on display in the morning room of the House, which was on loan to us from the Manchester Jewish Museum. It had been used in 1857 by congregation president, Horatio Micholls, to lay the foundation stone for the first Jewish Reform Synagogue in Manchester – the Manchester Congregation of British Jews. And what is the connection? Horatio Micholl’s brother, Henry, lived at our House on Plymouth Grove from around 1842 until 1849, before the Gaskell family followed him in 1850. William and Elizabeth Gaskell would have known Henry Micholls. They were very friendly with the Behrens family and Henry married Frederica, one of the Behren’s children. He was also in business with Philip Lucas who was Mrs Behren’s brother. Did the Gaskells discover that the house was for rent though the Behrens? I wonder… To explore more about the Gaskell’s neighbours at Plymouth Grove, Diane Duffy’s blogs are a great source of information – you can find them here and here.

For a fascinating afternoon exploring Manchester’s history, I would recommend a visit!